US expecting Nigeria to ‘fight for their lives’ 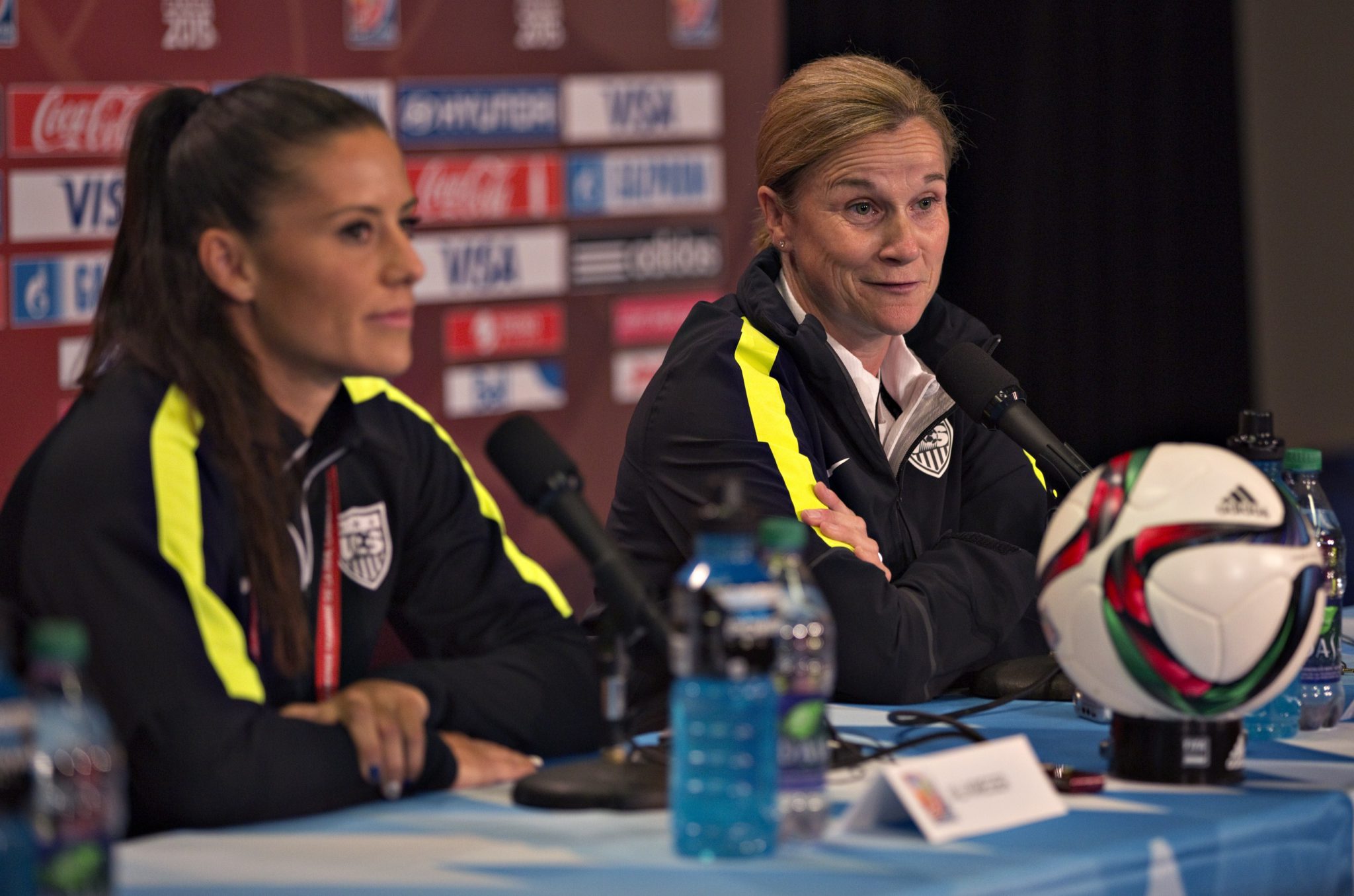 Okon said, as he did for Nigeria’s first two group games against Sweden and Australia, that he isn’t concerned with what his opponent does.

The only problem is that this time, his opponents are the No. 2-ranked Americans.

“I have not watched any of it yet,” Okon said of the United States’ last match against Sweden, a 0-0 draw (disingenuously, it would seem, since Nigeria was in the stands Friday for some of that game). “I have not watched. I only concentrate on my team.”

Nigeria finds itself in a must-win situation. It is the only result that would see the Super Falcons out of the daunting group. And that will likely mean a hungry Nigeria team.

“I expect them to fight for their lives,” U.S. midfielder Lauren Holiday said. “This isn’t a lesser Nigeria team. I think that this team has shown extremely well and we’ve watched them and I think they’re a great team.”

[ KASSOUF: Wambach says she, US would score more goals on grass instead of turf ]

Must-win has a different meaning for the Americans. Winning Group D and advancing to play a third-place finisher from another group in Edmonton next week looks to be the most favorable path to the final. A second-place finish means a cross-country trip to Moncton, New Brunswick, for a Round of 16 match against mighty Brazil, winners of Group E.

There are too many variables to yet predict the United States’ next opponent, so coach Jill Ellis is worrying about one game at a time.

“I’m prepared for this, so it’s not necessarily that anything has changed,” Ellis said. “If you were to say that, hey, you’re in a Group of Death and in your last game you have an opportunity to win it, I’d take that.”

Even an unexpected loss for the United States would likely see the Americans advance, either in second or third place.

Asked about the stakes of the match, Okon danced around the topic. “I leave it to the team,” he said.

Both teams scored three goals in their respective opening matches before the well dried up on Friday, for Nigeria in a 2-0 loss to Australia and for the United States in a scoreless draw against Sweden.

The Americans spoke openly all week about their need to get their forwards scoring. All five forwards played in Friday’s match, which only saw the U.S. put two shots on goal. Most concerning for the U.S. was the lack of chances created, rather than unlucky finishing.

“We have to be patient,” Wambach said after Saturday’s training session. “We can’t force goals to happen. We have to work for them.”

Nigeria’s issues aren’t dissimilar. Forward Asisat Oshoala entered the tournament as a star to watch, having recently been named BBC Women’s World Footballer of the Year and won the Golden Ball and Golden Boot at last year’s U-20 World Cup. Oshoala scored against Sweden but was largely kept in check on Friday against Australia, although she squandered one golden opportunity, missing an open net at the back post.

“The speed of play is quite different from the junior level,” Oshoala said Monday.

“This is the senior level and it’s not different, I would just say that the pace of the game is quite different from that of the junior level. But I think talking about the football generally, there’s not much difference. Football is being played the same way. When you go to the higher level, you see a few different things at the higher level.

Now Oshoala will need to prove her mettle on the senior stage against what has been the group’s toughest defense thus far. Becky Sauerbrunn and Julie Johnston have anchored a U.S. defense that opened the tournament with a shaky 20 minutes – and got bailed out by Hope Solo – but only conceded once to Australia.

Okon prefers to remain mysterious about his tactics and his lineup. Before Nigeria’s opening match against the U.S., Okon said he knew “nothing” about Sweden.

On Monday at BC Place, Nigerian players only stretched and worked on basic passing drills in the 15 minutes of practice that were open to the media.

Ellis is thankful to be playing Nigeria last, since she’ll have two full games of tape to use to scout the Super Falcons. Australia coach Alen Stajcic best described Nigeria last week before playing the African champions: “They’re predictable in that they are unpredictable.”

A fitting summary for a team that could do just about anything on Tuesday.

Three things learned: Youth coming through for Canada
Women’s World Cup — what we learned on Day 10