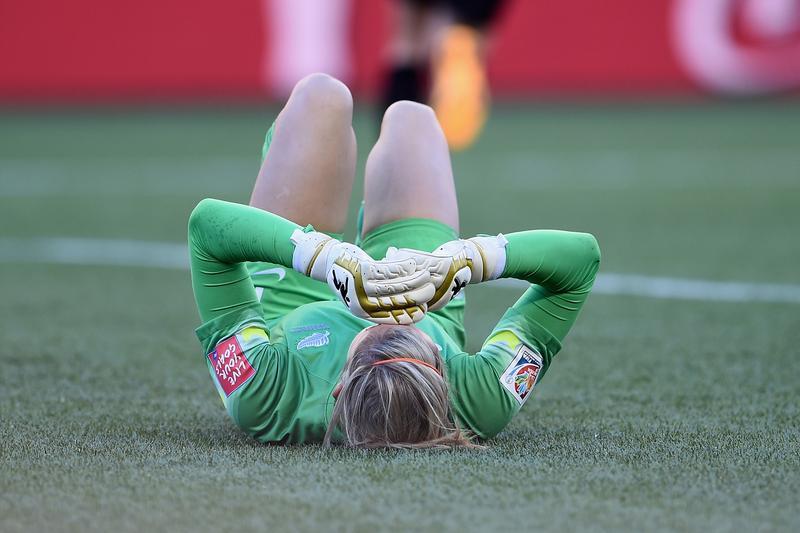 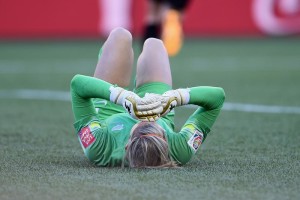 New Zealand’s first two goals of the World Cup were not enough to secure the victory they needed in a crushing 2-2 draw against China in Winnipeg.  The result puts China into the Round of 16 as Group A runners-up to China while New Zealand exit their fourth World Cup without having advanced from the group stage or won a single match.  An exciting match may ultimately be remembered for a dubious handball whistled against New Zealand that allowed China to level the match 1-1.

Entering play New Zealand were the only team yet to have scored at the World Cup.  But the supposedly impossible task of pressing the Chinese defense proved to be within their grasp as the Oceania champs were pushing the issue through most of the opening half hour.  They broke through in the 28th minute when Ria Percival’s well-placed corner kick popped free at the far post and Rebekah Stott one-timed it from inside the six.  It was Stott’s maiden international goal.

The game took an unfortunate turn on 40 minutes when a referee blunder put China on the spot.  Wang Lisi finished beyond the outstretched arms of Erin Nayler, but the story will be the ball that bounced off the midsection of Betsy Hassett who was somehow called for a handball.  Replays showed conclusively that Hassett’s hands and arms never came close to the ball.  Nevertheless New Zealand were forced to halftime tied, a result they knew was not going to be enough.

The next error came from Nayler who to that point had enjoyed a stellar tournament keeping goal for New Zealand.  But after China was allowed to knock the ball around not far from the 18-yard box, Wang Shanshan slipped behind Abby Erceg to take a cross and Nayler played it halfway allowing Shanshan to knock it in and give China the lead.

New Zealand replied almost immediately.  Television was barely through showing replays of the China goal when Amber Hearn headed Percival’s far-post cross back in front of goal and Hannah Wilkinson took advantage of a crowded box by sticking a foot on it and tying the game again.

That left New Zealand better than 25 minutes to get the win but they were unable to do so.  By the end of the night China were resorting to stall tactics including coach Hap Wei shielding an opposing player from picking up a ball for a throw-in.  Wei was dismissed from the field for his antics though he had barely disappeared from view when the final whistle sounded triggering his smiling return.  Perhaps because of Wei’s gamesmanship, New Zealand coach Tony Readings declined a postmatch handshake as Wei walked past a stunned New Zealand coach still standing near his bench.

China will play Saturday in Edmonton against the Group C runner-up, likely the winner of Tuesday’s Cameroon-Switzerland match.