Women’s World Cup — what we learned on Day 8 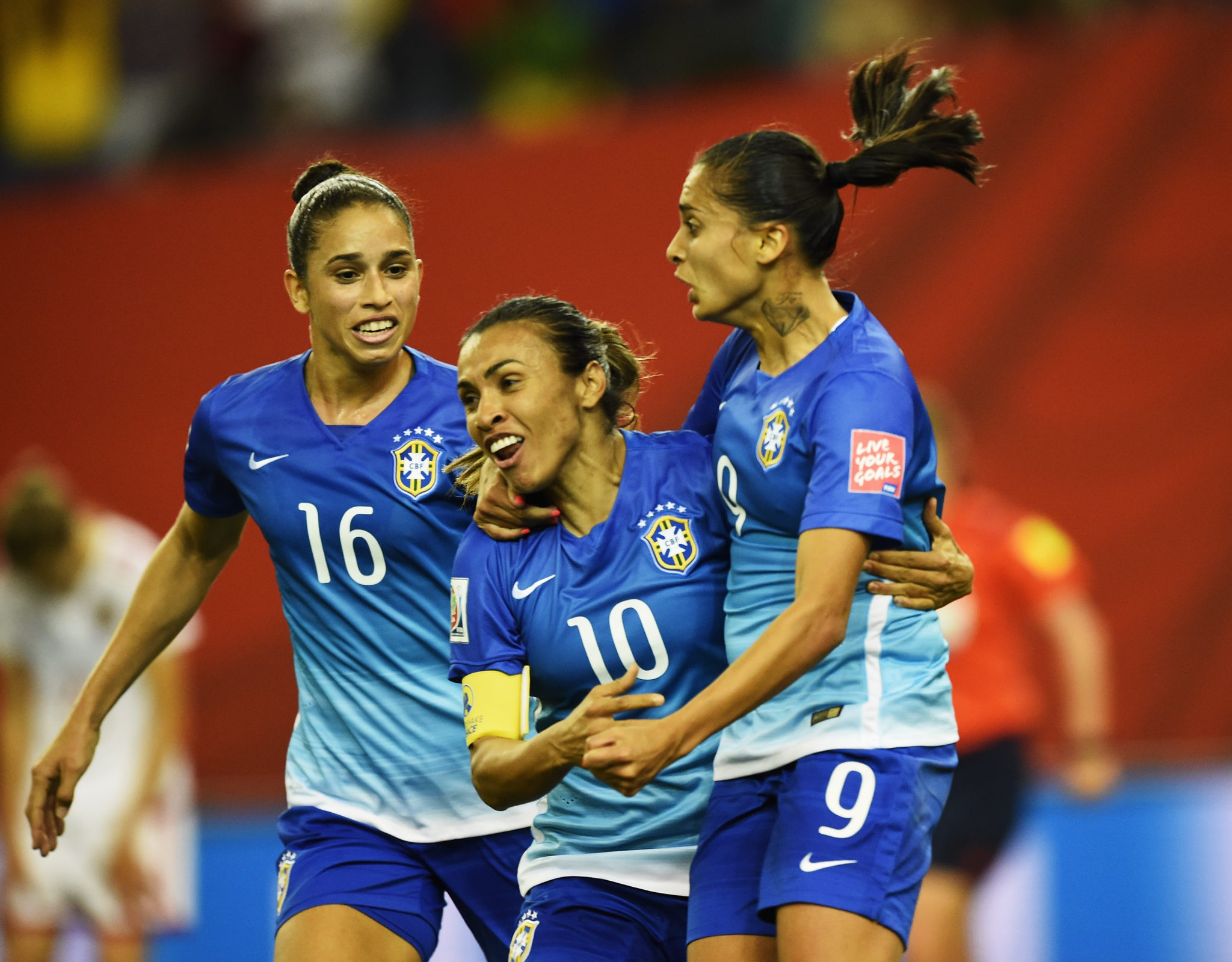 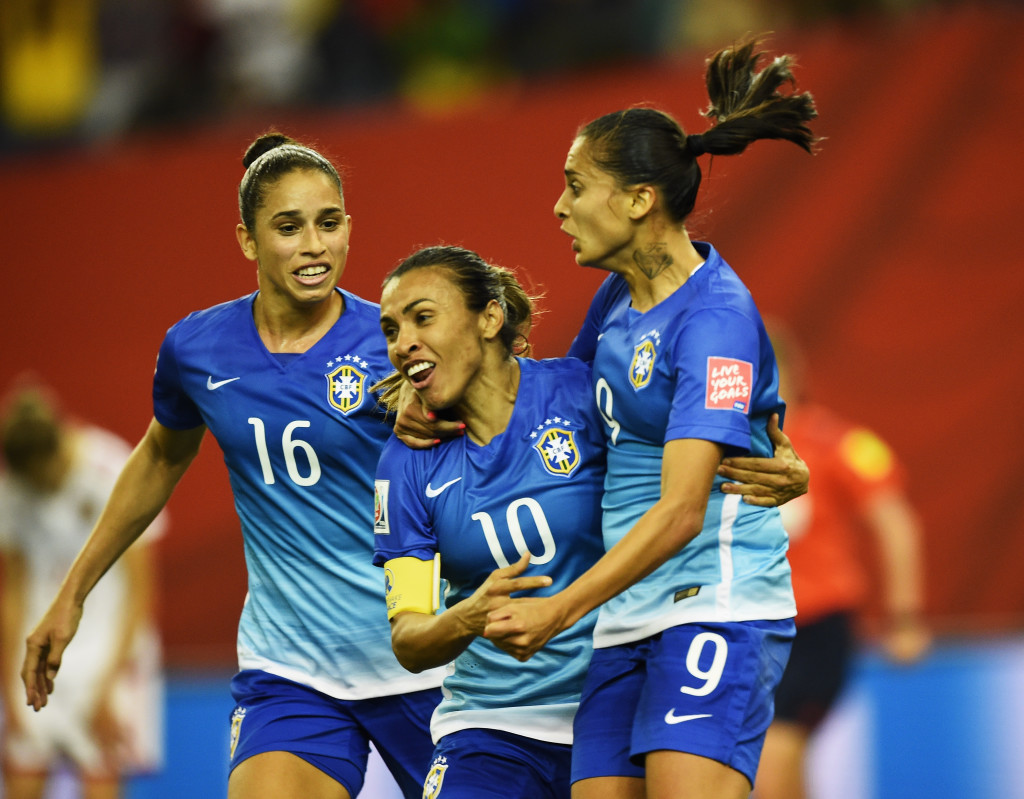 Statistics and analytics are a huge part of sports in the modern age, and rightfully so, but sometimes one comes across that stops you in your tracks and makes you say, “Huh?”

On Saturday, after Spain came within inches (maybe three) of picking up an equalizer in stoppage time against Brazil, it was this: “Last time Brazil conceded a goal in the group stage of a World Cup: 9/27/2003 vs. France.”

That game was played at RFK Stadium, which is still in existence (barely), and it was Marinette Pichon who equalized in the 92nd minute for France (if you’re an old-timer like me, you may remember her from the WUSA) in her last World Cup appearance. Marta was 17 at that World Cup, and Brazil – whose defense has already been referred to as shaky this year, and whose center backs had a combined 24 caps coming into this World Cup – has eight straight clean sheets in the group stages. Currently, host Canada and Brazil are the only two of the 24 teams at the tournament not to allow a goal.

There surely is some luck involved here, like Silvia Meseguer’s shot with time running out was left by Brazil goalkeeper Luciana, only to see it hit the inside of the post, somehow avoid Luciana, and carom out. I was as critical as anyone about the Brazil defense four years ago at the World Cup when they seemed extremely disorganized, and – while it hasn’t been as bad to me this time around – I’m inclined to say the same now.

Perhaps we should give young Rafaelle and Monica their due, they do look very strong and athletic, while their partners on the outside – Fabiana and Tamires – have shown the same strength and an ability to get forward as well. Luciana has had to make exactly two saves in two matches (according to FIFA), and maybe the team in front of her deserves plenty of credit for that as well.

In fact, maybe Brazil deserves a little more recognition historically. The last time they actually lost a group stage match at a World Cup? June 9, 1995 to Germany. Marta had just turned nine and although probably pretty good, was not in the team quite yet.

The United States has a #ScoretoSettle, and don’t we know it by now, but Brazil has had more than its share of disappointment at the World Cup, too. Obviously, four years ago they were seconds from the semifinal only to have it snatched from them by the United States. In 2007, they conquered the U.S. emphatically, but lost to Germany in the finals on a pair of second-half goals. Four years before that, it was Sweden that upended them on their way to the finals.

Women’s soccer history as it relates to Brazil could be much, much different with a little luck at the end of the tournament rather than the beginning. Will they be relegated to the same fate this time around? They are inexperienced, but much has been made of their residency and camaraderie in the lead-up to Canada, so it’s not probably not wise to discount them completely as some have done. They do still have Marta, too, after all.

France have work to do:  France have now played twice, scored only one goal, and somehow sit 3rd in Group F despite beating England in the match that was supposed to decide who finished 1st.  The question for Phillippe Bergeroo and his side is whether the 2-0 loss to Colombia embolden them to start playing for each other or if it will sufficiently shock them to where they are not a serious factor the rest of the tournament.  It is clear they can defend, attack, and win the midfield battle, but through two matches they have not done enough in the final third nor did they make enough supporting runs while trying to pull a goal back against Colombia.  The knock on France coming in was their lack of experience on the big stage and so far they seem to be playing like they’re not quite ready.  Perhaps they will get their confidence back against Mexico.

Spain might have gotten off the hook: Sitting on one point through two games is not an enviable place to be, particularly with a feisty South Korea team remaining for its third game. But the way the group has broken down, Spain will likely finish second with a win (unless Costa Rica beats Brazil). Spain played a very good match against Brazil, especially in the final half hour, but will have to find some way to finish if they want to advance and be a threat from there. Starting striker Natalia Pablos had a glorious chance on a breakaway in just the seventh minute, but barely even got a shot off. The same went for Vero Boquete later, and Spain had a few other good build-ups that led to nothing. However, as we’ve seen, sometimes one goal can make a team feel much more comfortable, so we shall see.

Mexico disappointing again:  Mexico will not finish as the worst team at this World Cup, but if they fail to beat France they will be out of the event and left to ponder a third World Cup without a trip out of the group stage or even a single victory.  Considering that it was less than five years ago they upset the United States in qualifying and that sending players to NWSL was supposed to bolster the program it has been a disappointing run for Mexico.  They can turn it all around by beating France on Wednesday but they’re not playing like a team ready to put a second straight upset on one of the world’s best teams.

Speaking of taking advantage of opportunities: Karla Villalobos, who is joined on the Costa Rican roster by her 15-year-old sister Gloriana (who actually has more caps, too), had a wonderful goal and a better celebration in the 89th minute after her goal gave Las Ticas their second straight draw Saturday. Amazingly, Costa Rica has scored on all three shots it has put on target so far at the World Cup, but their results have been far from lucky, Costa Rica had been threatening to equalize for a while before actually doing so. Even a second-string Brazil will be a tall order on Wednesday, but even so, the days of the United States beating everyone by seven goals in CONCACAF appear to be over, and the third automatic berth from the region going forward (assuming the allocations stay the same) may be Costa Rica’s to lose, not Mexico’s, especially with all the young players on the field for the Costa Ricans.

England can actually attack:  Did you see the second England goal? Was that not a lovely display of attacking soccer that ended with Karen Carney heading in an Alex Greenwood cross? You have to wonder what might have happened had they tried that against France.  They are now in position to win the group of they beat Colombia and do not lose any goal differential to France.  One of Mark Sampson’s objectives should be to see if Eniola Aluko can snap out of the funk that dogged her through much of the Mexico match or if he is better off finding an alternative on the left side.

Colombia has already done plenty:  Colombia and Thailand—maybe Cameroon—are the countries that will have great stories to tell their grandchildren even if nothing else goes right the remainder of the tournament (ironically Colombia’s win might have put Thailand out of the knockout rounds).  Most of their players are not full-time, which makes their win over France something akin to the 1980 Miracle on Ice win for U.S. men’s hockey over the Soviet Union.  They are very likely going to be playing at least one knockout match and actually have a chance to win the group of they can do it again when they play England.  But the biggest gain for Colombia will be if Saturday’s result leads to more support back home ahead of the Olympics and the next World Cup.

Tough luck for Korea Republic: Korea Republic played well against Brazil and had a few chances to double its lead in the early portion of the second half, but they didn’t do so and paid the price. Their fate now rests on beating Spain, and they showed Saturday they may have the firepower to do it, but Spain is due to score against someone and it might be the Koreans. It also means that either Vero Boquete or Ji Soyun would be eliminated before the knockout stages, which is a shame for two of the world’s best players. But, hey, at least they were here, right?