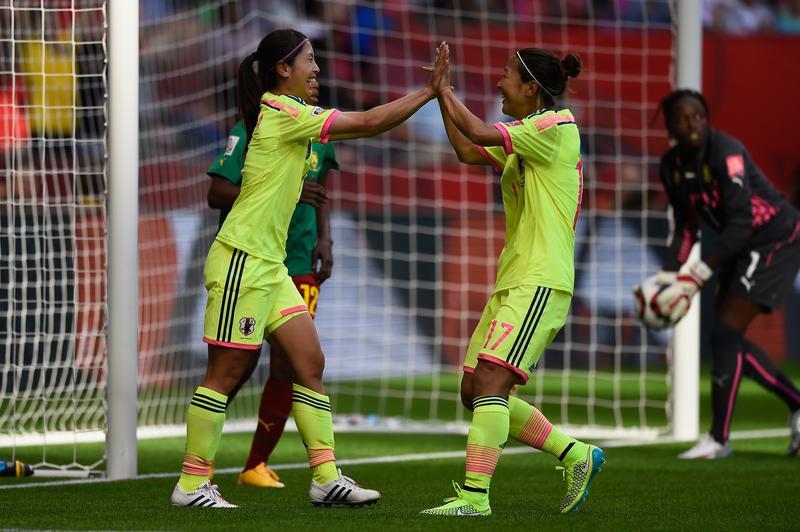 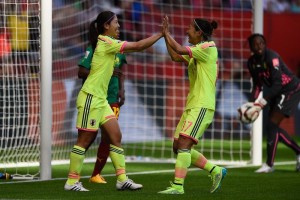 The Nadeshiko looked much different than usual, sporting fluorescent kits with pink lettering for the first time, but the result was familiar, at least at the World Cup and it was enough to make Japan the first side to officially book passage to the knockout phase.

Japan scored twice in the first 17 minutes and held off some spirited attacks from upstart Cameroon to win 2-1, posting its second straight clean sheet and virtually assuring they’ll win Group C (they need only a point against Ecuador, who currently has a -15 goal differential). Counting friendlies and the Algarve Cup, Japan had a streak of 369 minutes without conceding broken by Ajara Nchout (of the Western New York Flash) in the 90th minute and held their breath as a chance from Gaelle Enganamouit went just wide in stoppage time. Japan also hasn’t scored more than two goals in any of their last five matches (although that streak is likely to end against Ecuador).

It took only six minutes for the Nadeshiko (6 pts.) to go on top. After a nice move, Nahomi Kawasumi played the ball across from the right and it went through several players allowing former Boston Breaker Aya Sameshima to tap it in. A miscue in defensive organization combined with a pinpoint cross by Aya Miyama allowed Japan to double its lead in the 17th minute when Yuika Sagasawa headed into an open goal.

Cameroon threatened a couple of times through the impressive Enganamouit in the first half, and the last 20 minutes had to look eerily familiar to Nadeshiko supporters, as Japan spent most of it under pressure from the underdogs just as they did in their opener against Switzerland, even though there were few clear cut chances for Cameroon until Enganamouit found a streaking Nchout, who was able to slide it under Ayumi Kaihori (returning to goal).

Despite the loss, Cameroon (3 pts.) has plenty to be proud of. Although Japan had more possession (57-43 according to FIFA), the final shots finished 20-4 in favor of the underdogs, although only three Cameroonian shots hit their target. They will face a stiff test in their group finale against Switzerland, but even if they lose, their three points and goal differential should be enough to get them through to the knockout stages.

Meanwhile, Japan – like the team they beat in the World Cup final four years ago – will face a little bit of an internal inquiry, even though they will almost definitely win their group for the first time at a World Cup.