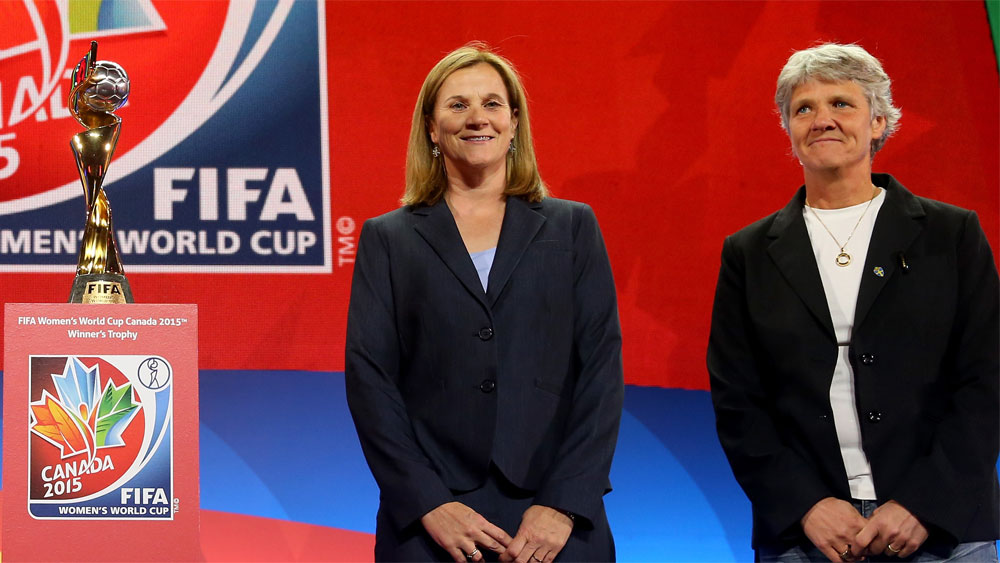 WINNIPEG, Manitoba — The United States takes on Sweden in Friday’s marquee Women’s World Cup matchup and the subplots are abundant.

Pia Sundhage’s comments have stolen the spotlight from the bigger picture that both teams are searching for points in the Group of Death. Sweden will be desperate after conceding late to draw Nigeria in the opening match on Monday. Sweden could sit bottom of the group by the time they kick off in the late match, after Nigeria-Australia, which will put Sundhage’s side up against it.

Here’s what to keep an eye on:

Coaching battle: Pia Sundhage knows everything about this United States team, having coached it for four years — including two Olympic gold medals and a World Cup final appearance — and given 18 of the United States’ 23 World Cup players at least one cap in her time as coach. Ellis was Sundhage’s assistant coach at the 2008 and 2012 Olympics. They know each other quite well. And U.S. assistant coach Tony Gustavsson is Swedish and very familiar with that program.

Will either team try to present a different look to the other to add an element of surprise? The more likely scenario seems to be that the team who best executes the known game plan will win the match.

“We have to prepare for everything,” Ellis said.

Midfield in focus: Both Sweden and the U.S. got sub-par performances out of their midfields on Monday and both will need better on Friday. Caroline Seger and Lisa Dahlkvist need to be better for Sweden — which Sundhage said after the Nigeria draw — and Carli Lloyd and Lauren Holiday need to find the ball for the United States after being largely passed over against Australia.

“My guess is that they’ll come out and pressure us and press us very high,” U.S. coach Jill Ellis said. “So at some point, a team has to give space somewhere, and that is for us to be good at being able to exploit where the space is that they are going to give us.”

Lotta Schelin vs. United States’ defense: Becky Sauerbrunn was superb in the United States’ opener against Australia and she will need to be again on Friday against Lotta Schelin, one of the best strikers in the world. Schelin played a role in Sweden’s third goal against Nigeria, but she was unusually quiet otherwise. Success for Schelin on Friday will mean success for Sweden.

“Lotta is world-class,” said U.S. midfielder Tobin Heath, who played against Schelin briefly in France. “I’ve gotten to watch her and play against her (for) a long time. She never surprises you, how good she is. I think her runs off the ball are super sophisticated. She gets in behind lines and finds spaces for herself. She’s able to create and she’s obviously a huge part of that team and a huge leader for that team so we’re going to definitely have to be aware of her next game.”

Nilla Fischer vs. U.S. forwards: It’s yet unclear who will start up top for the United States. Alex Morgan is finally healthy – even if not 90-minutes fit – and played her first game minutes in two months off the bench on Monday. Abby Wambach went the full 90 and Sydney Leroux went nearly the full match. Whoever starts, Sweden center back Nilla Fischer will have to be better after having a nightmarish game on Monday. She was in part or primarily responsible on all three Nigeria goals.

Speaking of Wambach… Will she start? The plan coming into the World Cup was to rotate players due to heat, recovery, and of course the impact of turf. Asked on Wednesday if Wambach was ready for another 90 minutes, Ellis said “for sure.

“Much like all players, she went through the same recovery process. I think the preparation coming in – and I think our fitness coach her ready. I thought actually as the game wore on we looked stronger. So I think the physical recovery part is good for all the players, including Abby.”