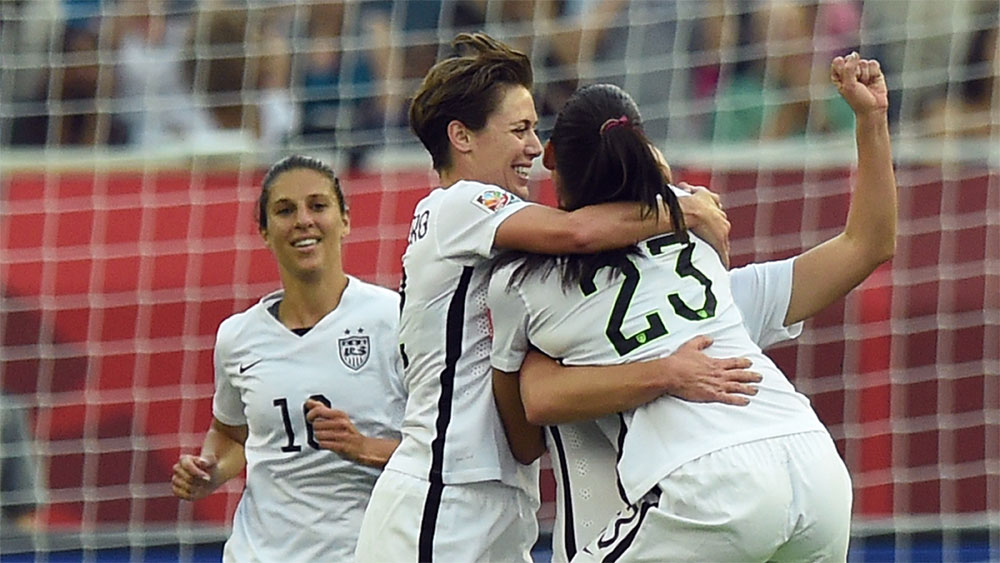 “Yes and no,” U.S. forward Christen Press says. As noncommittal as the answer may be, it might be the most accurate one.

Friday’s match has been billed as Pia Sundhage’s homecoming of sorts (the match is in Winnipeg, but the city has been over-run by Americans for the week). Sundhage coached the United States to Olympic gold medals in 2008 and 2012, as well as a runners-up finish at the 2011 World Cup.

Ties between the teams run even deeper than that, with several U.S. players – Press being the most notable – having plied their trade in Sweden and Swedish captain Caroline Seger, among others, having played professionally in the United States.

There has been plenty of chatter surrounding Sundhage’s comments about her former U.S. players, words that the U.S. women don’t want to respond to. Sundhage expanded upon her thoughts on Thursday.

But this match-up is really an old dance. It’s the fourth straight World Cup that the two heated rivals have met in the group stage. Friday is a World Cup match between two storied programs, which is what this competition is all about.

And there isn’t as much animosity this time around. A lot of U.S. players and Sweden players are friends. U.S. defender Meghan Klingenberg, who played with Press in Sweden at Tyreso, texted Seger on Wednesday asking to trade jerseys after the match. Seger said yes, but even that small exchange is about as much that either team is allowing itself to get wrapped into the USA-Sweden narrative.

“I try and just stay away from everything,” Klingenberg said.

Press, as it is well known, became the player she is now – a world-class talent whose success in this tournament could largely define her team’s success – in Sweden, where she learned to love the game.

[KASSOUF ON NBC SPORTSWORLD: The story of Christen Press’ rise]

Ellis called Sweden a “formidable opponent.” Sundhage, in an understated way, note that “it’s a very big day for us.”

It is entirely possible that the United States could clinch Group D on Friday. A victory over Sweden and a draw between Australia and Nigeria would do that for the Americans, who could then rest some players against Nigeria.

Worse for Sweden would be a loss to the United States and a victory for Nigeria, which could put the Swedes in significant danger of not even getting out of the group.

This will be the Group of Death for one of these teams, all four of which could be semifinalists in another group, Australia coach Alen Stajcic said Thursday.

Sweden’s goal on Friday is to make sure this isn’t the Group of Death for them. And the Americans will look to make sure they don’t get dragged down into the pack. That’s why this is a special match.