Top-ranked Germany held by Norway in Group B 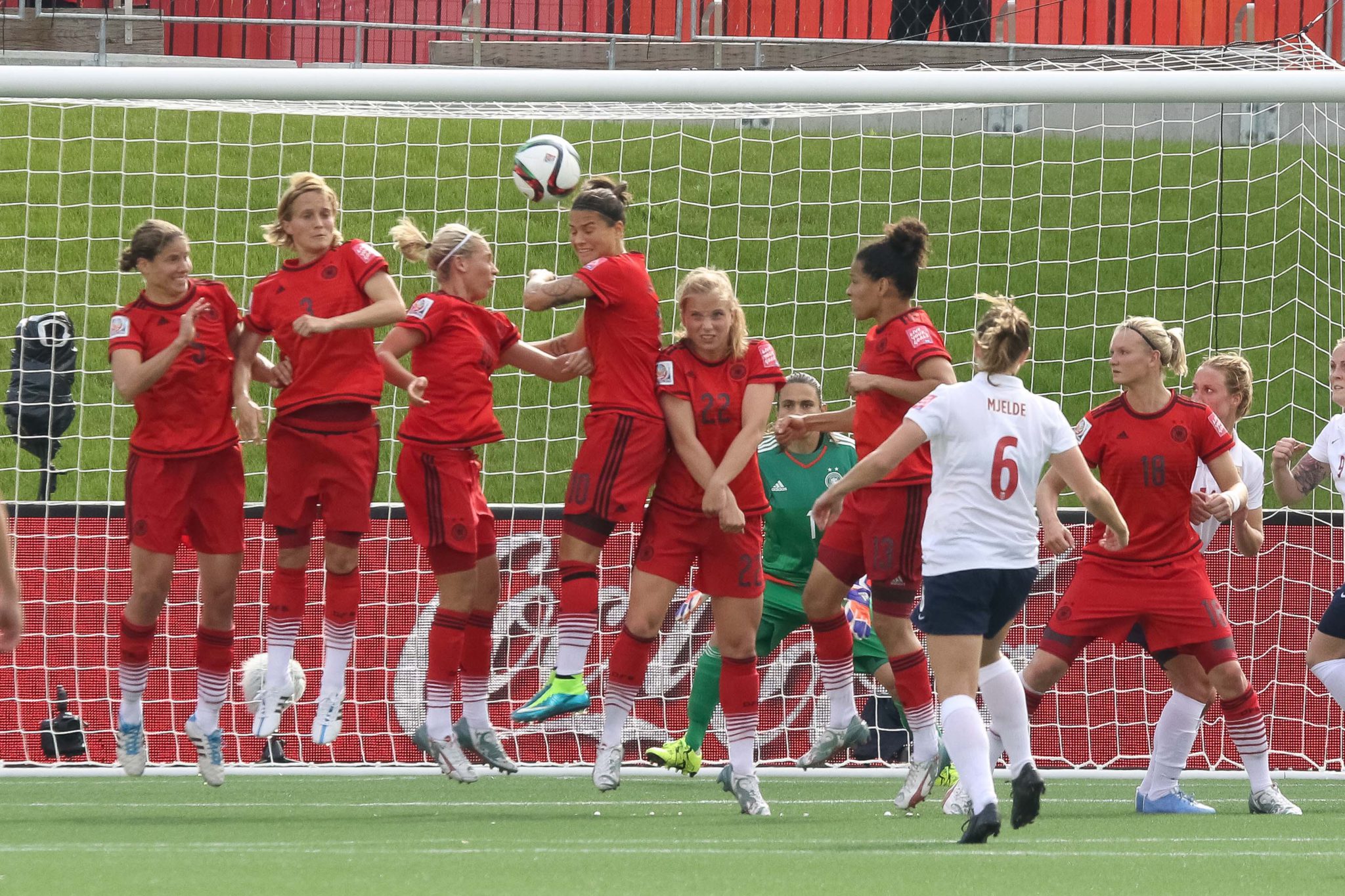 No. 1-ranked Germany was held to a 1-1 draw by Norway on Thursday, four days after the Germans beat Ivory Coast, 10-0 in their opening match.

Maren Mjelde scored a stunning free kick for Norway from 19 yards out in the 60th minute earned the point for Norway:

Anja Mittag opened the scoring for Germany in the 6th minute, cleaning up the mess that Norway goalkeeper made in spilling Dzsenifer Marozsan’s shot from distance right into the path of Mittag.

Germany had chances to bury Norway throughout the first half, but proved wasteful in the long run. After beating Ivory Coast, 10-0 in the opener on Sunday, Germany is still likely to win Group B. Norway would likely need to win by an even larger figure to make up goal difference, which is the first tiebreaker.