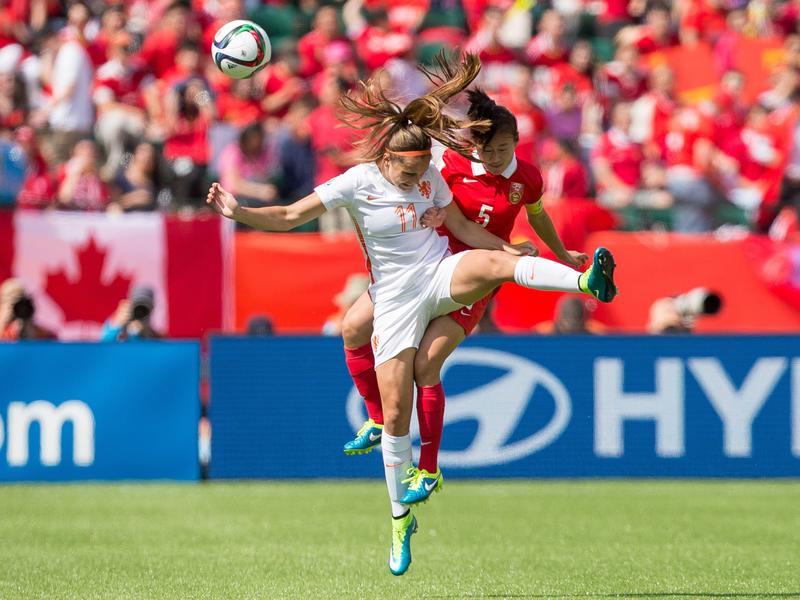 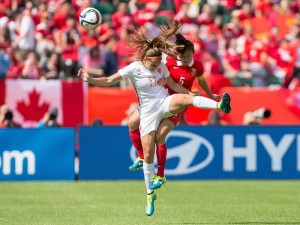 Things were tight between China and Netherlands who were scoreless until China found a stoppage time winner. (Getty Images)

China flipped the script from their opening match by nabbing a stoppage time goal to beat the Netherlands 1-0 and put themselves in excellent position to go through.  Wang Lisi tapped in the goal that erased 180 minutes of frustration for the Chinese who had played Canada scoreless into stoppage time before conceding a penalty to drop the opener.  China and the Netherlands are both on three points and may well have already done enough to move to the knockout round.  A win in the final group match will assure it.

Touted as one of the top defensive sides in the tournament, China was also the aggressor in this one, often taking the match to the Netherlands while at the same time containing the bevvy of attacking options put out by the Netherlands.  The Dutch also had to make a goalkeeper change after Loes Geurts was injured against New Zealand.  In her place stepped 25-year old Sari Van Veenendaal.

The goal came out of nothing for China who were knocking the ball in their defensive third when suddenly Tan Ruyin launched a cross-field long ball.  The service caught New Zealand off guard.  Lisi had no problem scooting by defender Merel Van Dongen while she and Veenendaal appeared to have a communication breakdown.  Lisi had only to put a gentle foot on it to roll the ball into the far corner.

China finish against New Zealand while the Netherlands have to deal with host Canada in the final group match.