USWNT notebook: Familiar Sweden up next 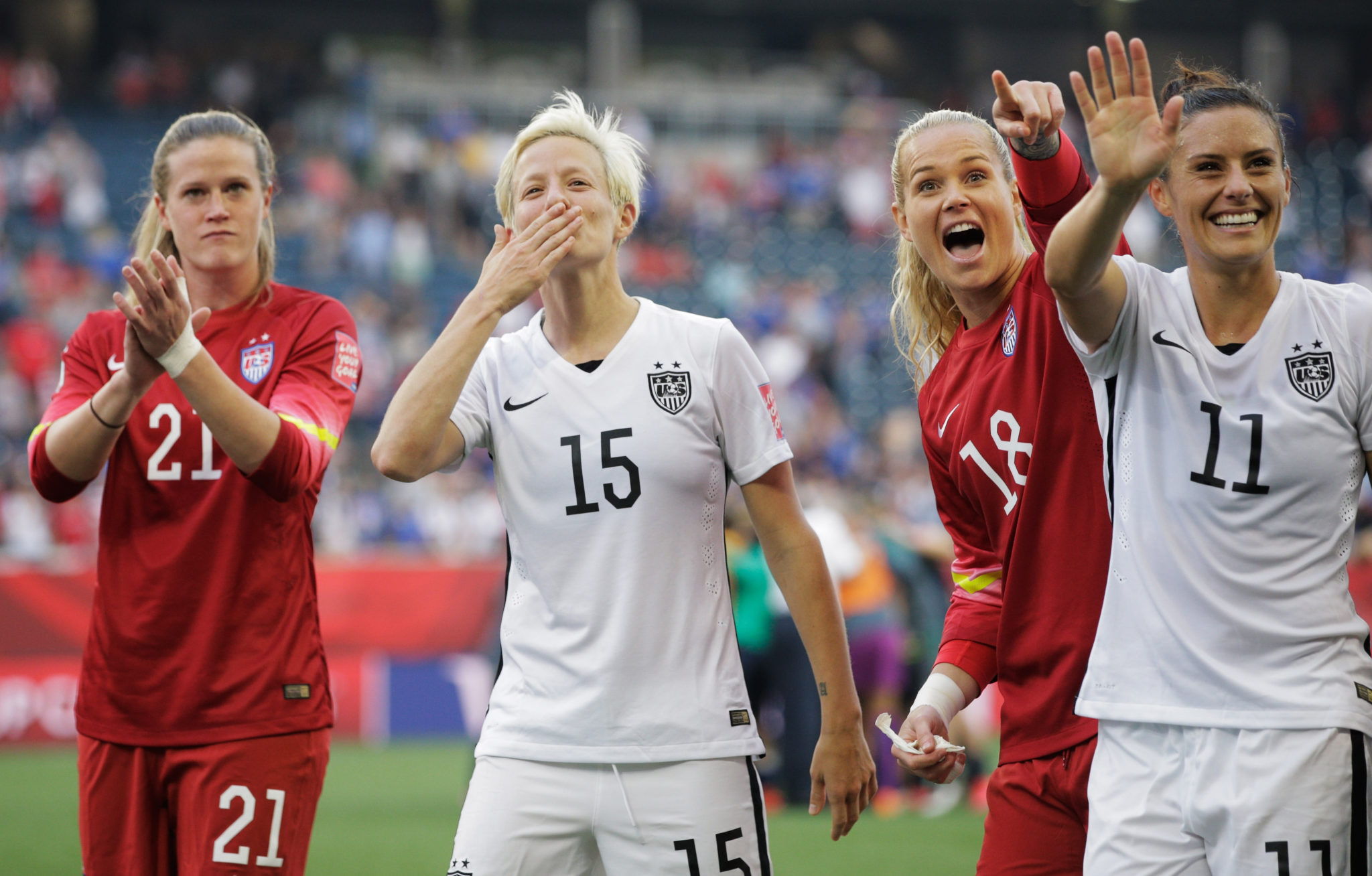 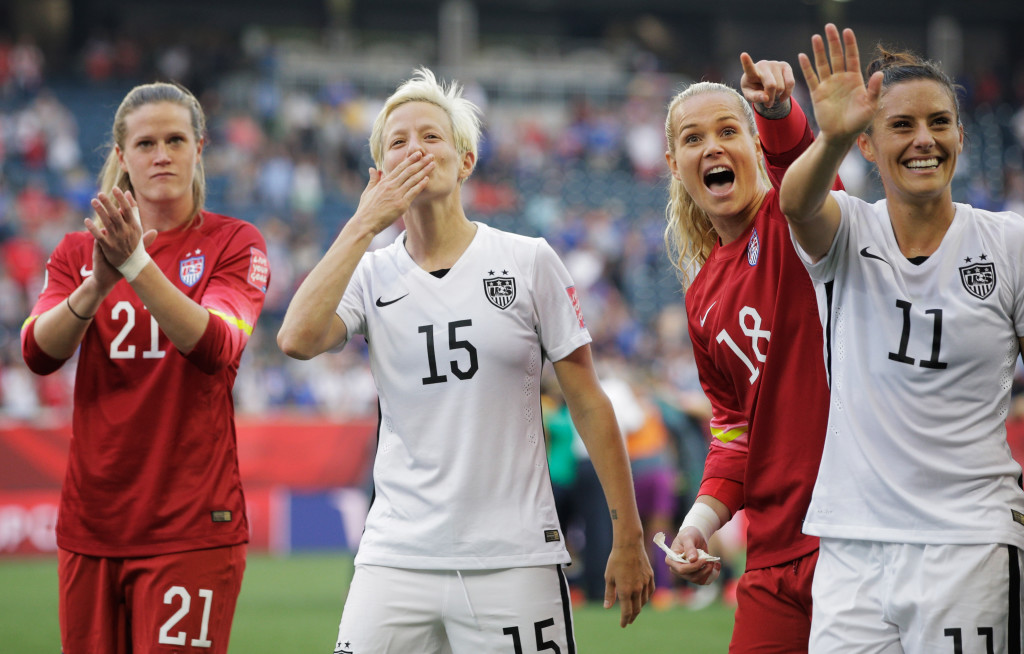 The 10 field players who started the match were given the morning off from training, while Monday’s reserves and the three goalkeepers participated in about a one-hour long session.

Monday’s performance by the United States was shaky despite the victory. Australia dominated the opening 20 minutes and would have gone ahead early were it not for two world-class saves by U.S. goalkeeper Hope Solo.

Several players and U.S. coach Jill Ellis admitted the performance was sub-par in the opening minutes, citing nerves among other things. They believe all of that is out of their collective system now, however.

“All those things that you see in the first game, we got out of our system,” midfielder Tobin Heath said Tuesday.

Ellis said before Monday’s match that she wanted the team to build into its peak throughout the tournament. (“I’m so damn literal, aren’t I,” she quipped when asked a follow-up on that following her team’s underwhelming start to the match against Australia.)

Morgan gets back into full swing

Alex Morgan trained Tuesday after seeing her first minutes of game action in almost two months on Monday. She entered the match in the 79th minute on Monday and looked as eager as any player who hasn’t played for club or country since April 11 might be expected to be, showing confidence and having a go at goal almost right away.

“We’re so excited to have Alex back,” Heath said. “Obviously a world-class player and someone we’re going to need this tournament. It’s awesome to see how quickly she’s gotten back into the group. The way she’s taken care of herself over this time has just shown. She’s been able to jump in so seamlessly with us now. So in that way, we’re really fortunate to have her back healthy and we’re all excited to just have her on the team and on the field.”

Morgan’s introduction to the match was a dramatic one. She began warming up not long after halftime. Ellis said that given Morgan’s knee injury – a bone bruise in her left knee – the U.S. staff wanted to allow the 25-year-old forward extra time to warm-up. Morgan was personally accompanied by U.S. fitness coach Dawn Scott while warming up.

And after the long warm-up, Morgan had an extended wait to check into the game. She stood at the midfield line for an inordinate amount of time. There was no stoppage in play for over five minutes until Megan Rapinoe scored the United States’ third goal.

“I was waiting for the ball to go out of play for like five minutes,” Morgan said postgame, laughing as she replayed the dramatic wait in her head. “It took a while. I was hoping that someone would maybe kick the ball out of play a little quicker than that. But that’s OK, I think that we were playing well. We were keeping the ball really well and when I got in, I was just happy to help the team in whatever way that was. And that was to keep the 3-1 lead and not to (give up) another goal.”

Morgan said after the game that she feels “really good.”

Sweden up next for the U.S.

Sweden looked like the worst of the four teams in Group D on Tuesday. The Swedes scored twice in the first half on corner kicks that were a result of poor marking and goalkeeping by Nigeria, but they never settled into the game, failing to find any rhythm in the midfield. Sweden blew the 2-0 lead and then again conceded late while leading 3-2 to draw Nigeria, 3-3.

After the match, Pia Sundhage was quick to point out on multiple occasions that players didn’t follow her game plan. Sweden wanted to prevent 1-v-1 opportunities for Nigeria, since the Super Falcons are so dangerous off the dribble. But all three goals saw Nigeria either 1-v-1 or in behind Sweden’s defense.

Sundhage said before the game that Nigeria was a mystery of a team, since they are so hard to scout. So was she surprised by anything?

“Not really, because I was prepared and we prepared the team quite well,” she said. “As I said in the beginning, we just – if we would have been able to follow the game plan, we would have done even better. Now, yeah, scoring three goals was nice. But this was not – I saw another game in front of me. But then again, it is the first game and people out there are a little bit nervous. At the end of the day we have a second game and a third game as well, so we will do better.”

Midfielder Lisa Dahlqvist was a particular culprit, in Sundhage’s eyes.

“Lisa Dahlqvist, she was 100 percent ready to go, it was more of the gameplan, the fact that she should work really hard to make space for (Caroline) Seger and give a lot of battles. So I didn’t expect her to play 45 or 50 or 65 or something like that, so we prepared Linda Sembrant to jump in and take over her position, role”

Sundhage was complimentary of defender Nilla Fischer, which was interesting given Fischer was culpable on all three Nigeria goals (she did score one on the other end).

Next up for Sundhage and Sweden is the United States on Friday. This will be the fifth time the two teams have met in a World Cup and the fourth straight edition in which they have met in group play. The two rivals can’t seem to shake each other, and this time, there is the added wrinkle that Sundhage coached the Americans to two Olympic gold medals and a World Cup final from 2008 to 2012. While guiding the U.S. at the 2011 World Cup, Sundhage lost to Sweden in the group stage.

A New York Times piece released on Tuesday revealed what are being made out to be controversial quotes from Sundhage about her former team. She called U.S. midfielder Carli Lloyd a “challenge” to coach because she is so “delicate.” Sundhage said Abby Wambach would be a substitute if she were still coaching the team and she noted that goalkeeper Hope Solo was a challenge, “especially when it comes to trouble.”

To some extent – and part of this is Sundhage’s English being her second language – this is just how Sundhage speaks. She’s honest but hardly confrontational.

Asked by a Swedish journalist on Monday to ensure that Sweden wouldn’t follow the same fate as 2007, when a tie against Nigeria in the opening match eventually led to Sweden missing out on the knockout stage, Sundhage laughed.

“I can ensure you one thing: I will do my very best to make sure that I boost the team and we come together as a group and at least try as hard as we can to win against United States of America,” she said.

Nigeria-Australia could be a goal-fest

Nigeria-Sweden was the best match of the tournament through one round of play. It is clear that the Super Falcons love to attack, and they have more organization than ever in doing so.

Australia was similarly impressive against the United States and could have had a different result had Solo not bailed out the Americans twice early. Both Nigeria and Australia showed a propensity to attack and a slight lack of desire to defend, which could make Friday’s match-up another thriller.

Nigeria coach Edwin Okon refused to over-hype the importance of Friday’s match, the potential loser of which could be doomed in the Group of Death. Every match is a must-win match, he says.