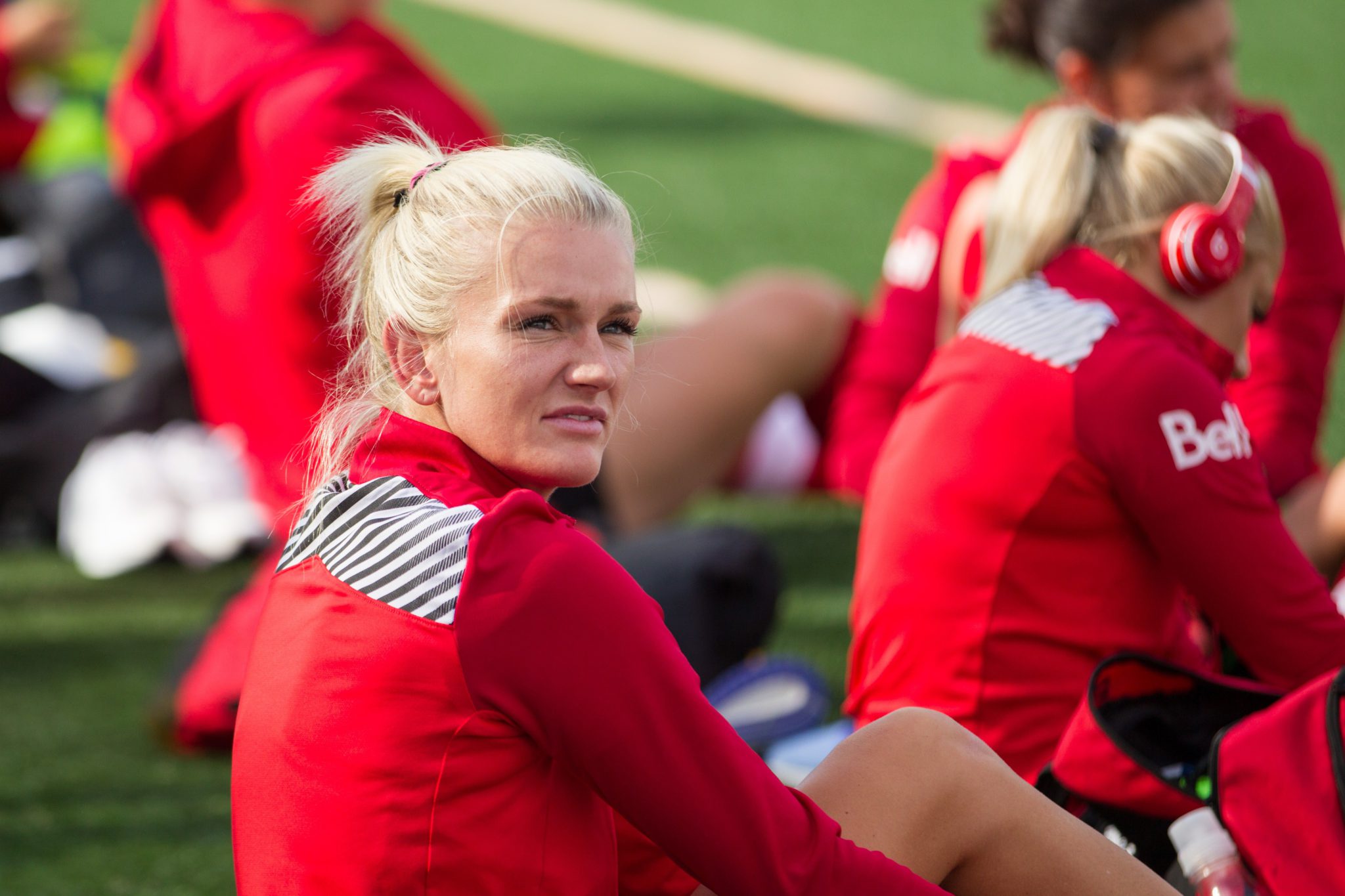 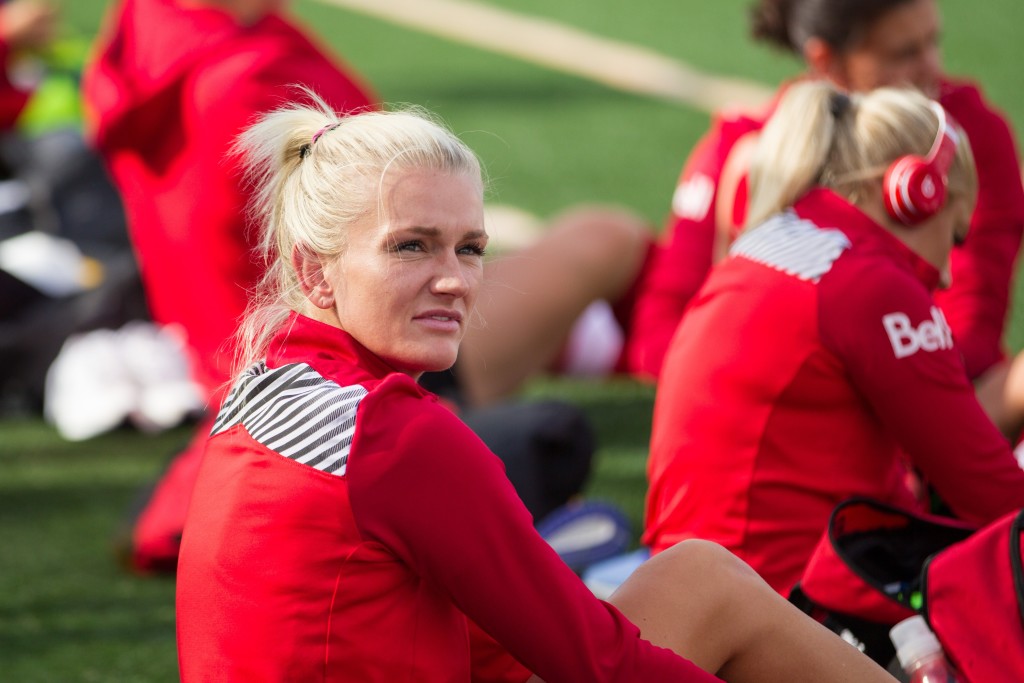 Hosts Canada didn’t look spectacular in its opening match of the 2015 Women’s World Cup, but Christine Sinclair’s penalty-kick goal in stoppage time was enough to give the host the 3 points they needed against China.

On Thursday, Canada takes on New Zealand in Edmonton. Midfielder Kaylyn Kyle shares her thoughts ahead of the pivotal middle group match.

How is the emotional balance of the team after a roller coaster of emotions during the opening match?

Yeah I think it’s really good. We’ve been through emotional games and emotional roller coasters as you’ve seen in the Olympics. I think we’re all pretty used to it. We’ve really prepared ourselves for this tournament and it’s just kind of next task. We’re really focusing on the New Zealand game coming up and we’re really looking forward to it.

Has the team been able to shake off the nerves in training this week?

Yeah, absolutely. Obviously there’s always going to be nerves going into World Cup games, but I think getting the first one under our belt with a massive amount of fans there with the crazy amount of support, I think it got everyone more so excited for this next game just to settle down the ball and play how we kind of usually play. I think it was a little bit of nerves in the first game, but other than that, there was some good stuff that came out of it. We completely dominated the other team statistically. We’re just going to take that and move forward.

What kind of lessons do you take from the match vs China?

I think for learnings we just need to finish our opportunities in front of the net and just show teams the attacking force that we have. I think as a whole we played really well, we just couldn’t find the back of the net. It took us until the 93rd minute, but other than that we’re not really looking back on that game. We’re looking forward to the next one.

I think we always a bring physicality to games. We’re going to bring it, game in, and game out. It doesn’t matter who we play. If it’s a physical team we’re up against, we’ve trained the last few years for this. We don’t really look at other teams physicality, because we bring it every game.

As a midfielder, how can you help to get the Canada attackers more involved in the match?

I think just give them the ball. I think we have some of the best attacking forces in the world. Just for us midfielder, get on the ball from our center backs and fullbacks and give it to our dangerous players and get them in front of net.

You’re going to be playing John Herdman’s former team, will that provide an extra bit of motivation for the players?

I don’t think we’ve even talked about that, so to be honest, it’s just another team. Maybe for them it might be a little bit, they want to beat us because of John. I think for us, we want to come out with 3 points and we want to finish top of our group.

How important is it to score early so you can dictate the tempo and flow of the game?

The turf has been very hot on the feet players during the World Cup. Is this something you can easily adapt to as the tournament goes on?

Well we did preparation. We were heat-training in Mexico so we’re use to it. Maybe it hit our legs a little bit in the second half, but we’ve adapted to the hot weather, heat, and the training on turf. We were in Mexico training in 36 degrees Celsius heat.

Have you been able to watch any of the other World Cup matches, and what do you think?

Who will you have supporting you in the stands for the New Zealand match?

I have my parents, my mom and my dad and then my sister and her fiancée. My boyfriend (Gabriel Farfan) is actually here again for the second game, he surprised me. He’s been here helping us out a little bit on the field.

What do you make of the supporters chant, ‘We All Dream of a Team of Kaylyn Kyles’?

(Laughs) I love it. Our supporters are top-class and they’re awesome, they make me blush all the time. When I’m at the airport they did it and I was kind of lost for words and that usually doesn’t happen to me. Anytime that they can be cheering loud at the games with signs, you can only dream of that. I guess that’s in their song that they sing, yeah it’s pretty amazing.

A couple of weeks ago there was a big announcement regarding the inclusion of 12 women’s national teams in FIFA 16, the video game. Are you excited about this news?

Yeah I think everyone’s excited. To have women in a video game now, that’s something that you dreamt of playing with Messi and Ronaldo. To be able to play with Sinclair’s and Matheson’s and hopefully a Kyle, I think it’s pretty cool. (Laughs) I’ll definitely probably have to buy a system to just for that game.

USWNT notebook: Familiar Sweden up next
Stock up, stock down: World Cup through Round 1