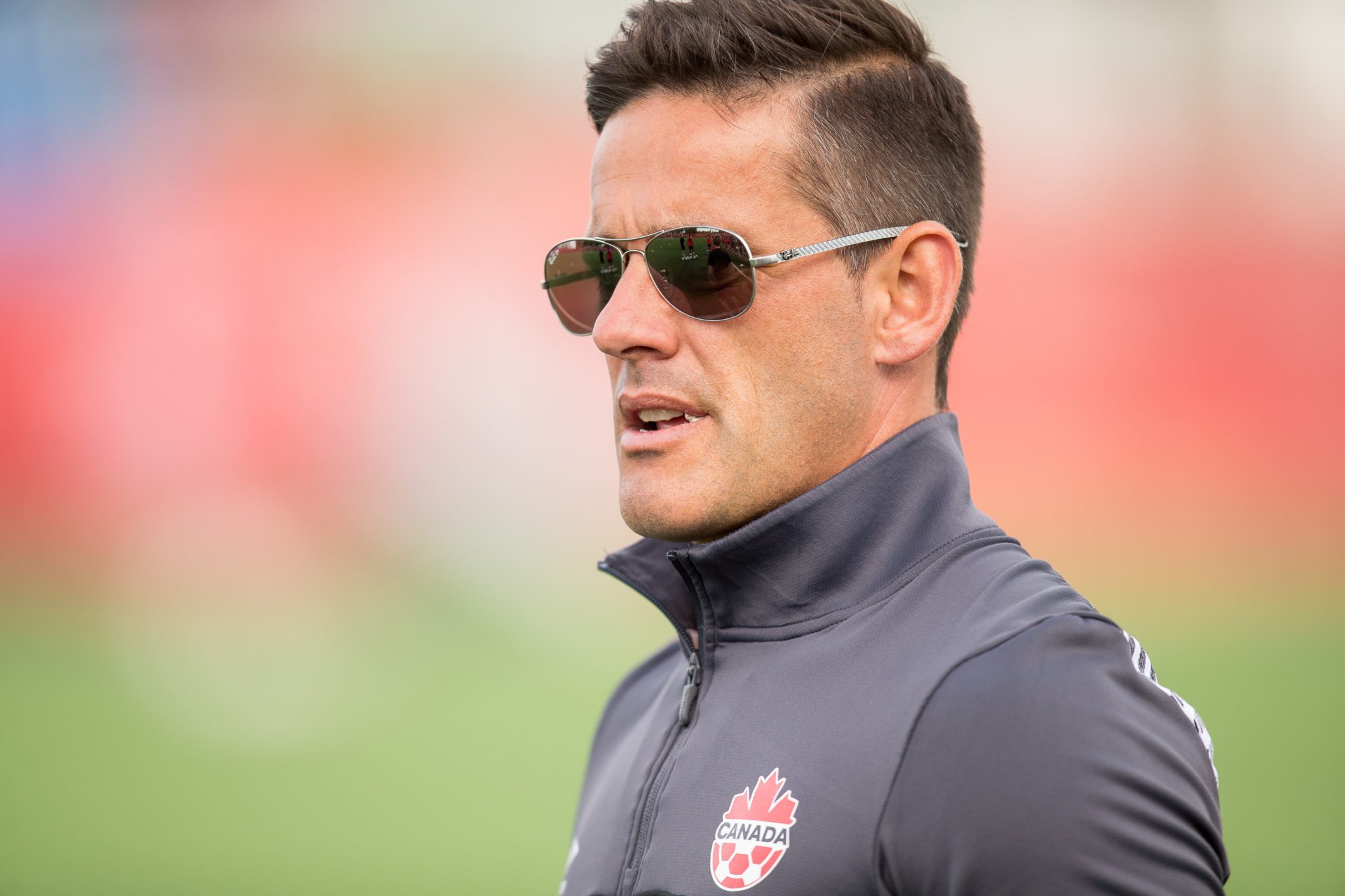 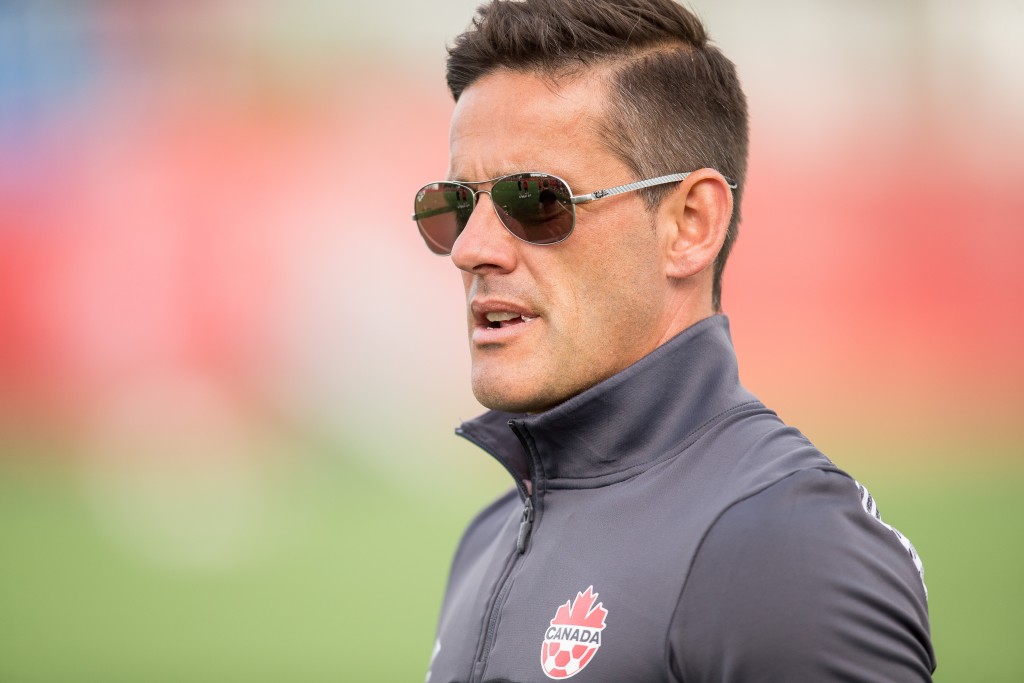 EDMONTON, Alberta – Canada coach John Herdman may as well have taken out advertising space in the local newspaper to provide his next opponent some bulletin board material.

Herdman didn’t pull any punches when discussing New Zealand, the team he used to manage which is also Canada’s next opponent at the World Cup on Thursday.

“They’re the enemy at this point, it’s very clear,” he said.

Herdman coached New Zealand from 2006-2011, guiding the Football Ferns to the 2007 and 2011 World Cups. Herdman helped the Ferns progress into a team that can beat the world’s best opponents – just maybe not Canada.

“We’re a better team,” Herdman said Wednesday. “We’ve got a lot of great players in this team, some of them your starting to see emerge and I think quality for quality we’re a better team than New Zealand. If we connect like we did against China for periods, and we improve on some things and we live the game plan, Canada should win this game. I’ve said this right from the onset, we should win this group. The messaging today is absolutely that, lets stick to our game plan.”

It is expected that Diana Matheson (knee) and Rhian Wilkinson (hamstring) will both be available off the bench for Canada against New Zealand. Herdman would not share any possible lineup changes. Canada had a closed training session in Edmonton on Wednesday night.

Matheson, who scored the game-winning goal in the 2012 Olympic bronze medal game, hasn’t played since tearing her ACL in October.

“The players that have been out will return to the squad,” Herdman said. “I’ll list them on the team sheet for this game. For the first time in this tournament I’ll have genuinely a full list of players available for selection, so we’ll see.”

On Wednesday at Commonwealth Stadium, Herdman held court for 17 minutes as he dissected his old squad. The former Football Ferns coach seems to think he knows every tactic, style, and strategy the Kiwis might present on Thursday.

“We need 6 points, we want six points and they’re going to bring a physicality to this game. They’ll bring a higher intensity than the Chinese did, but they’ll leave a higher line. You’ll see Canada adjusting their style. They’ll not be 25 passes around the back as New Zealand won’t let you do that and they’ll capitalize on those approaches. Will be very balanced in the way that we play against New Zealand and take advantage of what they’ll give us.”

In comparing China to New Zealand the 39-year-old coach talked about New Zealand’s typical box midfield which is a rare sight in women’s football. When Herdman previously coached New Zealand, he would align his team in a diamond formation because that was something few national teams were doing at the time. China played a block that featured a stiff 4-4-2 formation and a park-the-bus mentality. New Zealand will look to counter-attack Canada and play a complete different brand.

“In this situation the skill-set is different to what you had against China,” Herdman said of New Zealand. “The mindset is different as well and the structure has to be different because they play a different game. They’ll have a high press, they play with a box midfield which is rare in the women’s game. They play with a front three press. A midfield three narrow, which is rare in the women’s game. China was a typical 4-4-2 blueprint which you’ll see from a majority of teams at this tournament so they do bring something different.”

New Zealand striker Hannah Wilkinson is the top goal-poacher for New Zealand and Herdman is expecting her to be the main focal point for the Ferns’ attack. He described to the media how everything New Zealand does will go through Wilkinson. The Kiwis top attacking option was buzzing all around the goal against the Netherlands in the opener on Saturday. She took out goalkeeper Loes Geurts and will be on a mission to score and help lead the line for New Zealand. Herdman is well aware of Wilkinson’s abilities and plans to stop her.

“They’re clever, they’ve got a structure there that will cause you problems,” he said. “We’ve worked hard to look at what they’ll give us and also not to provide them with loaded guns and that’s what they want. They want you to overplay in areas and hit you on the counter attacks with Wilkinson who’s their main goalscorer.

“They’ve got one specific tactic, that they’ll play a diagonal ball in behind your full-back and center back every single time. All their goals either come from a set-piece or that pass from Wilkinson and that’s how they play. If you stop Wilkinson, ‘Where’s Wilki’ which is one of the themes for this game, you’ll deal with it. If you can nail them on set-pieces you can deal with them. Outside of that you don’t give them a loaded gun.”

[CURREN: Stock up, stock down: World Cup through Round 1]

New Zealand coach Tony Readings was not taking the bait when asked to comment on Herdman’s point-for-point analysis of his team. Readings has done his own homework on Canada and has best prepared his country to battle the hosts.

“Yeah we know every team we’re going to face in our group,” Readings said. “We’ve done real thorough research and analysis. We’ve seen them in lots of games, Canada. Lots of their preparation games coming in. We feel that we have a real good understanding how they’re going to play. What their strengths are, what their weaknesses are and some of the threats they’ve got and some of the opportunities we’ll have in the game. I think every team does that now, every team at the World Cup will be prepared. Typically it comes down to which team can execute on the day and that’s going to be the challenge for tomorrow. We’re slightly different in terms of our approaches to the game.”

There has been talk that both sides will be using this match as extra motivation because of the Herdman factor. Players on both sides see it that way. The World Cup is a once-in-a-lifetime opportunity for some players. Getting distracted by an alluring side story is not what players are thinking about. Attacking midfielder Annalie Longo talked about her former coach.

“To be honest, as a team we haven’t really spoken about John at all,” she said. “We’re just looking at Canada as a team and how they play. We’re going to use what we know as an advantage. Obviously I know a lot about him and learned a lot of things from him, but the way we play is a lot different now. That’s full credit to our coaching staff; we’re a new team. I’m really looking forward to it, it’s going to be exciting tomorrow.”

A win against New Zealand will assure Canada a spot in the knockout round.  But Herdman has talked to his team about just focusing on the now and what they can control in front of them. The future can always change very quickly.

“Yeah we’ve mapped out the potential progression pathways,” Herdman admitted. “All my experience in tournaments, it never goes to plan. That’s the first thing you’ve got to expect. They’ll be three things every day that’s going to happen to trip you up and we know it. If we think we’re going to win the group and progress nicely, we’ll probably win the group, but someone in another group will mess up and you end up with Nigeria or Australia, a really tough game in the knockout. You can only control what you can control, which is winning the group and trying to stay on the West (Coast). If you don’t win the group and something happens then you embrace the opportunity to go to your capital city and play in a place like Ottawa. Which will be bloody cool.”

For Herdman and his team, that next opportunity comes on Thursday.

Stock up, stock down: World Cup through Round 1
Ellis not concerned with Sundhage’s comments