Even on off day, US shows why it will contend 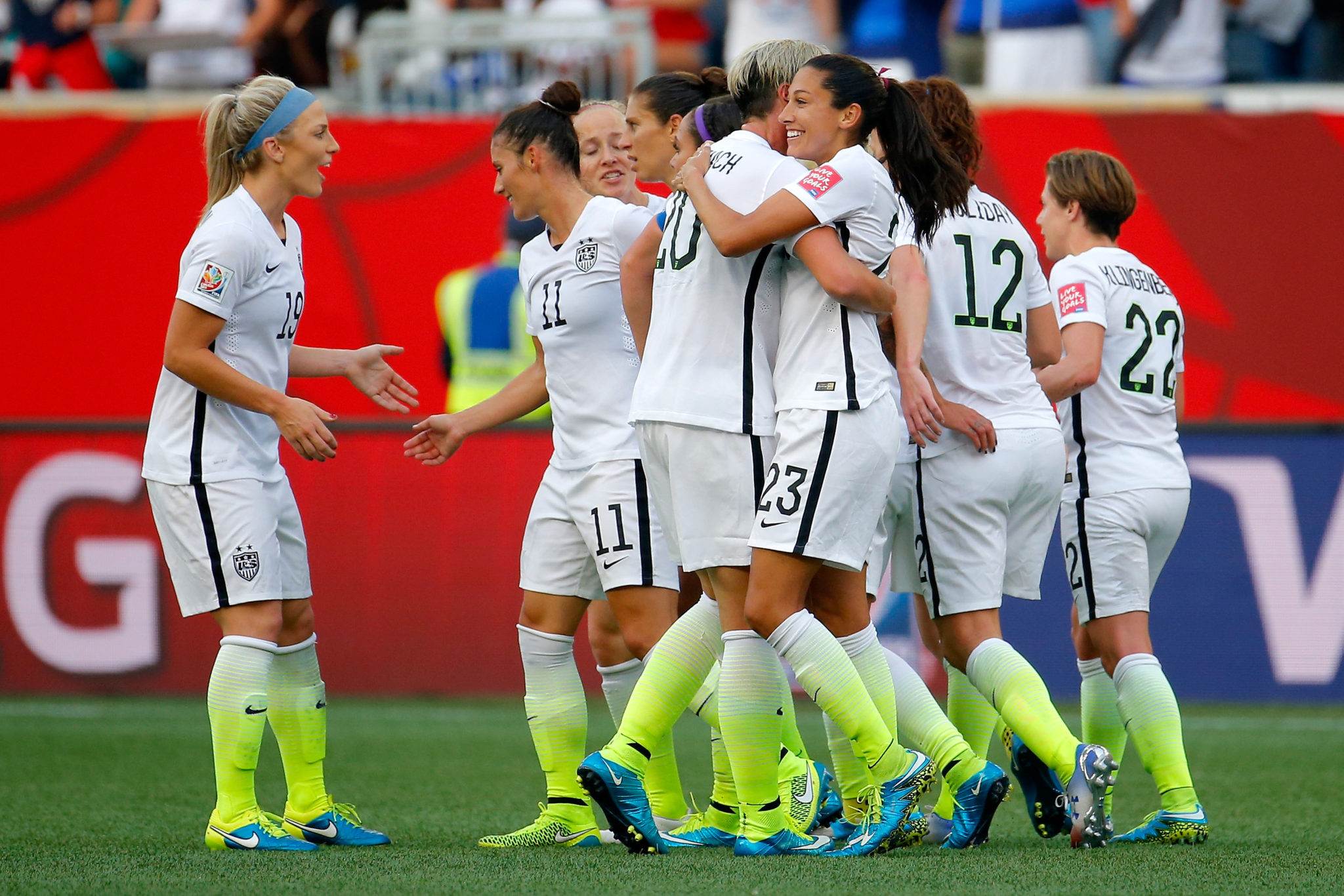 WINNIPEG, Manitoba – At their best, the United States women can beat anyone. At their worst – well, they still might be able to do the same.

Monday’s 3-1 victory over Australia was hardly the United States’ best performance. It wasn’t anywhere close. And while the Americans weren’t anywhere near their worst, either, their ability to grind out a result and adjust mid-match is a quality they’ll need over the course of the tournament.

That characteristic of perseverance is what makes the United States a contender at the 2015 Women’s World Cup, as they are in every edition of the tournament.

U.S. coach Jill Ellis cited nerves among a team that featured four players making their World Cup debuts. Christen Press described the United States’ first half as “weird,” the same word that fellow goal-scorer Megan Rapinoe used to describe how Group D looks after one round of play.

Whatever it was, the first 45 minutes weren’t pretty. But the U.S. weathered the storm – even going ahead 12 minutes into the match through Rapinoe’s strike – and flipped the switch in the second half to pull away from Australia.

“I don’t think we played that well today,” said Rapinoe, who scored twice. “I think that we can be a lot better in possession and a lot more confident on the ball. We’re better than we played today. (We) got caught going long when we needed to settle it down.”

Rapinoe was the catalyst throughout the match, taking on her defenders and forcing the issue for the United States.

Hope Solo twice made huge saves early in the match, pushing Emily Van Egmond’s rocket of a shot off the crossbar in the 5th minute and denying Sam Kerr from point-blank range in the 13th minute.

A few inches each way and the U.S. could have been playing from behind. And a few inches each way on Rapinoe’s 12th-minute shot and it doesn’t get deflected, doesn’t send Australia goalkeeper Melissa Barbieri the wrong way and doesn’t give the United States an early lead, electrifying a crowd of over 31,000 fans that made for the feeling of a home game for the Americans.

The U.S. has made a habit over the past year of doing just enough to get by. There was the shaky 1-0 victory over Trinidad and Tobago to open World Cup qualifying in October, the gutsy road victory over England in February and the Algarve Cup that saw not-so-mighty Iceland hold the Americans to a scoreless draw. Even last week there was a scoreless draw with underdog Korea Republic in the United States’ whimper of sendoff match.

It’s a run of form that has invited more criticism than ever for the U.S. women, who are constantly reminded that the rest of the world is catching up, that they haven’t won a World Cup since 1999. But through it all, the Americans are unbeaten in 10 games since getting run off the park in France in February.

In a tournament setting – which the U.S, with its undeniable but somewhat cliché American Mentality, has always been built for – form doesn’t always matter.

“Goals change games, don’t they?” Australia coach Alen Stajcic said, with the hint of a smirk.

“You have to give America credit. They had a couple of bits of class that turned the game.”

Those couple bits of class, even on a disjointed day, are enough to make the U.S. dangerous. Australia isn’t France or Germany, but the 10th-ranked Matildas are one of four reasons that Group D is viewed as the Group of Death.

Much like last week, when the U.S. was ready to move on from its scoreless draw against Korea Republic, the Americans feel they got the job done on Monday.

“We go into this tournament and we want to win seven games,” said Press, who scored the game-winning goal on Monday. “We’re one down and we’re six to go.”