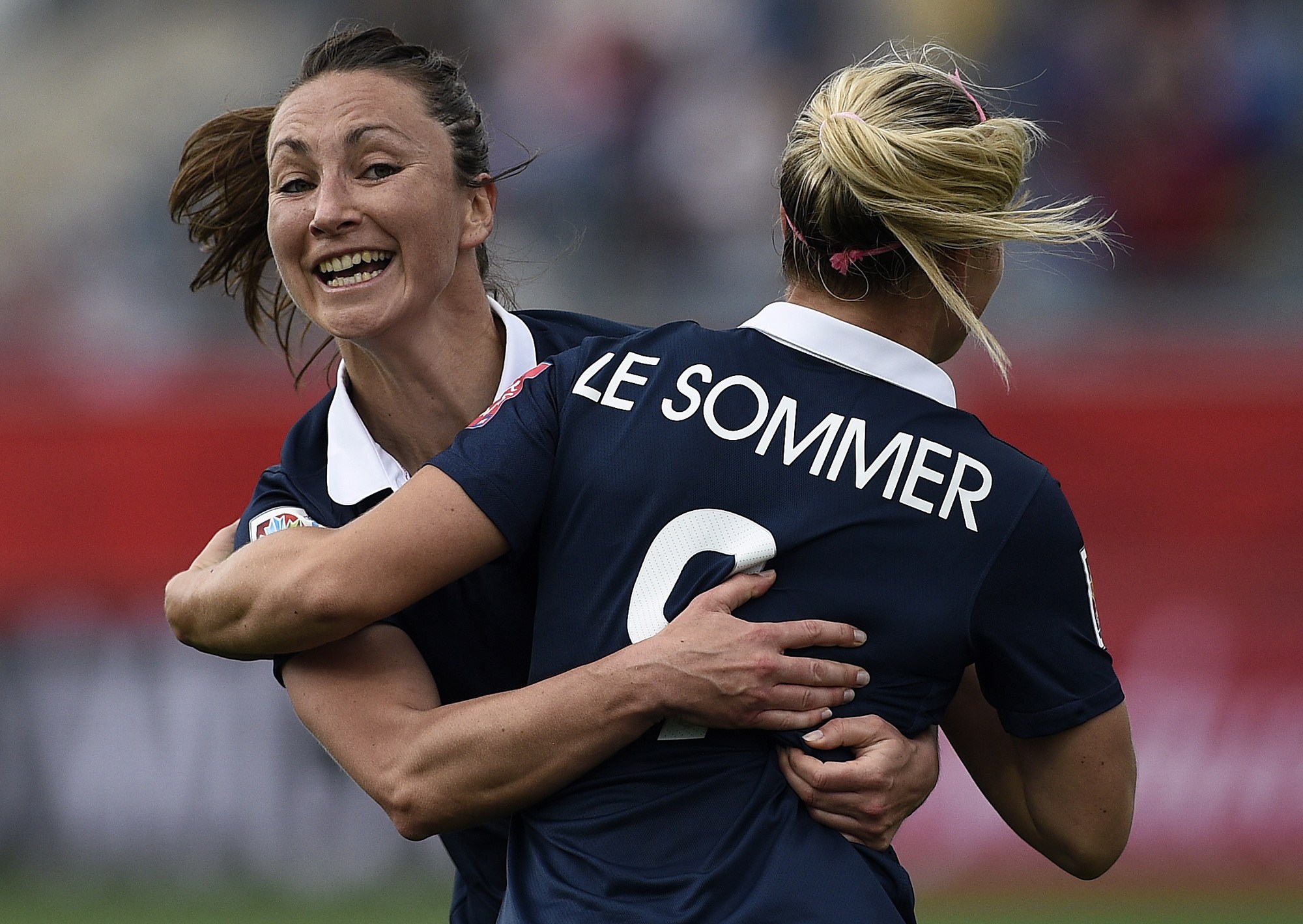 France took early control of Group F with a 1-0 victory over England on a raw and rainy Tuesday afternoon in Moncton. Eugenie Le Sommer provided the offense with a sublimely taken shot from outside the 18-yard box just shy of 30 minutes.

Blustery conditions greeted the teams for the most hotly anticipated match of the opening round, but the conditions were not the only thing to fall short of expectation. England came out in bunker mode often dropping all 11 players behind the ball and conceding more than half the length of the field to the French. That tactic remained in play until Le Sommer got France on the board in the 29th minute.

The play began with defensive work by Gaetane Thiney who stuck her foot in to win a ball that was bouncing around between English players just high of their penalty area. Le Sommer ran to it and took a precision shot that split two English defender and went on off the outstretched hand of keeper Karen Bardsley at the near post. It was the 45th international goal but first in World Cup play for the 26-year old Le Sommer.

Trailing by a goal England were forced to open things up a bit more though they still conceded plenty of space once France possessed it in their back line. For their efforts England did not make much of an impact on the French defense. France goalkeeper Sarah Bouhaddi did have a few adventures. In the first half she came off her line to go after a lofted corner kick she never had a chance to get close to. And an errant pass to a defender in the second half slid behind her and out of play, gifting a corner kick. England were not able to take advantage of either scenario.

Some minor controversy erupted in the 69th minute when a sequence in front of Bardsley’s goal left two English players on the ground courtesy of French elbows but no calls given on the field. Replays showed that both Thiney and Camille Abily got their elbows up. Both easily could have been carded.

France will now be heavy favorites to finish atop the group with Colombia and Mexico still to face. England will still be tipped for second though the stakes will be higher with less margin for error.