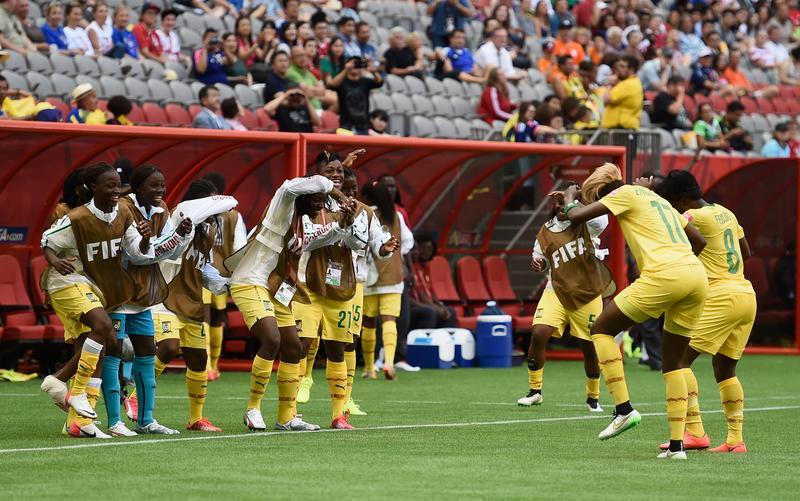 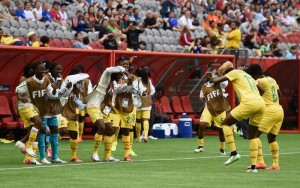 Cameroon and Ecuador authored very different openings to their World Cup histories as Cameroon routed Ecuador 6-0 on Monday afternoon at BC Place in Vancouver.  Cameroon joined Netherlands as debut winners at this year’s World Cup while Ecuador joined Thailand and Ivory Coast on the other end.  Gaelle Enganamouit made history by becoming the first African woman to score a World Cup hat trick.  Her third goal, a stoppage time penalty, was the third spot kick for Cameroon, all of which were converted.  Ecuador played the final 24 minutes and stoppage with 10 after captain Ligia Moreira was shown a straight red.

After having the better of the early play, Cameroon put their noses in front 34 minutes in.  Gabrielle Onguene ran onto a direct ball down the right side and got off a cross to Claudine Meffometou Tcheno.  The initial shot was stopped by Shirley Berriz but Madeleine Ngono Mani was there for the rebound to take her place in Cameroonian history with the women’s sides’ first ever World Cup goal.

Two minutes later, Enganamouit joined Onguene on the scoresheet when ran onto a superb long ball dumped over the Ecuadorian defense and made the finish.  Enganamouit would add her second in the 73rd minute before completing the hat trick in stoppage time.

Ecuador nearly cut the lead in half when a free kick sailed around the wall and nearly snuck inside the post before hitting the side of the net.  And they nearly got out of the half 2-0 before Kerlly Real brought down Onguene in the box to give Cameroon a penalty.  Christine Maine took that one to make it 3-0 at halftime.

Cameroon’s other goal came on a 79th minute penalty by Onguene.