World Cup win in itself for Thailand, Ivory Coast 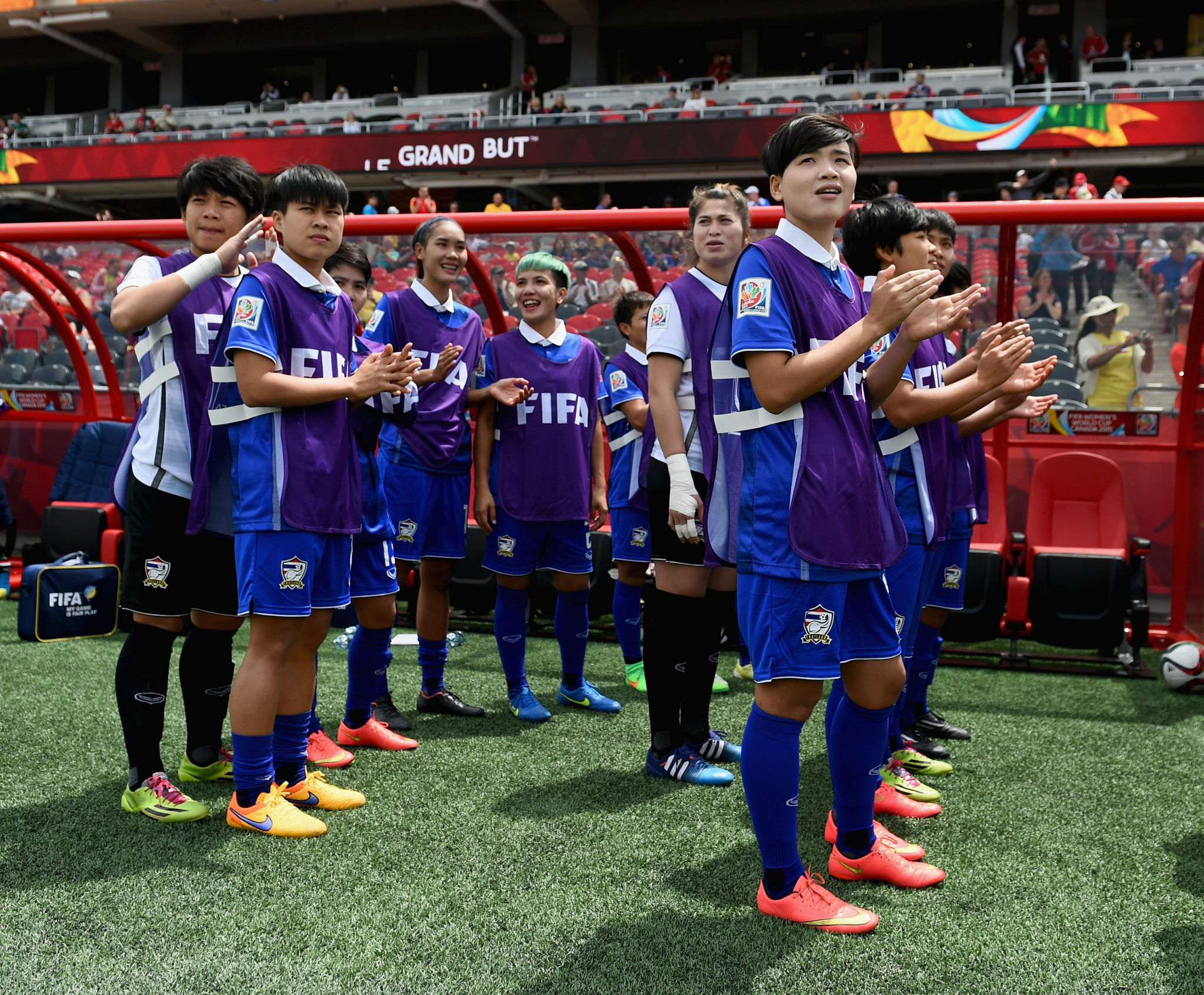 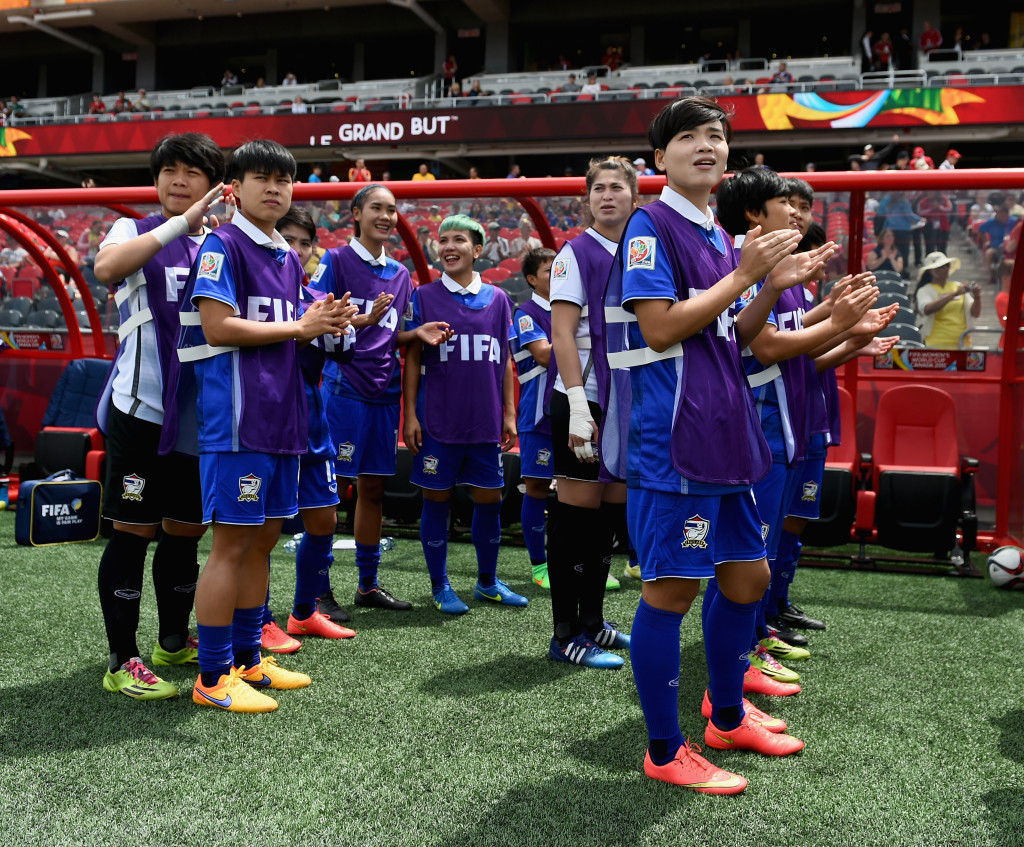 It was way back in 2009 that FIFA actually made the decision to expand the Women’s World Cup to 24 (from 16) teams, but with the change not actually being implemented until 2015, well let’s just say that if you gave it more than a shrug at the time, you were definitely in the minority.

But soon it was 2012, and the reality of all those extra bids started to hit us. In CONCACAF, the door opened for Costa Rica (and almost Trinidad and Tobago if it weren’t for a tough loss to Ecuador in a playoff). Asia suddenly had five bids, which seemed to make it easy for China and South Korea to join Australia, North Korea, and now champion Japan in Canada.

Wait a minute, though. North Korea was banned for the 2015 tournament after they blamed a loss at the 2011 World Cup to the United States on lightning strikes that they also needed to give their players steroids to recover from. Even Sepp Blatter didn’t buy that story.

There would still be a fifth team from Asia, though and it would be …. ah, oh boy, who? The four choices in the 2014 Asian Cup (used as the World Cup qualifying tournament) were Myanmar, Jordan (where FIFA presidential candidate Prince Ali has helped the women’s program grow by leaps and bounds in the past few years), Vietnam and Thailand, none of whom had been within a galaxy of a men’s World Cup berth, let alone women’s.

Vietnam, as hosts of the qualifying tournament, had the inside track, but after veteran Kanjana Sung-Ngeon scored for Thailand to beat Myanmar 2-1, she stunned a sell-out crowd in Ho Chi Minh City with a brace as Thailand was headed to Canada with another 2-1 win in the fifth-place game.

And so you could forgive goalkeeper Waraporn Boonsing for flashing a massive smile after saving a 74th-minute penalty kick on Sunday, even if her team was getting beat 4-0 and she would face 25 shots by game’s end. When substitute Orathai Srimanee – who has scored plenty of goals for Thailand … in futsal, which is very popular in the country – banged one off the crossbar in stoppage time, those smiles returned.

Why not? They were having a blast. After all, a month ago, they lost 3-0 to Australia — the Australian U-20s.

There were fewer happy faces in Sunday’s losing squad for the second game. Unlike Thailand, Ivory Coast’s organization, well, there really was none, and Germany had no sympathy as they scored in double figures and could have added a few more if it weren’t for some questionable finishing.

But the story of Ivory Coast’s journey to Canada is no less inspiring and there are many parallels. The expansion to 24 teams pushed Africa to three from two. To even make the final eight in Africa, Ivory Coast upset reigning champs Equatorial Guinea over two legs, although Equatorial Guinea wasn’t quite the same team that gave Australia and Norway fits at the 2011 World Cup (and was banned from the 2012 Olympics).

Ivory Coast then upset South Africa in the third-place game (ironically based on Sunday’s performance posting a clean sheet), and they were off to Canada. The name Ivory Coast didn’t raise as many eyebrows as Thailand, largely because of the success of their men’s program, but anyone who follows women’s soccer knows there is sometimes little correlation (see South America), and the civil war that began at the turn of the century really only ended a few years ago, a conflict in which women paid a heavy toll.

After qualifying for the World Cup last fall, they played only one official match between then and now and the result was what you saw Sunday against Germany, unfortunately.

There was a poignant moment for me, though, late in the first half when coach Clementine Toure was forced to remove a frustrated Nina Kpaho. The 18-year-old fullback was on the verge of boiling with her team already down 5-0. As Kpaho came to the sidelines, Toure put her arm around the youngster and said something quietly to her before releasing her to go toward the bench.

It says something that Thailand and Ivory Coast are both led by female coaches. Nuengrutai Srathongvian and Toure are their respective national teams’ first woman in charge and both have led the fight in their countries to try to get some recognition and funding for their teams and women’s soccer in general, something that most of the nations that will be contending in Canada take for granted by now.

On Thursday, Ivory Coast and Thailand meet, and if there is a winner, 3 points should (based on history) be enough to advance to the second round. Would that be fair? Maybe not, especially when teams like Nigeria, New Zealand, China, or Australia could get left out.

If that happens, we might see another ugly scoreline in the knockout stage at the hands of a well-funded world power. But as the tournament eventually goes on without them, we should remember that for teams like Thailand and Ivory Coast, just getting to Canada is winning, even if the scoreboards there may not always agree.