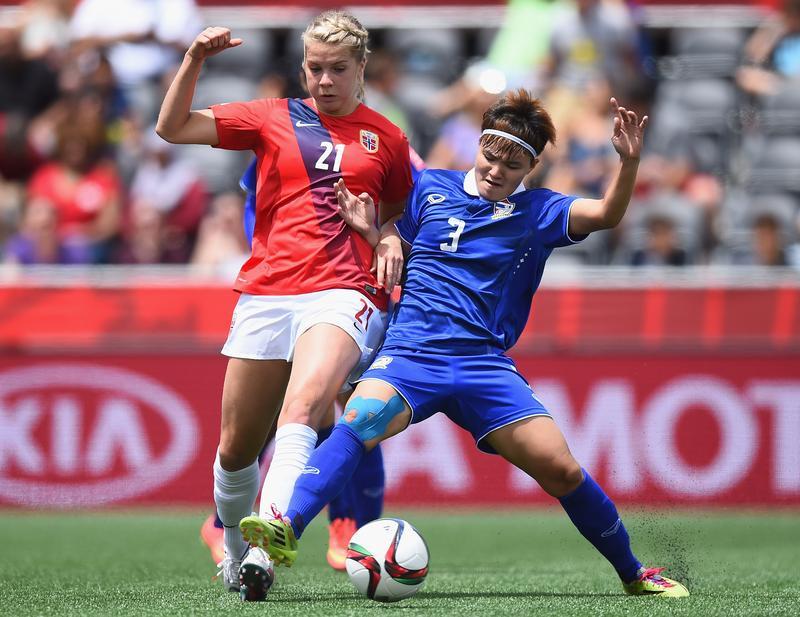 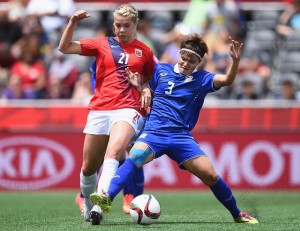 Saturday, Netherlands won their debut match at the Women’s World Cup, a feat essentially accomplished only once before when England beat Canada 3-2 (before that there was only 1991 the first edition of the event.) Sunday we found out why it is so difficult for teams to jump right in and win. Thailand and Ivory Coast were over-matched by Norway and Germany, respectively, creating a dynamic everyone expected. Germany and Norway will play for the group on Thursday while Thailand and Ivory Coast will play for third knowing that, if either win, some chance exists for a Round of 16 match.

Here are some other things we learned on match day 2.

Nadine Angerer could be Germany’s Achilles heel: Followers of NWSL are all too keenly aware that Angerer’s Ballon D’Or form from 2013 did not exactly carry over to Portland last season when she often looked like an average keeper. Angerer was not exactly under siege by Ivory Coast in Germany’s facile, 10-0 victory but the few times Les Elephants did manage to get inside her box, the keeper looked remarkably vulnerable. In fact it looked she had conceded a second-half goal when she could not handle a 50-50 ball which squirted loose and into Angerer’s goal. But the referee whistled a foul on Ivory Coast, sending the play the other way. Often times keepers struggle when left with too little to do so there is every reason to believe Angerer will play better when the competition gets stiffer. Still her performance Sunday on top of her 2014 NWSL form should leave German supporters a bit uneasy as the tournament continues.

Other top teams integrate teenagers: While it appears the days of teenagers making major contributions to the United States are in the past, the same cannot be said for other contenders. Germany started 21-year-old Melanie Leupolz and brought 20-year-old Sara Dabritz off the bench. Dabritz scored a goal. Norway received a sterling performance out of 19-year-old Ada Hegerberg. The goal Hegerberg scored was already her 17th in international play. By contrast, the U.S. side we will see Monday night calls 22-year-old Morgan Brian its youngest player. The point was not lost of FOX analyst and former U.S. international Aly Wagner, who praised Germany’s balance between veterans and youngsters as well as their firmly established program for player development and commitment to younger players. It may not have been a direct shot at the way the United States does things, but it is difficult to argue it is an area they are falling behind.

Soccer-wise there was not all that much to learn: Thailand were quick,and reasonably organized in back, but they lacked anything close to the technical skill necessary to pass themselves out of pressure from their defensive third. Ivory Coast were physical—often to a fault—and to their credit never sat in against a superior side. But neither did anything to challenge the former world champions. Norway effectively used their incredible size edge and also proved they could move the ball around on the ground a bit. Germany had a glorified practice at times and in the process became the first country to score 100 goals in Women’s World Cup play. But neither Norway nor Germany were challenged enough to offer a sense of what might happen when they play Thursday, essentially for 1st place in Group B.