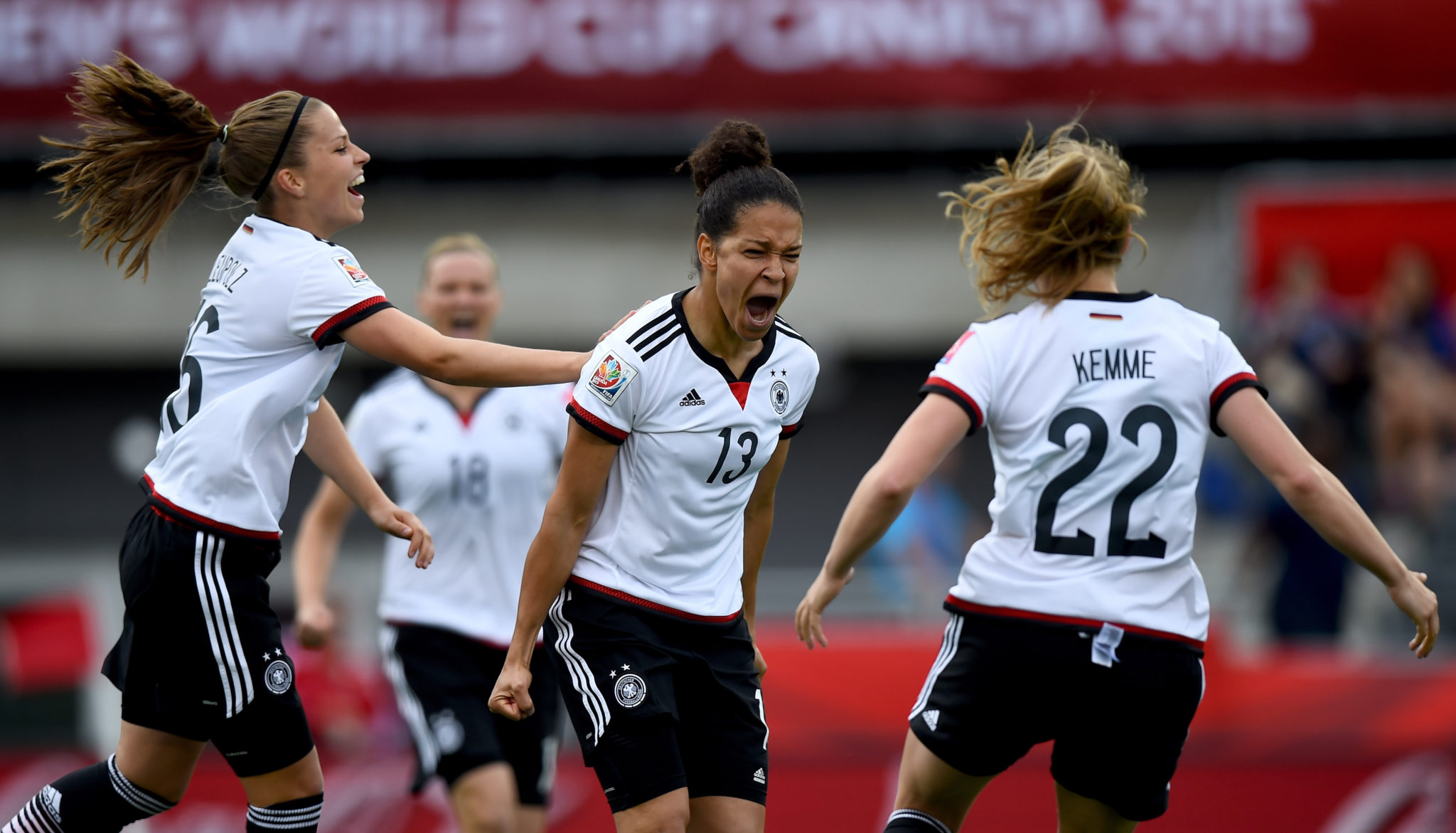 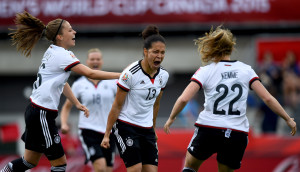 Germany overwhelmed Ivory Coast in Sunday’s nightcap, thrashing the African debutantes 10-0. It was the second most lopsided result in tournament history falling just short of the 11-0 win for Germany over Argentina in their opener eight years ago.

It took less than three minutes for the Germans to take the lead on an Ivory Coast side that was jittery and became stretched out almost immediately. Celia Sasic opened the scoring at that time and the hottest goal scorer on the planet had herself a hat trick before halftime. She did not return for the second. The other two goals in a 5-0 opening half were scored by Anja Mittag. The 30-year old Mittag added another in the second making her and Sasic the third teammates to record hat tricks in the same Women’s World Cup match.

Birgit Prinz and Sandra Smisek both had hat tricks in the 11-0 win over Argentina in 2007. Eight years earlier Pretinha and Sissi were the first to do it in Brazil’s 7-1 win over Mexico.

The only bad news on the day for Germany was having to take Melanie Leupolz off after
17 minutes due to injury. In the second half after Simone Laudehr came off she was seen on the bench getting her knee wrapped.

The second half turned physical with an overmatched Ivory Coast side taking the physical route. Six different Ivory Coast players were booked in the match.