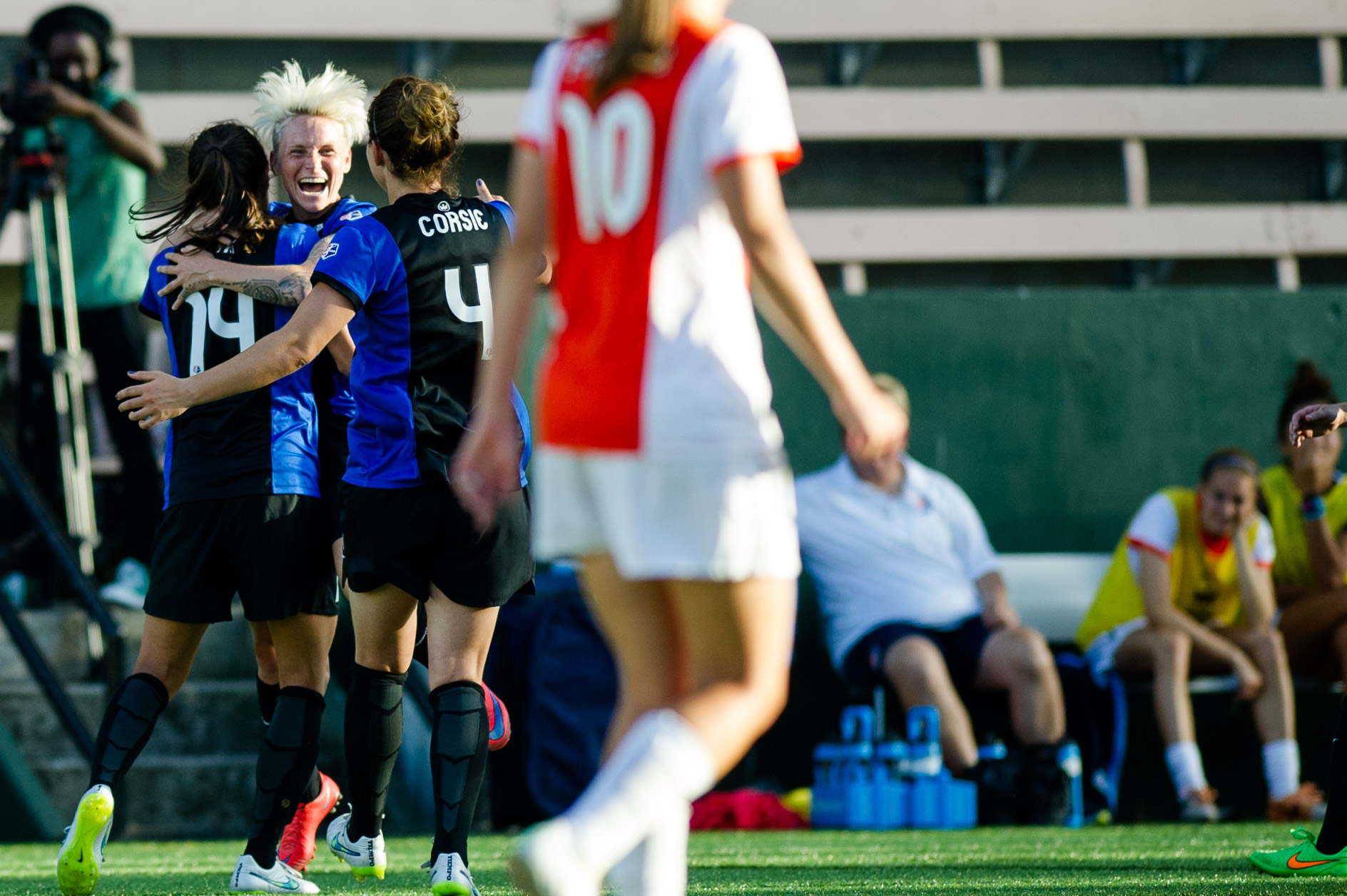 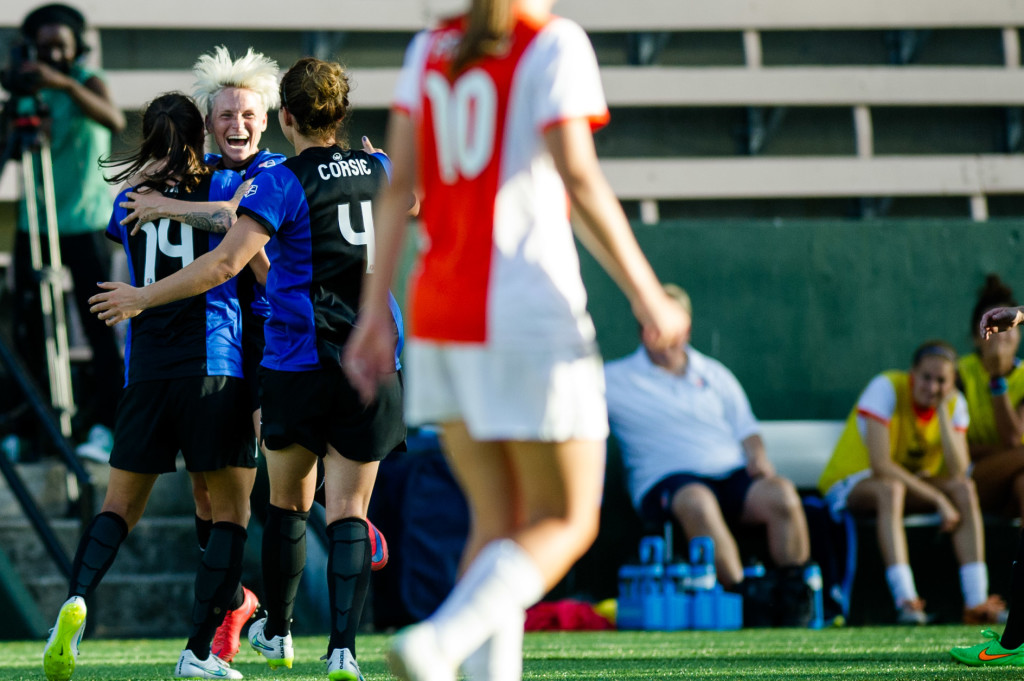 The Reign got back on song Saturday night winning for the first time in more than a month, 3-0 over Sky Blue FC. Keelin Winters and Jessica Fishlock scored first-half goals and Kim Little converted from the spot with a quarter-hour to play to lift the Reign. Although 35 days elapsed between Reign victories they played only two league matches during that time, drawing both. Sky Blue are winless in a club record eight straight and sit at the bottom of NWSL.

Both teams made some lineup changes. Sky Blue did not start Nadia Nadim. The Danish striker was on the injury report with an ankle sprain but has also suffered a remarkable downturn in form over recent weeks. The Reign gave Scottish defender Rachel Corsie her first NWSL start in place of Elli Reed at right back. They also put Mariah Nogueira in the lineup for her first start of the season. And most importantly they welcomed Jessica Fishlock back after serving a red card suspension.

It did not take long for Fishlock to make her presence felt in the match. In the 8th minute she received a ball in space from Little, drew defenders to her and laid off a pass to Winters. Two touches later and Winters had the ball on her right foot with a favorable angle to drill her 1st goal of the season.

Sky Blue merely equalized in the 15th when Meg Morris ran onto a direct ball and beat Haley Kopmeyer only to see her shot go off the post. Morris had another chance in the 26th that wandered wide and shortly thereafter Fishlock essentially salted the game away.

Stephanie Cox lined up a corner kick in the 27th minute and it found Fishlock’s head. She flicked it back post for an exquisite goal, her 3rd of the season.

Little capped the scoring from the spot after a Reign free kick was handled in the wall.