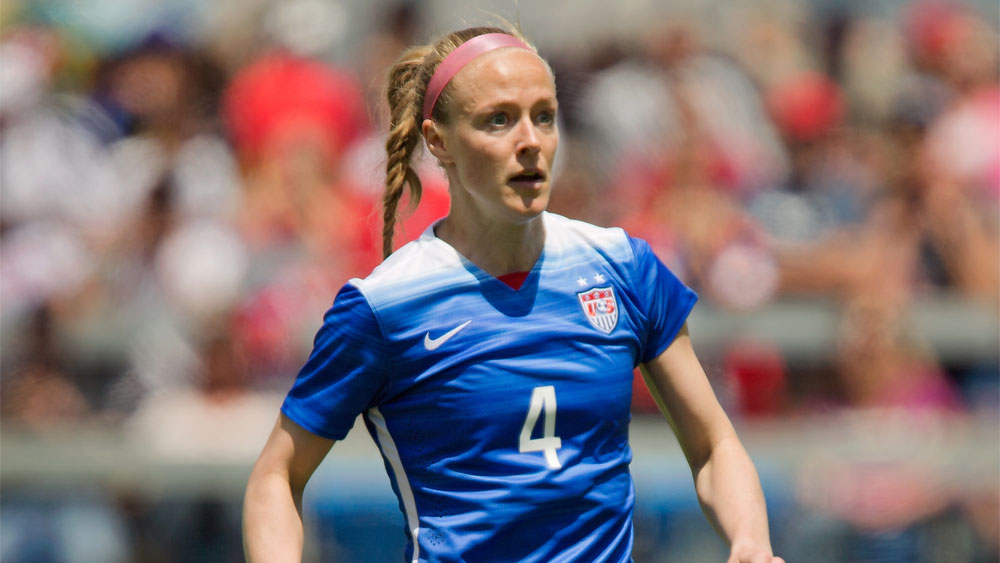 Four years ago the United States women were on the verge of a third World Cup title in the final against Japan, but twice conceded equalizers before losing in penalty kicks.

Fast-forward to 2015 and the starting defensive unit has changed drastically, including a very recent injection of youth.

Julie Johnston was opportunistic while filling in for injured teammates this spring and has solidified her spot as a starting center back alongside Becky Sauerbrunn. Meghan Klingenberg is likely to start at left fullback and Ali Krieger will likely start at right back as the only returning regular of the four from 2011 (Johnston and Klingenberg weren’t on the roster, and Sauerbrunn only played in one match after Rachel Van Hollebeke (then Buehler).

Buehler, Amy LePeilbet and Heather Mitts are out of the picture and Kelley O’Hara is a reserve now.

Lori Chalupny is one of the most interesting stories on the United States national team. In 2008 she was widely heralded by her peers as the best left back in the world, helping the U.S. win a second straight Olympic gold medal. But she suffered several concussions and did not gain clearance from U.S. Soccer to play for the national team…until November. Five years later, she returned to the U.S. national team after obtaining medical clearance. Chalupny is versatile, capable of playing outside back, forward or in the middle of the park. In league play for Chicago and in the past professional league for Atlanta, Chalupny is often the best player on the field, regardless of which position she is in.

One of a handful of U.S. players to find their form abroad, Whitney Engen credits her first trip to Sweden to play for Tyreso as reason for her still playing the game. She played in a UEFA Champions League final with the team last year and won a league title with Liverpool in between. She’s a tall center back who provides the United States depth. Engen was a large part of three NCAA national championships in her four years at North Carolina and she seamlessly stepped into the professional circuit, helping a world all-start Western New York Flash team win the (now defunct) WPS title in 2010.

‘Energy’ is the first word that comes to mind regarding Meghan Klingenberg. She brings it both on and off the field, and it is particularly evident when she scores. She has two career international goals heading into the World Cup and both were highlight-reel stunners. Over the past year, Klingenberg has solidified herself as the starting left fullback, a position the U.S. coach Jill Ellis asks a lot of defensively and in the attack. Klingenberg played with Engen and forward Christen Press at Tyreso. And she has a black belt in Taekwondo, so….watch yourself.

Ali Krieger was the best right fullback at the 2011 World Cup and a big reason the U.S. found success in there in Germany, where she played for over five years in the Frauen-Bundesliga for Frankfurt, where she won a UEFA Champions League title. She missed the 2012 Olympics after tearing her ACL in qualifying (in Vancouver, where the U.S. will play in the group stage; it’s also the site of the final). She has slowly worked her way back to form and she is healthy despite and early April concussion. Krieger now wears protective head gear made of the same material as bulletproof vests.

Julie Johnston is something of an anomaly for the U.S. women, who generally have a tough lineup to crack. Johnston was left off the World Cup qualifying roster in October but was soon re-added after an injury to Crystal Dunn. Johnston didn’t play at qualifying and only started earning more minutes in March at the Algarve Cup. Veteran Christie Rampone, the team’s longtime captain who turns 40 this month, was injured through much of the winter and spring. A hamstring injury to Engen then meant it was Johnston’s time to step up and she did exactly that, scoring in an Algarve Cup final win over France to start a three-game scoring streak. Johnston captained the U-20 team to a World Cup title in 2012 and she was named NWSL Rookie of the Year in 2014.

Once the NCAA’s leading scorer and record-breaking forward at Stanford, Kelley O’Hara is now a defender, although her versatility could also see her push into a higher role at times. O’Hara won the MAC Hermann trophy as college soccer’s best player in 2009, tallying 26 goals and 13 assists. She played every minute at the 2012 Olympics for now Sweden coach Pia Sundhage, but O’Hara’s time on the field with Jill Ellis in charge has been more limited as Meghan Klingenberg has locked down the left fullback spot. Ellis has talked about rotating her outside backs throughout the tournament, which should see O’Hara earn minutes.

Christie Rampone turns 40 years old during the tournament and she is the last remaining link to the 1999 team, the last U.S. squad to win the World Cup. Rampone has appeared for her country over 300 times, most among active players in the world and second only to former teammate, Kristine Lilly. Rampone, the team’s longtime captain, had been seemingly ageless throughout the past four years, but a back injury followed by an MCL sprain this winter and spring limited her pre-World Cup minutes to just 75 minutes. Johnston emerged as Rampone’s immediate and seemingly long-term successor in in the veteran’s absence. Expect Rampone to still play a vital role in this World Cup on and off the field. (Buehler’s red card in the quarterfinals in 2011 serving as a prime example of the need for several good center backs.)

Two-time reigning NWSL defender of the year, Becky Sauerbrunn over the past couple of years has gained backing from many as the world’s best defender. Her abilities to read the game and make intelligent decisions – on the ball and off – are second to none and she is sneakily dangerous going forward, known to make long adventurous runs at times, a common trait historically among American center backs. The success of the United States’ defense will largely be dictated by this general, who turns 30 on the opening day of the tournament.

Meet the US World Cup team: Goalkeepers
CSA president: No bribes for this World Cup