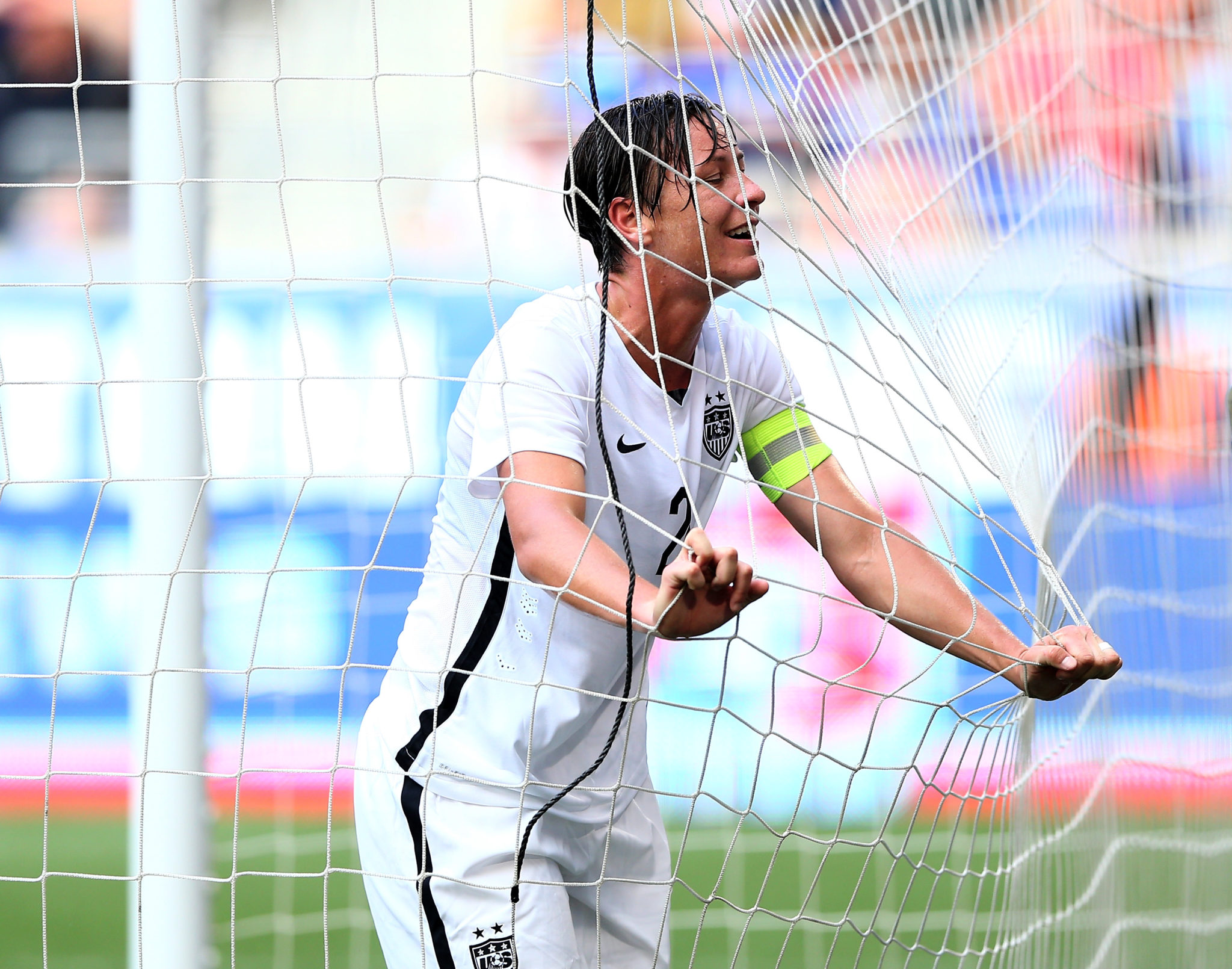 After the United States drubbed Mexico to qualify for the World Cup, Mexico coach Leo Cuellar remarked that the United States had enough forwards to fill out starting lineups for three teams.  Here are the five Jill Ellis took with her to Canada.

Abby Wambach, who turned 35 on Tuesday, has been the face of American women’s soccer since the core of the 99ers retired after the 2004 Olympics.  She has done it all—Olympic gold medals, a club championship, and more international goals than anyone who has ever played—except win a World Cup.  Her dramatic, stoppage-time header against Brazil in 2011 stands as one of the most dramatic moments in the history of the tournament, but it was not enough to boost the United States to the title.  Recent years have seen Wambach dogged by suggestions she has slowed down too much to be considered part of the core of the U.S. team.  Her exact role remains to be seen, but what is clear is that Wambach can still score goals in the right situation, and that she is willing to put herself on the line to bring home a World Cup.

Alex Morgan arrives in Canada with questions about her health.  A bruise on her left knee forced Morgan to miss the final three matches in the run-up to what will be her second World Cup.  Morgan did participate in the United States’ first training in Winnipeg on Wednesday, but coach Jill Ellis has said the team will have to monitor her minutes early in the tournament.  Morgan’s health and affectiveness could be considered a key to the United States wading through the deeper waters of the tournament.  She has a nose for scoring important goals, none bigger than her last-minute header to beat Canada in the extraordinary 2012 Olympic final.

The Canadian neutrals are not particularly likely to be rooting for the United States but they will be especially rooting against Sydney Leroux.  A Surrey, British Columbia native, Leroux was a Canadian youth player before eschewing a chance to be a major building block in order to pursue a place in the United States team.  She made it and is a likely starter at least until Morgan is fully fit.  Canadian fans have not forgiven Leroux for playing for the U.S.  Two years ago she was viciously booed throughout a U.S.-Canada friendly in Toronto.  She responded by scoring a goal and then pointing to the crest on her U.S. jersey.  If she responds with more goals on this trip to Canada it will greatly enhance the chances of a United States victory party.

Affectionately known as A-Rod, Amy Rodriguez is one of the comeback stories on this team.  It is not only that she missed significant time to give birth, but rather that it looked like she might have been finished at the international level even before taking maternity leave.  But Rodriguez committed herself and enjoyed a marvelous 2014 season with FC Kansas City capped by scoring both goals in the final.  For now she is on the short list of players whose national team credentials have been enhanced by NWSL.  Recent matches suggest Rodriguez will not be part of the regular rotation, but she barely needs a touch to make an impact on any match.

A forward on the official team sheet, Christen Press is likely to find herself in midfield where she will be called on to create for others as well as score.  But if Morgan is not a starter and assuming Wambach is not going to start every match, Press could find herself at striker at some point during the World Cup.  A Tom Sermanni-era debut player, Press has quickly risen through the ranks in a competitive group of attacking personalities.  At 26 she has pretty much mastered the club game and could be poised for a breakout on the international stage.