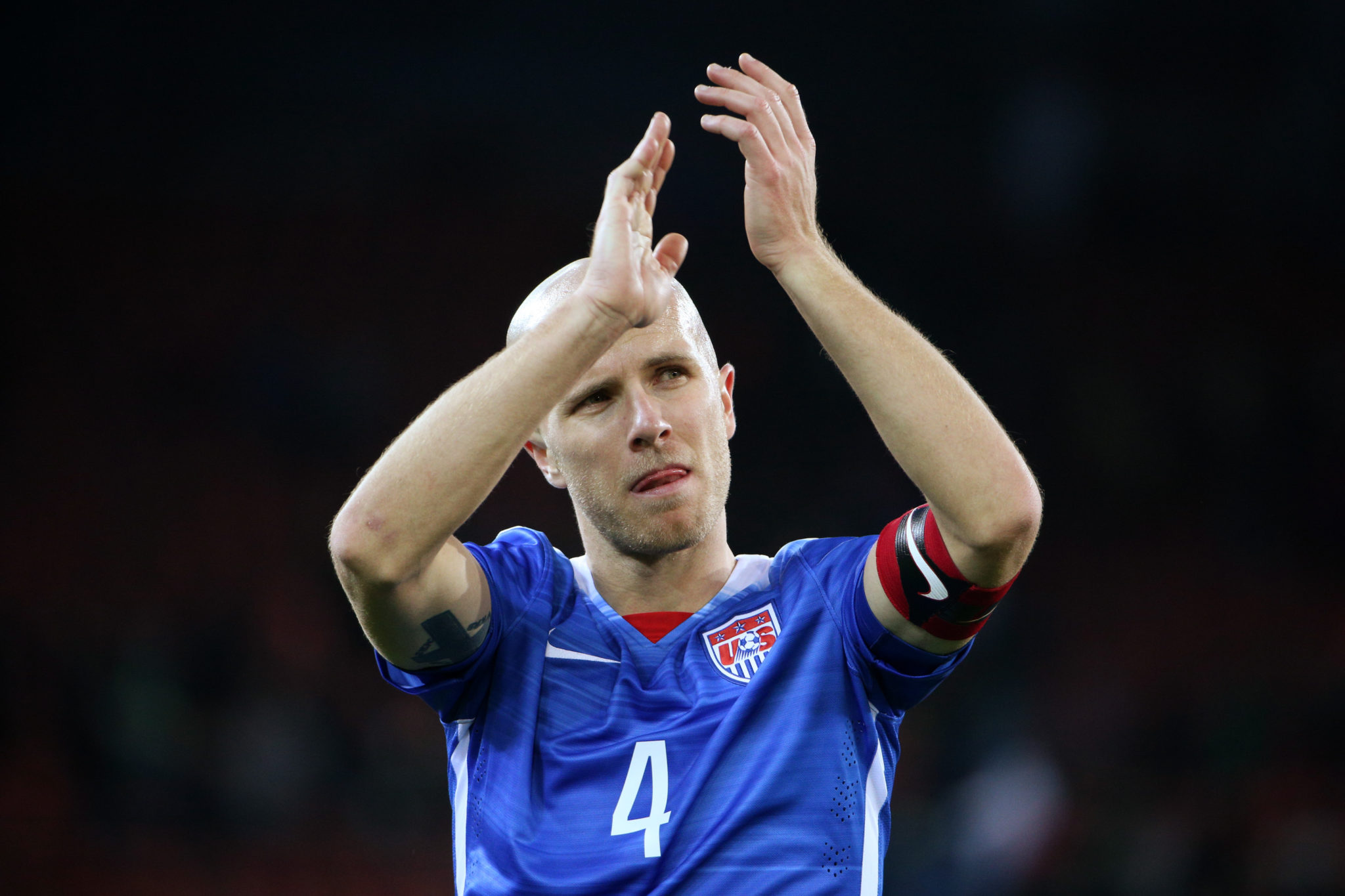 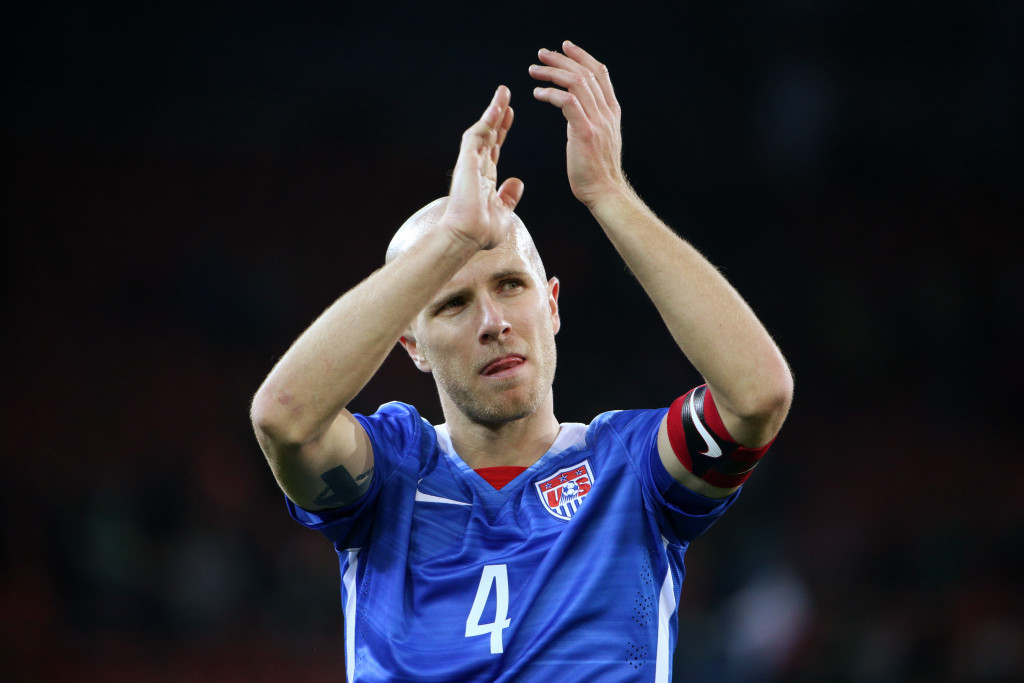 The 2015 FIFA Women’s World Cup is quickly approaching as the anticipation and excitement builds for the opening match on Saturday in Edmonton, Alberta. Supporters are ready to watch their favorite teams and players compete. Major League Soccer players are equally excited for the opening kickoff and what will be a compelling World Cup.

A dozen MLS players and an MLS Goalkeeper Coach weighed in with their thoughts on the World Cup. Each individual was asked the following three questions below. Most players had pretty decent knowledge of the women’s game:

World Cups are always special. They have ways of bringing together people from all across the world. I know that the women who represent their national teams are extremely excited for that opportunity.

Typically they’re a very good team. I wish them the best of luck and I have certainly a lot of confidence in them.

Nope, no. I mean I know them just from seeing them in passing at different times, but I wouldn’t say I’m real close with any of them.

To be honest, I’m excited for it actually. I think it’s going to be one of the better ones in recent years. I think Canada, when I think about a place to host it, because I remember having my World Cup here (2007 U-20 World Cup), I don’t think there’s a better place to be. Hospitality, and I’m sure the fan turnout will be great so I think it will be a good World Cup.

Hopefully they’ll win. I hope they do well, I hope they win the Cup. Obviously I think it will be the most difficult one for them to get.

No, but we always cheer them on. You see them here and there and we are always positive with each other so hopefully they can have a good run.

I think anytime a team plays against the U.S. women’s team, the spotlight’s on them. They’re one of the best teams in the world, if not the best team in the world and I think the whole country’s behind them. We all believe that they’re going to go out there do a good job, get out of that group and ultimately win the World Cup. Will it be easy? No, it’s never going to be easy. Nothing worth having comes to you easy. I think the team they have together is a very strong team and I’m looking forward to watching them win the World Cup.

I think we have a very solid squad and hopefully we have a good chance of taking it all.

I don’t keep in touch with them. In passing at the StubHub Center we exchange some words. I’m sure I’ll see them soon and I wish them all good luck.

It’s huge. We’re wishing our women’s team the best. They have a great squad and hopefully they can get the championship.

I think they’re a top team. One of the best teams in the world, if not the best. If they do what they can do, they shouldn’t have a problem getting out (from the group stage).

I don’t, no. We’ll be pulling for them, absolutely.

It’s a great honor and I think our venue, I can’t speak for the other venues throughout Canada, but our venue is going to compete with the best around the world. I think Canadians have a great chance to win it, being here in their home country. I’m excited just to be in the same city.

I’ve watched a few games of theirs leading up to the World Cup and they do have some quality players. I’ll obviously be rooting for them. It’s probably not going to be a most favorable response for you, but I’m looking forward to it. I’m going to try and get some tickets any way I can.

I’ve met a few but I don’t keep up. I’m not friends with any of them, but definitely met a few. I’m a fan of all of them. I definitely want the U.S. to win and I’ll try to get a jersey somehow and I’ll be in the stands somewhere so you’ll have to find me.

It’s a World Cup. We have a great, very experienced women’s soccer team with good young players (and) good old players. I think they’ll do well in this tournament. I hope that we have a lot of support for them here, and I know we will in Vancouver. The game’s growing here, and this just adds to that. I wish the women’s team best of luck.

I think they’ll do well. I wish the team the best. They know what they have to do. They’re a very good side. They’ve proved that in the past and they will prove that in the future.

I don’t really know too many of them. I think I’ve come across them and met maybe a handful. No one personally, no one that I keep in touch with, but again, you see each other bouncing around in the city every so often and you wish nothing but the best for each other.

I only realized when I came here yesterday that the World Cup was going to be here. I think it’s good in this country because they really, really embrace women’s soccer. I think it’s a little bit difficult in England because the men’s game is so strong and dominant that the women’s game isn’t taken as seriously. It’s getting better like you say, and a World Cup, I’m sure the games will get screened in England and that will help.

To be honest with you, I’m not really too experienced on the women’s game so I wouldn’t know. Being English I know that we always have a lot of (belief) that we, should be winning everything. I hope the girls come here and they’re relaxed and they just enjoy the tournament.

Yeah it’s awesome for North America in general. Obviously the U.S. have been pretty dominate in terms of putting great players out on the field. We’re lucky in Seattle we get to go and watch a lot of these girls play and do really well. Last year, watching girls like Sydney Leroux and I went to school with her (at UCLA). It was really cool to have her in Seattle. The U.S. have tons of talented players and so do Canada, it’s going to be cool. Will definitely keep an eye on it. Being in and around the same time zone, it’ll be fun to watch.

I do have a couple of friends on the women’s team for the U.S, but I think I’ll have to go with the Three Lions in this one with England. Traditionally France and Mexico have both been pretty strong. The top English League (FAWSL) is filled with good teams. The Arsenal Ladies always do well. Where I’m from, Bristol, they’re a good squad as well. I hope for the best obviously, I’m definitely supporting them.

Oh it’s great. Before I would have to say I was a little ignorant about women’s soccer and we discussed it today, actually in the office because Gordon Forrest (assistant coach) also worked in women’s soccer before the Olympics. I think as male coaches we are quite ignorant about women’s soccer and if you don’t really know how hard they work, how focused they are, and professional they are until you have been involved. I think the men have a lot to learn from women’s soccer because they are so well prepared, almost over prepared. There’s so much detail before games and tournaments like this and I know how much hard work it is. That’s fantastic and great for Canadian women’s soccer to host the World Cup. I know women’s soccer is miles ahead of men’s soccer in Canada. I’ve heard they’ve sold a lot of tickets and it will be great. It will be an extremely hard group for Canada to get out of. I don’t think the Canadian people know it, but Canada has the worst group in the whole World Cup, but the players and the crowd don’t know it, but the coach knows it.

Even Pellerud named 18 players and he’s going to have five more in the roster. He named 9 attacking players and it’s very offensive thinking from Even. He has a lot of quality strikers. They play in the best teams in Sweden, Bundesliga, France and in the best team in Norway. He has a fantastic front four. I think maybe the best front four in the World Cup overall of all the teams. I think many shouldn’t be surprised by Norway, they will do really well.

I don’t know them personally. I was actually offered to work with them through Even when he got the job. I know their goalkeeper coach and how he’s working with (Ingrid Hjelmseth) and he’s a good goalkeeper, steady and she’s working kind of similar principles as me. Like the bread and butter saves first and then the top corner in the 90th minute 3-0.

It’s great for the country and I think it’s good for Vancouver because you will host the final. I know a lot of big events are coming here, I know Canada is one of the favorites for the title so I’m sure the country is going to go behind the national team of the girls. I know the U.S. are prepared too and they are looking forward to supporting their team too. It’s going to be a fun competition. It’s in the same kind of time difference with the U.S. so you don’t have to wake up at 6:00 a.m. to watch a game. I’m sure a lot of games will be on FOX and TSN (in Canada). It will be very fun to watch. When it’s a World Cup everybody is watching. I’m sure a lot of excitement is going to come here. You are going to have probably lots of people coming from the world to watch this competition.

No I don’t know a lot of them. I used to know a few girls when they came to America and play, but it was an older version they don’t play anymore. I know a few Americans when they played in Philadelphia. I know Amy Rodriguez for a little bit. We hung out a lot when she was playing in Philadelphia. Lots of good players in France, but they are young so it’s kind of like, not really my generation. I’m just kind of discovering them when I’m going to watch the game.

It’s good.  First of all I like Canada. I’ve been to Vancouver now and it’s real beautiful. I didn’t expect it to be this nice. I thought it would be cold. It’s good for the country.

I mean yeah it’s a tough group, but USA are good and Sweden are real good. I think USA vs. Sweden it’s going to be a tough call. They’re both great teams, so we’ll see.

I don’t keep in touch, but I know Kosovare Asllani, Nilla Fischer, and Lotta Schelin, the striker. Those are good players and they’ll do well.

I hope they can do their best and reach all the way, I’m always going to support them.

Wow, hard group, but nothing is impossible so I just wish them a lot of luck.

No, I really don’t keep in touch them because I have no friends on the women’s national team, but I always follow them on Twitter so I just want to wish them luck.

Blatter announces he will resign as FIFA president
Sweden assimilating to turf, weather in Canada