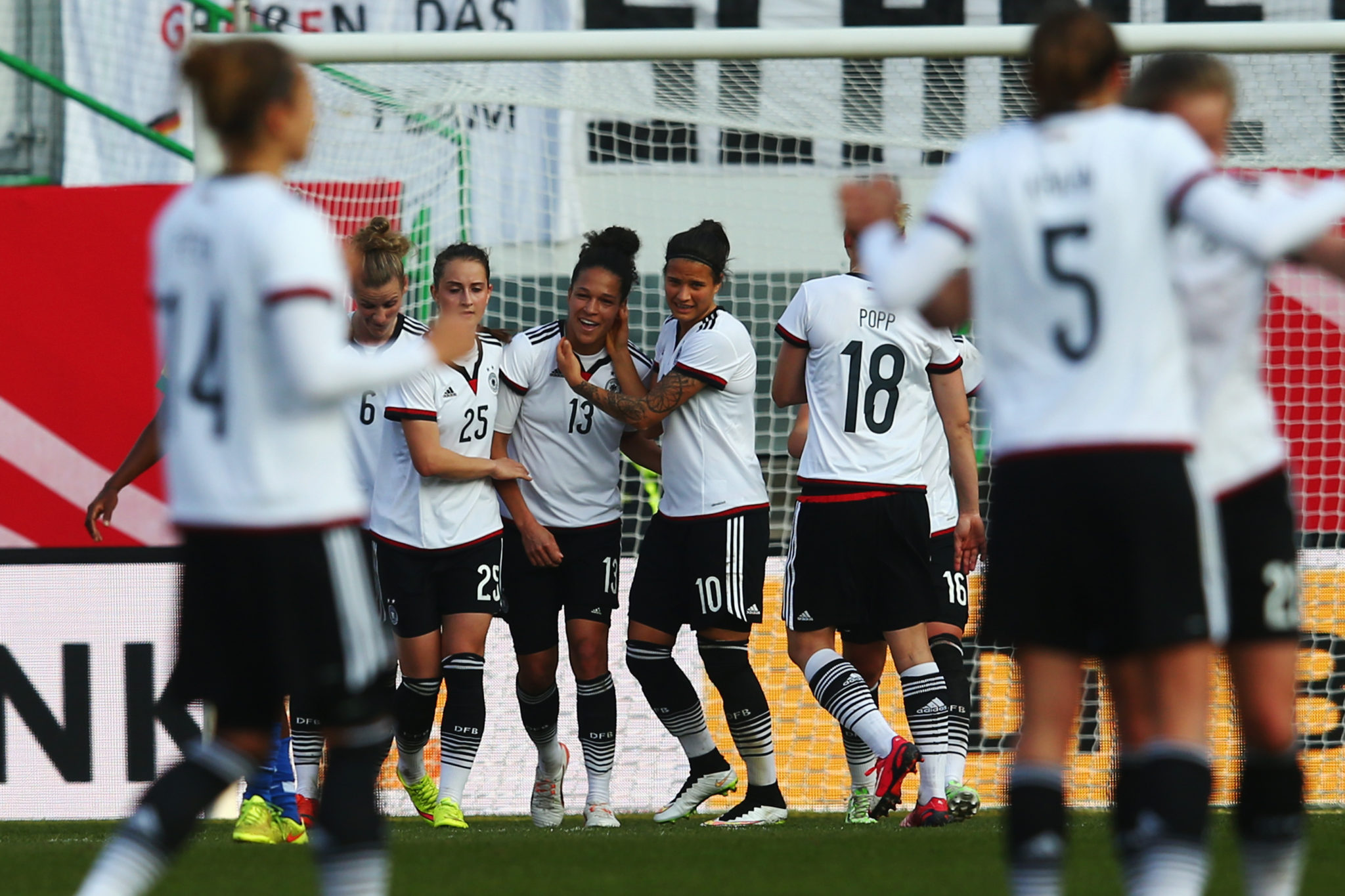 Germany is a heavy favorite for Group B. (Getty Images)

There is unlikely to be much drama for the automatic knockout spots from Group B.  Former champions Germany and Norway pace the group that also includes debutantes Cote D’Ivoire and Thailand.  That makes the middle match day the most important.  Germany will play Norway with the winner of the group guaranteed a 3rd-place finisher in the Round of 16.  If Cote D’Ivoire or Thailand can get 3 points off the other, the winner could sneak through to an unlikely knockout appearance.

The Germans must be chomping at the bit to get this tournament going after the bitter disappointment of losing in the quarterfinals to Japan at home four years ago.  The 2003 and 2007 world champions are among the favorites, though support has waned some after injuries to Nadine Kessler and Luisa Wensing as well as the absence of Fatmire Alushi. All of those players will miss the tournament.  But the Germans have an established, winning culture, something that puts them with only the United States in women’s soccer today.  They also caught a dream draw which should allow them to work their way into the tournament to be ready for the final three matches.

It will be interesting to see how the African side plays things tactically in their opener against Germany.  Will they go for broke and risk sabotaging their goal difference? Or will they sit and absorb pressure, hoping a narrow loss will see them out of the group stage if they manage to beat Thailand four days later? The largely unknown side comes to Canada preaching a team-first approach and are among the youngest teams in the World Cup.  Their player to watch is Ida Guehai, the dominant scorer in their domestic league.

One of the early powers in the game, Norway’s resume includes World Cup champions in 1995 and Olympic gold medalists in 2000.  However in 2011 they stalled in group play for the first time and did not qualify for two of the last three Olympic Games.  Two years ago they made headway by reaching the final match of Euro 2013 when Germany beat them 1-0 on the strength of two penalty saves by Nadine Angerer.  If Norway can overturn that result June 11 in Ottawa it will land them a favorable knockout draw.  Even still, the goalscoring prowess of Solveig Gulbrandsen, Ada Hegerberg and Isabell Herlovsen should easily see them through group play.

Long an afterthought even in Asia, Thailand utilized some favorable conditions to book their inaugural ticket to a World Cup final.  They’ll be up against it in the tournament from the get go against Norway but on world rankings are a favorite to beat Cote D’Ivoire and give themselves a chance to advance.  The Thai side does not possess much size, which makes their task of containing Norway and Germany that much more difficult.