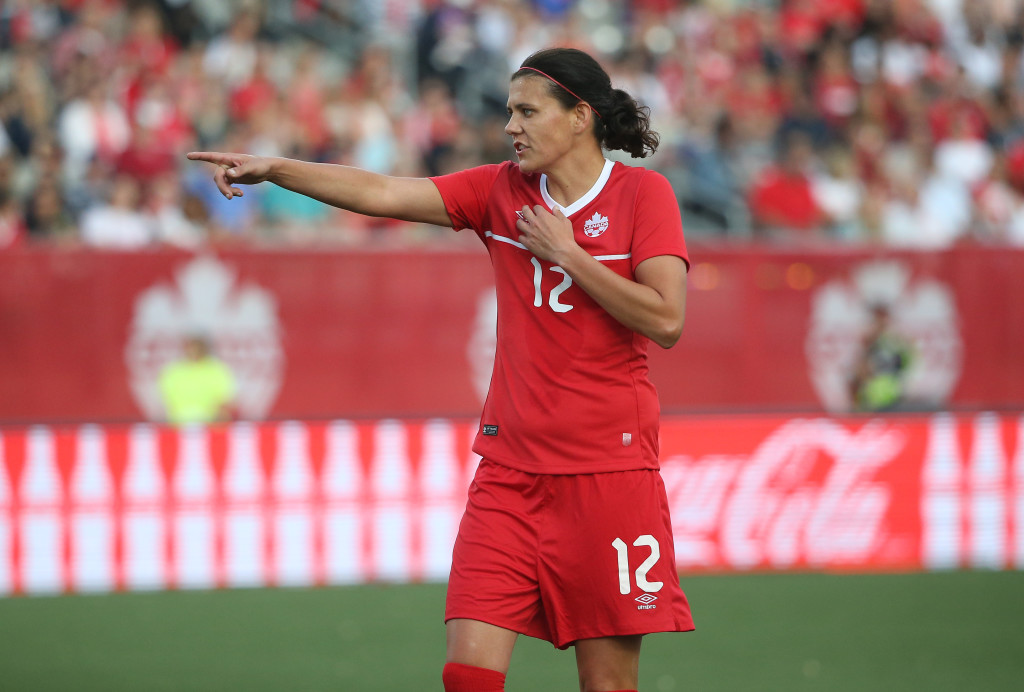 Group A is arguably the most wide-open of the six groups, even if hosts Canada will be slightly favored. The Netherlands are the dark horses of the tournament, while China and New Zealand are both capable of beating any of the teams in this group. Winning Group A should yield a fairly nice route to the semifinals for whichever team prevails.

Canada enters the World Cup on home soil with aspirations of winning it all, which will require a worst-to-first feat. The Canadians finished dead last of 16 teams in the 2011 World Cup, thanks in part to playing Germany, France and Nigeria in the group stage in addition to captain Christine Sinclair’s broken nose in the opening game. Sinclair erased some memories of recent struggles with a return to form this spring. The world’s third all-time leading goal-scorer is capable of carrying a team and a nation on her shoulders, as seen at the 2012 Olympics, where Canada won bronze. But with Diana Matheson still a question mark – she tore her ACL in October and won’t be ready for the start of the World Cup, if at all – this team is missing its engine. That puts more pressure on Sophie Schmidt in the middle of the field. Winning the group sets up Canada for a run to the semifinals, where anything could happen, especially given the team’s bruising, physical style of play.

China is a shadow of the team that was once inches from beating the United States in extra time of the 1999 World Cup final, but an injection of youth looks like it has the program trending in a positive direction. Of course, just being in the tournament is a step in the right direction after hitting rock bottom and missing the 2011 World Cup. Of course, missing this World Cup, which is expanded to 24 teams for the first time, was nearly impossible, especially with North Korea banned after a performance-enhancing drugs scandal in the previous edition. A 1-1 draw with the United States in December and a scoreless draw with Brazil in March are notable results for a largely nameless China team.

New Zealand is the best team to have never gotten out of the group stage of a World Cup, a curse that continues to hang over the Football Ferns despite advancing to the quarterfinals of the 2012 Olympics. Missing out on the knockout stage this time around, with potentially three of four teams moving on, would be devastating. New Zealand has long been a tough team to play with enough bite to hang around games against even the world’s best teams – they’ve just always been a piece or two short. Defensively, the Football Ferns are sound as usual. Pressure will be on all-time leading scorer Amber Hearn and protégé Hannah Wilkinson to score.

Canada coach John Herdman has led the charge in identifying the Dutch as dark horses for the tournament (though in fairness, that could just be part of the mind games). The dichotomy surrounding the Dutch is fascinating: Debutantes who are getting considerable backing to make a run in the tournament. Teenage sensation Vivianne Miedema is a big reason for that, having led all of Europe during qualifying with 16 goals and also helped the Netherlands win the U-19 European Championship. The Dutch emerged from the UEFA playoff to book a spot in Canada. Whether or not they live up to the almost unfair amount of expectation will be a story to watch.