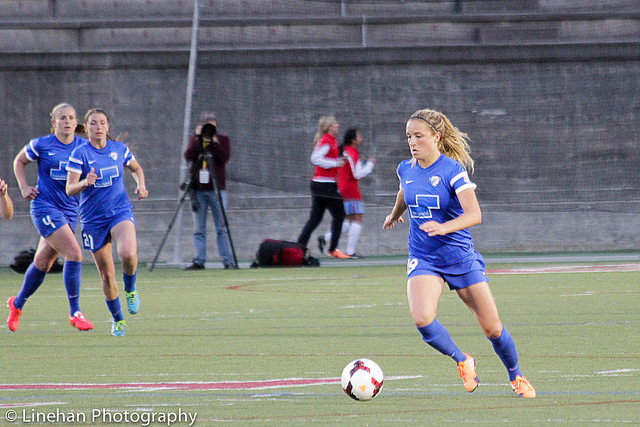 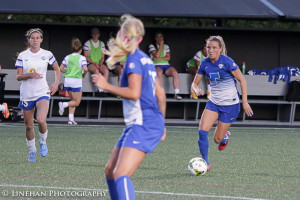 The Breakers remained undefeated at Soldiers’ Field with a 1-0 victory over holders FC Kansas City in front of 3,176 on Saturday night. Kristie Mewis converted against her former club in the 51st minute for the only goal—the second time in three weeks the Breakers have won a match 1-0 on a Mewis goal.

Breakers’ keeper Jami Kranich made several key saves in the moments following the goal and was named Player of the Match. Kranich now has two shutouts in her last three games and dropped her goals against average to 1.00 since taking over for World Cup bound Alyssa Naeher. The Breakers also created numerous other chances and were thwarted by Nicole Barnhart.

“It would have been nice to score a few more goals, and that was our aim,” Breakers coach Tom Durkin said. “We wanted to win this game, 4-0, and I think we could have done it.”

On the flipside, FC Kansas City lost their second straight match and have scored only once during a three-match winless streak and six total goals in eight matches this season.

The Blues (3-4-1, 10 points) will have several weeks to work out the kinks in their attack. They are off next weekend meaning their World Cup break has start. FC Kansas City are in Portland on June 19, the first league match following the World Cup group stage.