Distractions aplenty for USWNT ahead of World Cup 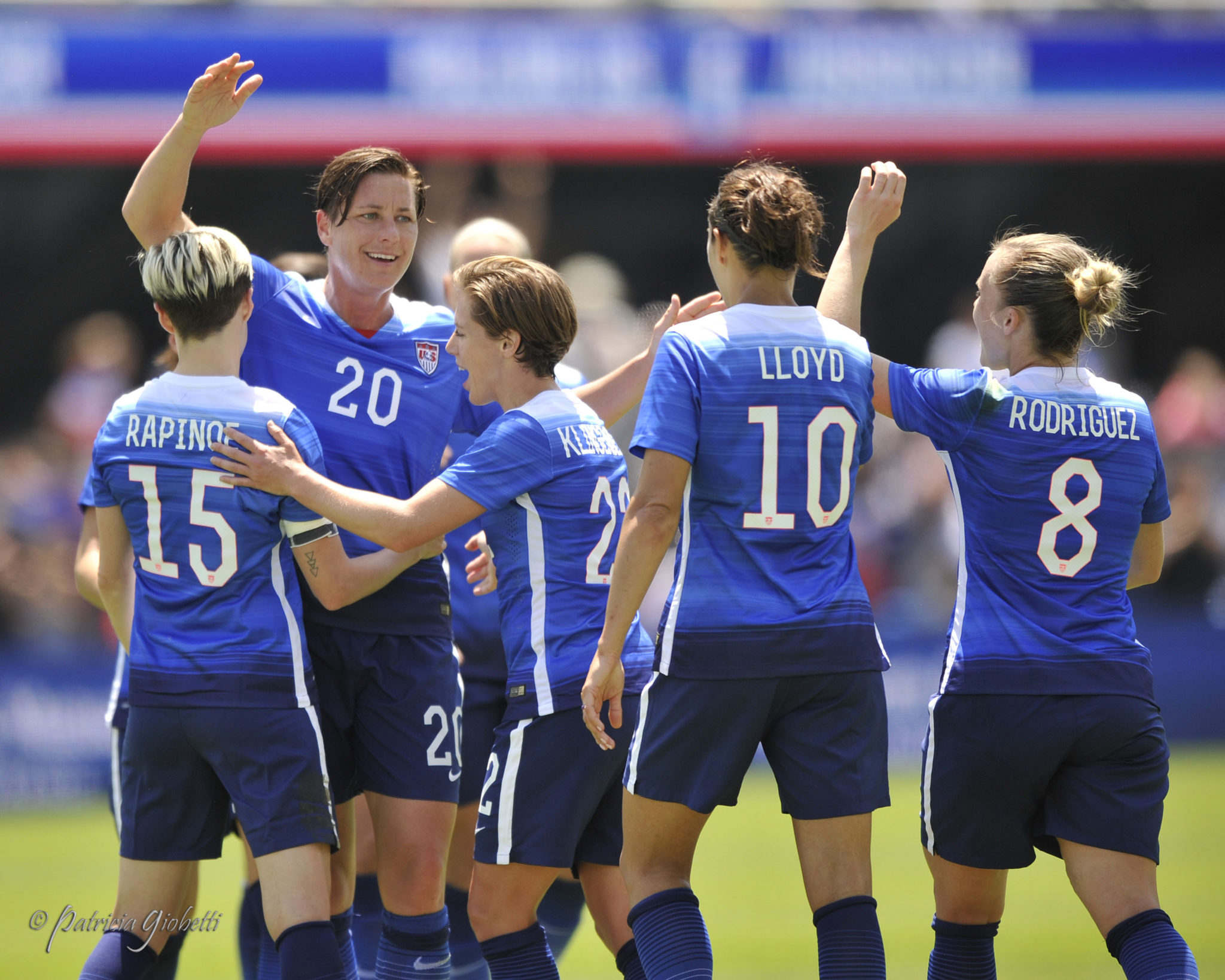 The U.S. women have had plenty of distractions ahead of the World Cup. (Photo Copyright Patricia Giobetti for The Equalizer)

HARRISON, N.J. — Commuting across the Hudson River for work is nothing new for New Yorkers and New Jersey natives.

Wednesday was a little different for the United States women’s national team, who didn’t have to choose between bridges or tunnels.

The day began early for the U.S. women, who traveled by boat to Manhattan for a television appearance and a concert by hit global pop musician Ed Sheeran in Central Park. After a brief bit of fun, it was back across to New Jersey for practice for the U.S. women, who play Korea Republic on Saturday at Red Bull Arena in their final match before the World Cup. The U.S. begins World Cup play on June 8 against Australia in Winnipeg.

Friday’s pomp and circumstance was just one event in a long list for a team whose popularity has swelled over the past three years. The players were also presented with dog tags by members of the Armed Forces on Friday before practice. Wednesday required another trip to Manhattan for the 23 players and the staff for an entire day of media obligations with local and national press.

There are distractions left and right for this team, coupled with the pressure of trying to win the World Cup for the first time in 16 years. Some, like a concert in Central Park, are more welcomed than the barrage of questions from media about FIFA’s corruption scandal and the ongoing discussion of the use of artificial turf.

Despite all the noise, veteran U.S. defender Christie Rampone — playing in her 5th World Cup — says keeping things in perspective is important.

“These are the good times,” said Rampone, who will play in her fifth World Cup. “We put all this time and energy into it and you have to embrace and enjoy the media days and enjoy the concerts. But at the same time, I’ve got to focus on the task ahead and that’s the World Cup coming up. Just don’t get too caught up in it all. Just enjoy the game.”

[KASSOUF: Will World Cup success for USWNT be boon for NWSL?]

Players vary in their respective approaches to handling off-field obligations and events — even those involving their own families. Saturday’s match is in U.S. midfielder Carli Lloyd‘s home state, where she always gets a heroine’s welcome. But she is already locked in on the World Cup and disinterested in occurrences outside of the white lines.

“For me, the World Cup started last game,” Lloyd said. “This is go-time. This is full focus mode for me and I know the team is totally focused. It’s different because we usually have gone for a pre-camp before the actual event and we’re in Jersey and going to pop up to Canada. So it’s a little bit different because when we get to Canada, the game will be here before we know it. So I think it’s important to know that the game has grown, that we’re popular. We are all over social media, it’s probably close to a sellout for this game, but it’s important to know that we are here to just play soccer. We have to focus and we have to take each game as a World Cup final.”

The U.S. women fly to Canada on Tuesday. Unlike previous men’s and women’s World Cups, the United States won’t have a base camp away from host cities that serves as home for the duration of tournament. The team will instead fly to Winnipeg and play its first two group games there before going to Vancouver. The distance between host cities in Canada makes for a different setup from the 2011 World Cup in Germany.  (The Americans would fly over 2,600 miles from Vancouver to Moncton if they finish second in Group D.)

U.S. forward Abby Wambach says she has 52 people coming to the World Cup between family and friends, across different games. Usually there is a smaller number of family-allocated tickets available, since players’ families would have to commit to the entire tournament. But the size of Canada allowed family members to pick select matches to attend.

Despite the large band of traveling support for her final World Cup, Wambach says she takes a similar approach to Lloyd.

“I have a lot of people coming but it is business for me,” Wambach said. “I don’t spend much time with my family throughout world championships. That’s a philosophy that Carli and I very much share. This is our dream, this is our goal. We don’t want anything to distract us.”

But some players look forward to having loved ones at major tournaments, supporting them in the stands just as they would on home soil and as they did years ago sitting in the bleachers at youth games.

“I think I take the opposite approach,” midfielder Megan Rapinoe said. “I need to step away a little bit more.”

Rapinoe said her girlfriend, family and a few friends will be in Canada to follow the team through the tournament.

“I like people to come,” she said. “It’s not like I’m spending the whole day with them, but I love sharing that experience with people that have been there the whole time.”