Will success for USWNT mean same for NWSL? 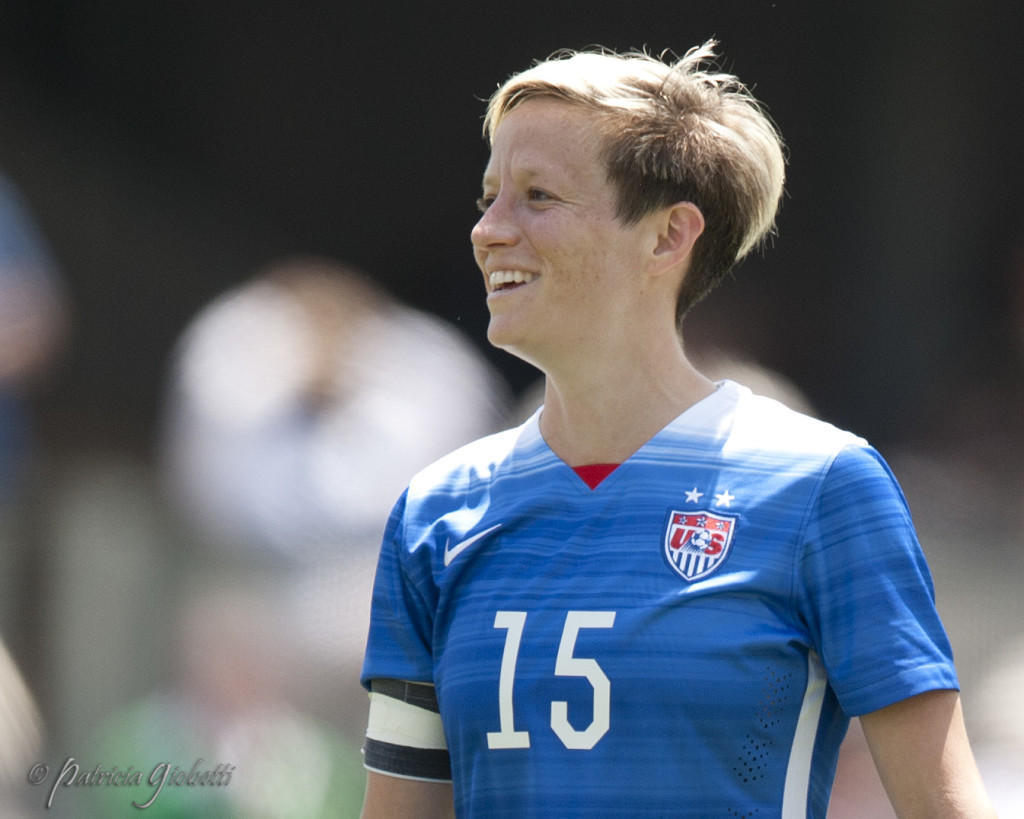 Megan Rapinoe says the U.S. women are aware of their role in growing the sport. (Photo Copyright Patricia Giobetti for The Equalizer)

NEW YORK – Success at the World Cup for the United States women will be defined solely by whether or not they stand atop the podium on July 5. That has been clearly defined.

Success off the field could mean many different things.

Uniquely burdensome and inspiring for women’s sports are their dual purposes: to win and to grow the game. Men’s sports are largely self-sustaining. Play and they shall come. But the decades-old dilemma for female athletes leaves them equally as worried about laying down a better future for future generations as they are about conquering their current-day competition.

Soccer’s place in this struggle – specifically in the United States – is uniquely paradoxical. The United States women’s national soccer team is the most popular, high-profile women’s sports team on the planet, one of few teams to feature within it mainstream athletes. Attendance continues to grow, evidenced by two straight sellout crowds in San Jose (18,000) and Los Angeles (27,000) and a standalone record crowd of 35,817 in St. Louis, Mo. in April.

But a women’s professional league, while more viable than its predecessors, is still far from a successful business. Save the anomaly that is Portland Thorns FC, the National Women’s Soccer League still goes largely unnoticed in its third season of play. Teams in Piscataway, N.J., and Rochester, N.Y., play in front of largely empty stands.

Four years ago, a dramatic extra-time victory over Brazil in the World Cup quarterfinals caught the attention of the nation. For a week straight, the U.S. women were frontpage headlines across the newspapers back home. They embodied the American spirit, winning at the last and always providing drama. And although they lost to Japan in the final, they came home to scenes of rabid fandom that are rare for women’s soccer: over-capacity stadiums for league games, TV appearances, sponsorship deals – you name it.

“That Brazil game really allowed people to jump on board and follow us more,” U.S. midfielder Carli Lloyd said Wednesday in front of a much larger than usual crowd of media. “I think we’re at a point now where if we win this thing, it’s going to be huge. There is no better time to win it, with the coverage, the social media and just with the fact that we haven’t won it in 16 years.”

Betting the viability of a domestic league on the coattails of World Cup success has twice failed, however. In 2011, Women’s Professional Soccer (WPS) was already dying and played out the final two months of that season before folding in the winter. In 2003, the Women’s United Soccer Association (WUSA) – which was conceived from 1999 World Cup fever – ceased operations one week before the start of the World Cup, which was in the United States due to the SARS outbreak in China.

“The state of women’s soccer isn’t reliant on our success at the World Cup,” says U.S. goalkeeper Hope Solo. “In 2003 we were hoping that the league would take off if we won the World Cup, but at the end of the day we learned that longevity in the women’s game is a slow growth process. So there is no pressure on us to win for the state of women’s soccer. The pressure on us is to win because we want to win.”

Still, the lack of correlation between national team success and the domestic league doesn’t leave players resigned as helpless in the cause. There is a self-awareness that the bigger picture is always at play.

“So I think for me and I think for us, after this World Cup we hope that the league is more stable than it was before, that women’s football is bigger and better than it was before in terms of focus on teams and marketing dollars and TV rights. We know that we are part of this crazy growth. It’s only the beginning of it and we just hope that it keeps getting better. Four years ago at the last World Cup, we were not doing this and I think we had five or six thousand fans at our sendoff game. And we’re really proud of where we are now. Hopefully that just keeps growing.”

Look no farther than Saturday’s sendoff game before the team leaves for the World Cup. A sellout crowd of over 25,000 fans is expected at Red Bull Arena in Harrison, N.J. Four years ago, the U.S. women played their final match before the World Cup at that exact stadium. Only 5,852 fans showed up.

“Going into the last World Cup, I just remember that we weren’t getting as many fans as we are getting right now,” U.S. forward Alex Morgan said. “We didn’t have as much coverage. It was harder to get on TV. I feel like everything is lined up for us and all we have to do now is win.”

Winning the World Cup, of course, has been that elusive ingredient.