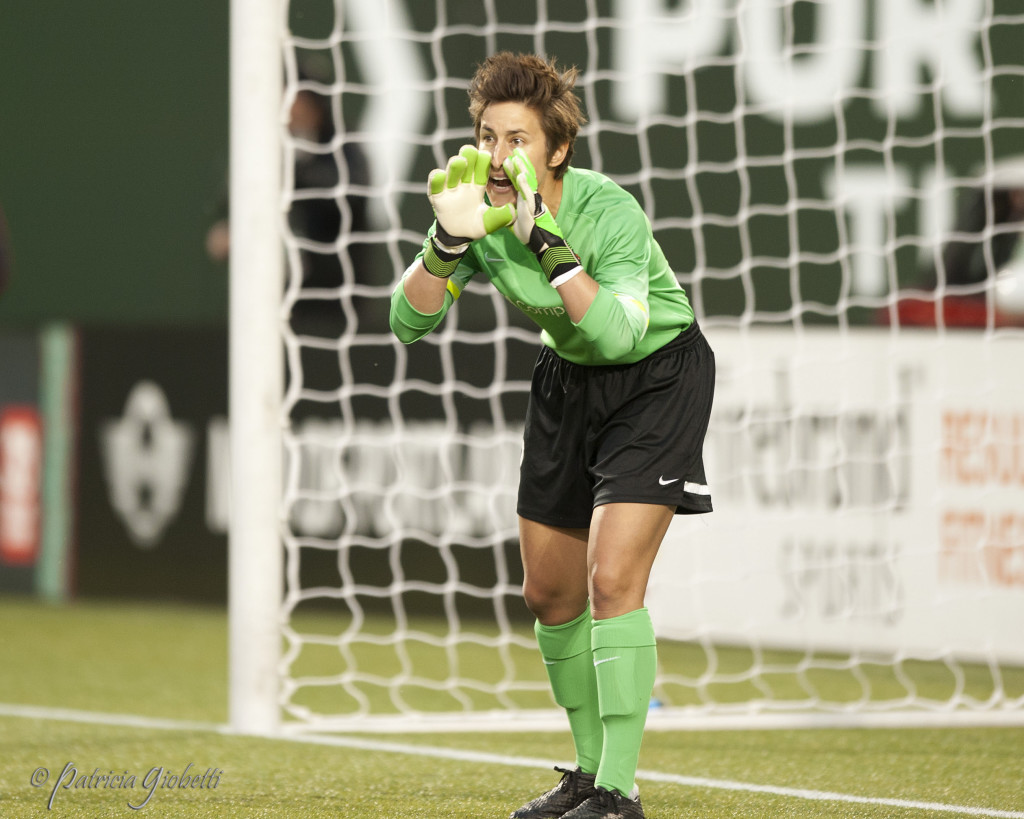 Bianca Henninger was phenomenal for the Dash on Saturday in a win over Portland. (Photo Copyright Patricia Giobetti for The Equalizer)

With the Women’s World Cup break fast approaching, the National Women’s Soccer League table looks predictably crowded. Second place and eighth place are separated by only three points through six weeks of play. This is how things got to this point:

Dash defense comes out of nowhere…and comes up big

Houston’s defense has been stretched so thin this season that it was thin before the season even started. Head coach Randy Waldrum knew it was a risk. And last week he made the tough decision to waive Irish forward Stephanie Roche — a household name for soccer buffs after going viral — to bring in a pair of international defenders. On Saturday, it was converted forward Ella Masar who played the game of her career — at any position. Masar made several impressive, well-timed tackles to break up Portland’s attack. And when the Thorns did get through, goalkeeper Bianca Henninger proved to be a brick wall in net, at times standing on her head to keep the Thorns off the board. Jessica McDonald finished on the other end to give the Dash their first-ever win over Portland. McDonald was traded away from Portland and you can bet that her goal for Houston on Saturday was extra special after saying last week that she thought her benching last year in favor of Alex Morgan and Christine Sinclair was “unfair.”

We knew this was a deep top of the draft class, but the immediate dividends being paid by many is surprising. No team has reaped more benefits than the Chicago Red Stars, who are unbeaten and atop the league, featuring league-leading scorer Sofia Huerta. Let’s take a look at the 15 picks from 2015 through six weeks of play:

That is a staggering amount of influence from rookies thus far. Huerta has the upper hand in the early race for Rookie of the Year, but McCaffrey and Mewis have been great and Brian will have more to say on that when she gets back from the World Cup.

Sam Mewis was phenomenal on Saturday, out-classing players years her senior in midfield as the Flash ran circles around the Spirit for much of the match. Mewis was rewarded with a goal on Saturday in what could be a season-changing result for Western New York. The Flash were without their No. 1 and No. 2 goalkeepers and even conceded twice due to a penalty and goalkeeping mis-positioning. To win that game — down two ‘keepers and with Crystal Dunn nearly putting the Spirit on her back — is huge. The Flash jumped from bottom to 7th, right back into the thick of the middle of the pack. Aaran Lines told me last week that he was happy with the progress of his young team, but there was no question about Saturday’s home match: “We need to win this game,” he said prior to the match. They did, and now suddenly things look much better for the Flash. Lines also said in reference to the recent ugly match against FC Kansas City that he was happy to see his young squad putting forth an aggressive mentality as it tries to establish itself.