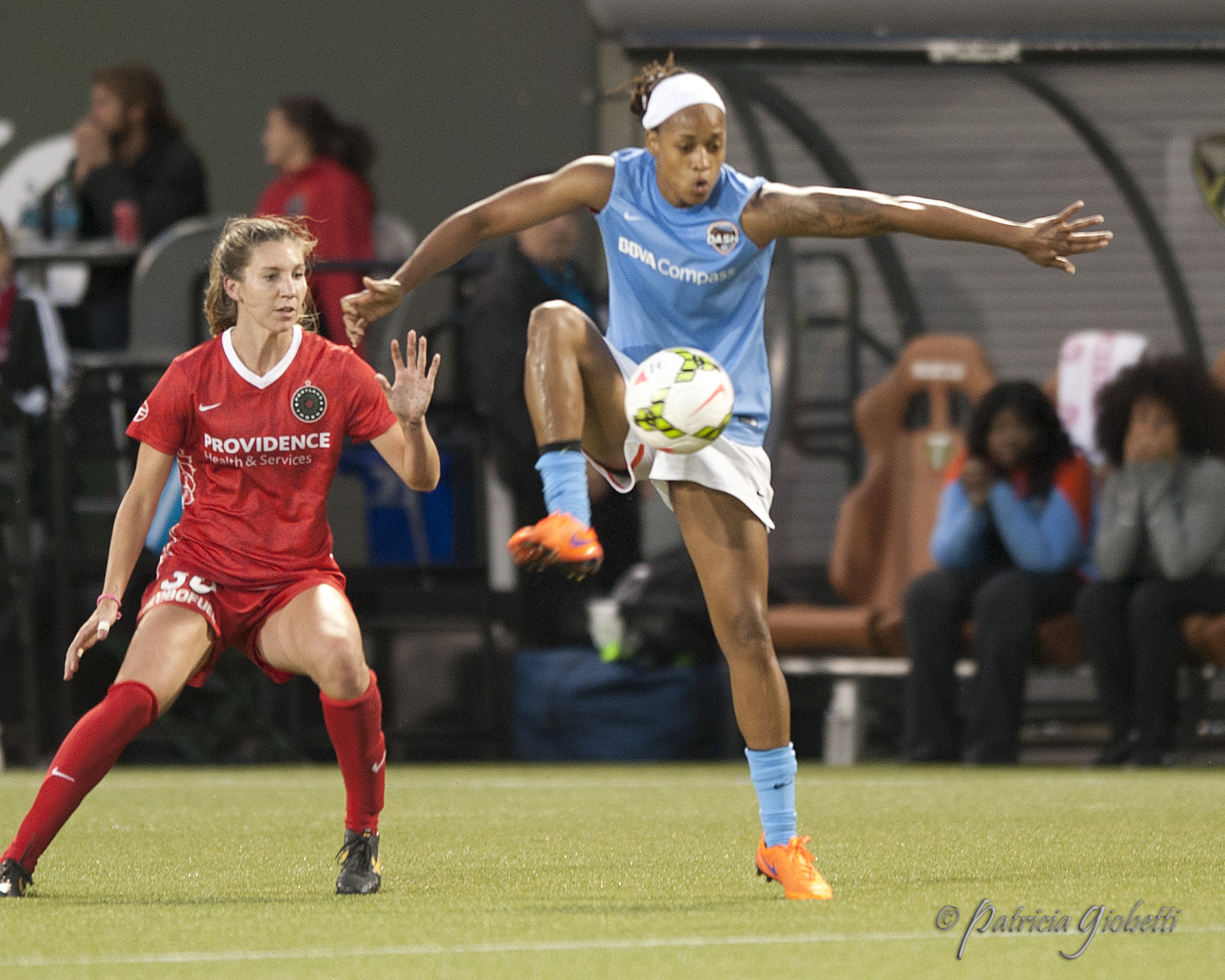 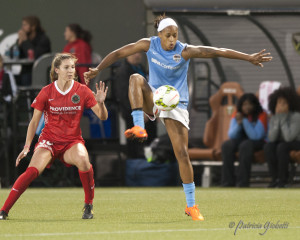 Jessica McDonald scored against her old team to lift Houston past Portland for the first time in four tries. (Photo Copyright Patricia Giobetti for The Equalizer)

Jessica McDonald greeted her former club with a 24th minute goal and the Dash made it stand up for a 1-0 victory over the Thorns at Providence Park on Saturday. The game swung in the moments before the goal when Dash keeper Bianca Henninger made consecutive saves on hard shots by the Thorns before McDonald finished a Kealia Ohai cross.

The win was the first for the Dash in four tries against the Thorns, and their first of any kind since winning on opening night. The Thorns’ season continued its pattern of diminishing pairs – they have dropped two in a row after two draws in a row which followed two wins to open the season.

The Dash began the match strong but looked to have lost momentum after about 20 minutes and soon after the Thorns nearly capitalized. In the 23rd minute Genoveva Anonma (Ayo) ran onto a ball in the right corner and fired a handcuffing cross to the near post. Amateur forward Sarah Jackson redirected it but Henninger was well positioned for the point-blank save. The Dash failed to clear the rebound out of trouble and Henninger was called into service moments later when Kendall Johnson ripped a shot from the left side.

A minute later, Brittany Bock put Ohai into space on the right side and the Dash’s first ever draft pick found herself one-on-one against Emily Menges. Ohai cut to the endline and served a perfect cross to McDonald who made a perfect run to the near-post and needed only to touch it for the finish. McDonald was a stalwart for the Thorns in 2014, picking up the slack while Alex Morgan was injured and Christine Sinclair struggled around the goal. The Thorns traded her to the Dash on draft day for a pick that was eventually turned into Jodie Taylor.

The Thorns turned up more pressure the remainder of the half but were unable to score for the second game running. Henninger was boosted by a strong effort from a backline which has received much attention for the players who are not available. Ella Masar, playing on the left side, likely had her best game as a defender. And recently acquired Toni Pressley contributed including a daring but clean tackle on Allie Long inside the 18-yard box late in the first half.