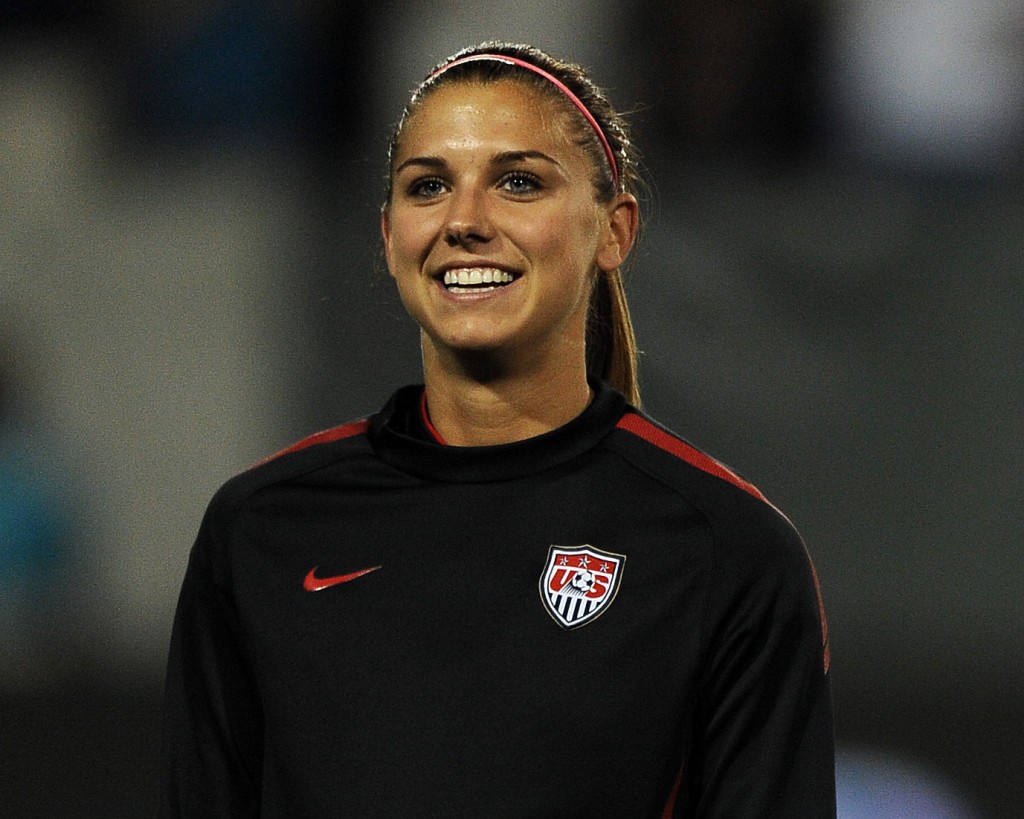 A little while back, Abby Wambach told the tale of how FIFA president Sepp Blatter confused Wambach’s partner, Sarah Huffman, for Marta. Marta — the five-time FIFA World Player of the Year, all of which came while Blatter has been in charge.

Now Alex Morgan — also one of the most famous women’s players in the world and recently ranked among the most marketable athletes in the world — has a similar story.

The 25-year-old U.S. women’s national team striker says Blatter didn’t know who she was when the two met at the 2012 FIFA Ballon d’Or Gala. Morgan was there as a finalist for the FIFA Women’s World Player of the Year award. Morgan finished third in the voting that year, behind Wambach and Marta.

“I have experienced sexism multiple times, and I’m sure I will a lot more,” Morgan told TIME magazine. “I feel like I’m fighting for female athletes. At the FIFA World Player of the Year event [in 2012], FIFA executives and FIFA president Sepp Blatter didn’t know who I was. And I was being honored as top three in the world. That was pretty shocking.”

This is the same year that Morgan scored the famous game-winning goal in the 123rd minute of a gripping, controversial Olympic semifinal. The U.S. won that, 4-3 in extra time, and went on to win a third straight gold medal.

Blatter recently called himself “the Godfather” of women’s soccer, but something doesn’t quite add up with that proclamation.