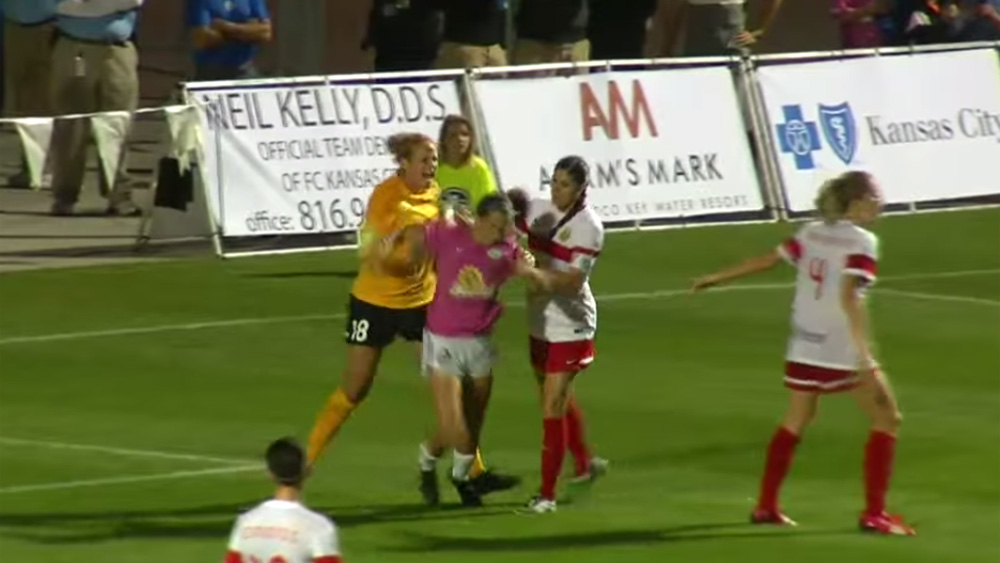 Jones only received a yellow card on the play. The disciplinary committee suspended the goalkeeper for “unsporting conduct detrimental to the league.” (Watch the incident here.) Jones had entered the match in the 15th minute for injured rookie goalkeeper Sabrina D’Angelo.

With D’Angelo out two to four weeks due to a Grade 1 right acromioclavicular (AC) joint separation in her shoulder, and Jones suspended, the Flash are without both of their goalkeepers for Saturday’s match against the Washington Spirit.

Groom avoided a second yellow card on the play that saw Jones earn one. Groom slid in cleats-first on Jones as she collected the ball. The scoreless draw was an ugly, physical match that featured 21 fouls and eight yellow cards.