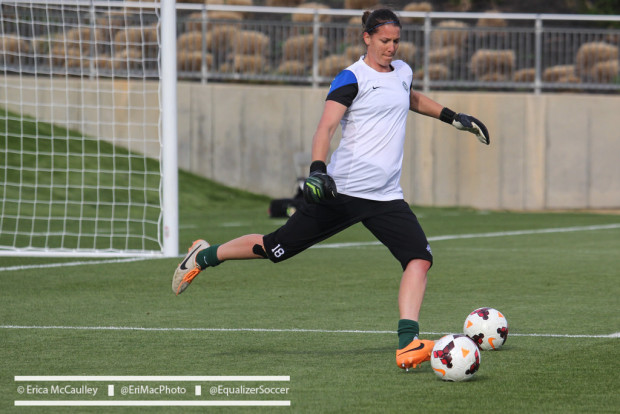 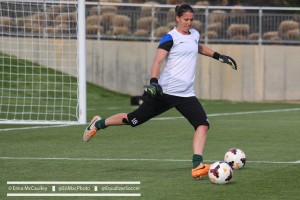 FC Kansas City host another Thursday match as they look to sweep a home-and-home from the Flash and win their fourth in a row.  That and three other matches on tap for NWSL Week 6.

Points of Interest: They played six days ago and the Flash won the territorial battle but the Blues won the match, 1-0 on a Liz Bogus goal. The Flash outshot Kansas City 19-7 but too many of their shots were from outside, making it easy for Nicole Barnhart to post her third consecutive clean sheet. Kansas City has won three in a row while scoring only four goals so an early one from the Flash will turn up the pressure.

Points of Interest: The Red Stars opened the season playing four consecutive matches in Chicago and used the home cooking to propel them to the top of the table. Their first away match is in Houston against a Dash side hit hard by World Cup call-ups. They should have Toni Pressley available after being acquired from the Flash during the week, and Brittany Bock is expected to see her first action in midfield since opening day 2013. If the Dash have an edge it will be running Kealia Ohai, Melissa Henderson, and Tiffany McCarty at inexperienced keeper Michele Dalton, but they’ll have to get the ball high to make that a factor.

Points of Interest: Boston has not been kind to the Thorns so far. Alex Morgan hurt her knee there in 2013, and last year the Breakers rested several starters and routed the Thorns 4-1 behind a Jazmine Reeves hat trick. This time they come in undefeated including a 4-1 demolition of the Breakers on opening night. The Thorns are down to an amateur as their striker but are getting superb midfield play from Mana Shim and Allie Long. Meanwhile the Breakers will need a stronger effort from their outside backs to keep Portland’s midfield uncomfortable.

Points of Interest: The Spirit rolled Sky Blue at Yurcak last month to break their hex against the New Jersey side and tactically, Sky Blue will need to adjust to flip the script here. Washington’s high pressure has already created numerous goals this season and Sky Blue’s weakest area is the connection from the back line to the attacking midfield area. They will need to be quicker, more confident, and more efficient on the ball to secure their first win since the season opener.