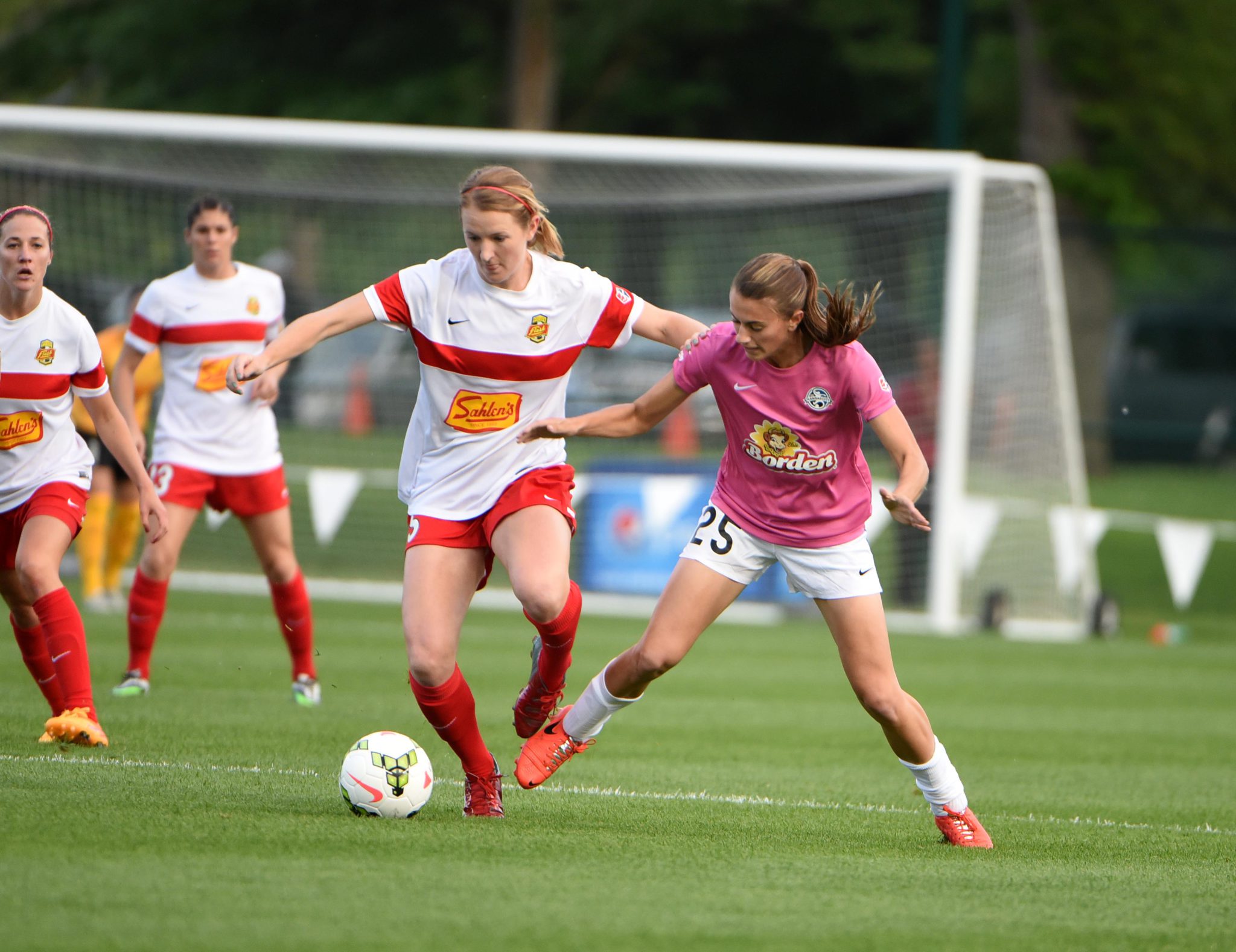 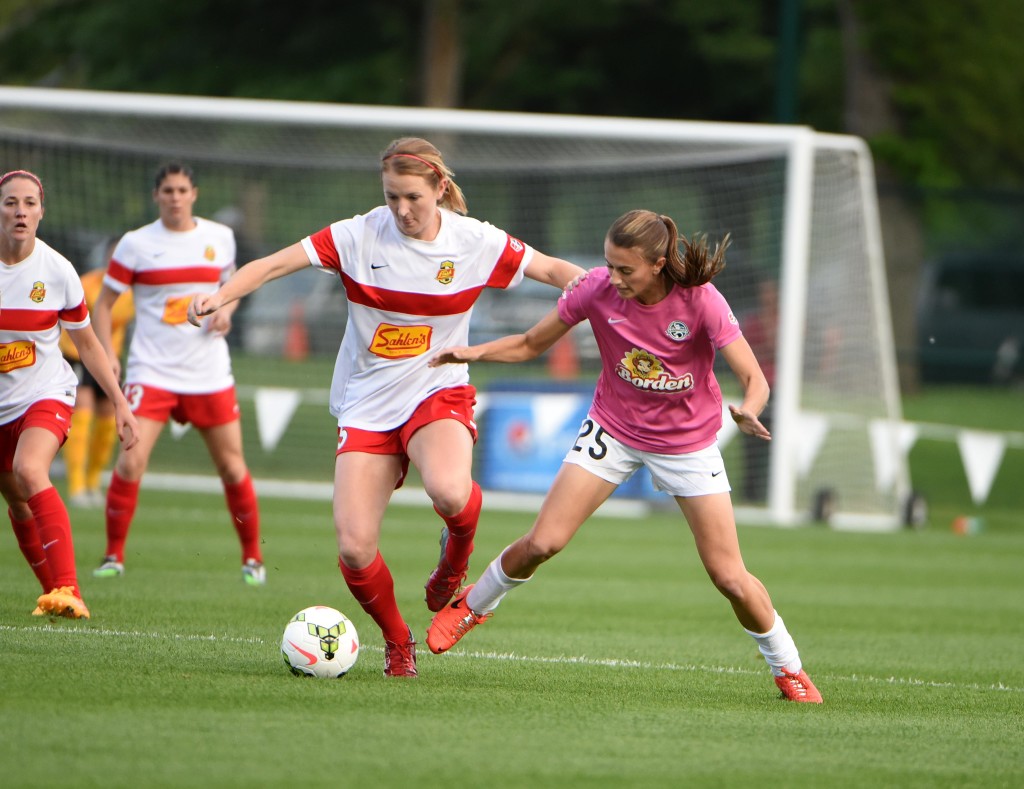 There were no goals to be had on Thursday in Kansas City, but there were plenty of fouls.

Defending NWSL champions FC Kansas City played the Western New York Flash to a 0-0 draw in their second meeting in a week. This one featured 21 fouls and eight yellow cards between the two teams.

The 81st minute was the source of controversy. Already on a yellow card for dissent in the 57th minute, FC Kansas City rookie forward Shea Groom went in late on Flash goalkeeper Chantel Jones, who had just corralled a through ball. The studs-up challenge from Groom went unpunished by referee Danielle Chesky, but Jones took exception to it, rising to her feet and swinging her right arm into Groom’s back.

Groom dropped to the ground and needed a visit from the trainers; she appeared OK soon after and returned to the match. She did not receive another yellow card for the tackle. Jones was given a yellow card for striking Groom, although it likely should have been a red card. Professional Referee Organization (PRO) tells The Equalizer that there was a foul called on Groom and that Jones’ yellow card was for unsporting behavior.

Possibly influencing Chesky’s decision not to send off Jones was the Flash’s suddenly dire goalkeeper situation. Starter Sabrina D’Angelo left the match in the 15th minute due to injury after colliding with Kansas City midfielder Liz Bogus. D’Angelo appeared to have an upper body injury. Had Jones been sent off, the Flash would have had to put a field player in the goal for the final minutes of the match. Western New York had a sub remaining, but the Flash, like every other NWSL team, don’t carry a third goalkeeper on the 20-player active roster.

Groom had the best chance of the night for FC Kansas City two minutes before the controversy. Mandy Laddish slipped in a ball behind to Groom, whose shot from 18 yards was deflected just wide of the far post.

Goalkeeping was a talking point for FC Kansas City, too. Rookie Katelyn Rowland played her first professional minutes, starting in net in place of Nicole Barnhart, who took a knock last week but was not listed on this week’s injury report.

Rowland made the save of the match in the 55th minute, when she got a hand up to deny Lynn Williams 1-v-1 after Williams was the first to get to a through ball from Jamia Fields.

Williams was shown a yellow card in the 85th minute for a late challenge on Rowland, two minutes after the Jones-Groom incident.

The two teams combined for 21 fouls and six yellow cards in a chippy match.