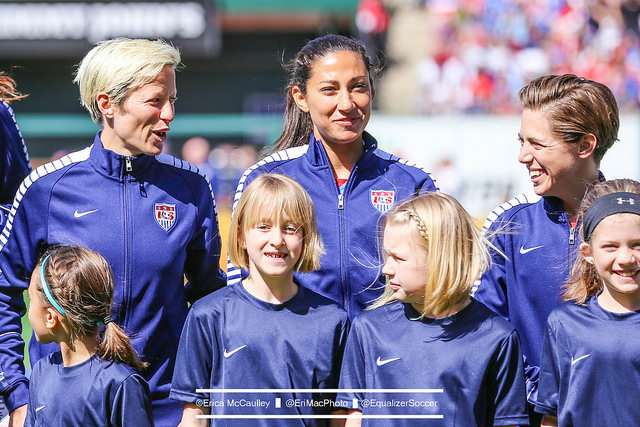 Part of that deal is integrating U.S. players into Coppertone’s marketing, a move perfectly timed ahead of the Women’s World Cup. United States and Chicago Red Stars forward Christen Press is the first player to get the star (sun?) treatment from the deal: