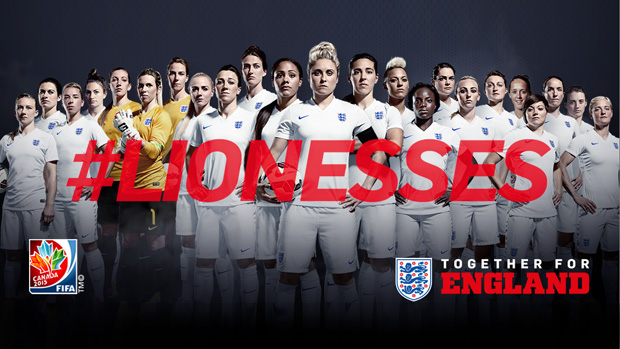 England coach Mark Sampson named his 23-player World Cup squad on Monday, deciding to bring eight debutantes to Canada next month. As a sign of England’s balance, eight players will also be appearing in their third World Cup.

[MORE: Sampson says England can compete with any team]

Siobhan Chamberlain, Alex Scott, Casey Stoney, Jill Scott, Fara Williams, Eniola Aluko, Karen Carney and Katie Chapman are all preparing for their third appearance at a World Cup. Chapman and Claire Rafferty are the two players on the team who did not feature in qualifying for world No. 6 England.

“We’re ranked sixth in the world, we are a good team and we’ve got some exceptional players,” Sampson said. “We’ve got a very compact, resolute unit and we’ve got a real togetherness in the group so we’ll certainly be a difficult opponent for anyone in Canada.

“The ambition is to go to Canada and win the competition but we’ve got to treat every game like a final.”

England will play France, Mexico and Colombia in Group F at the World Cup.

After slow start, US tops Ireland on Wambach brace
Is Wambach’s nose broken? ‘It doesn’t matter’