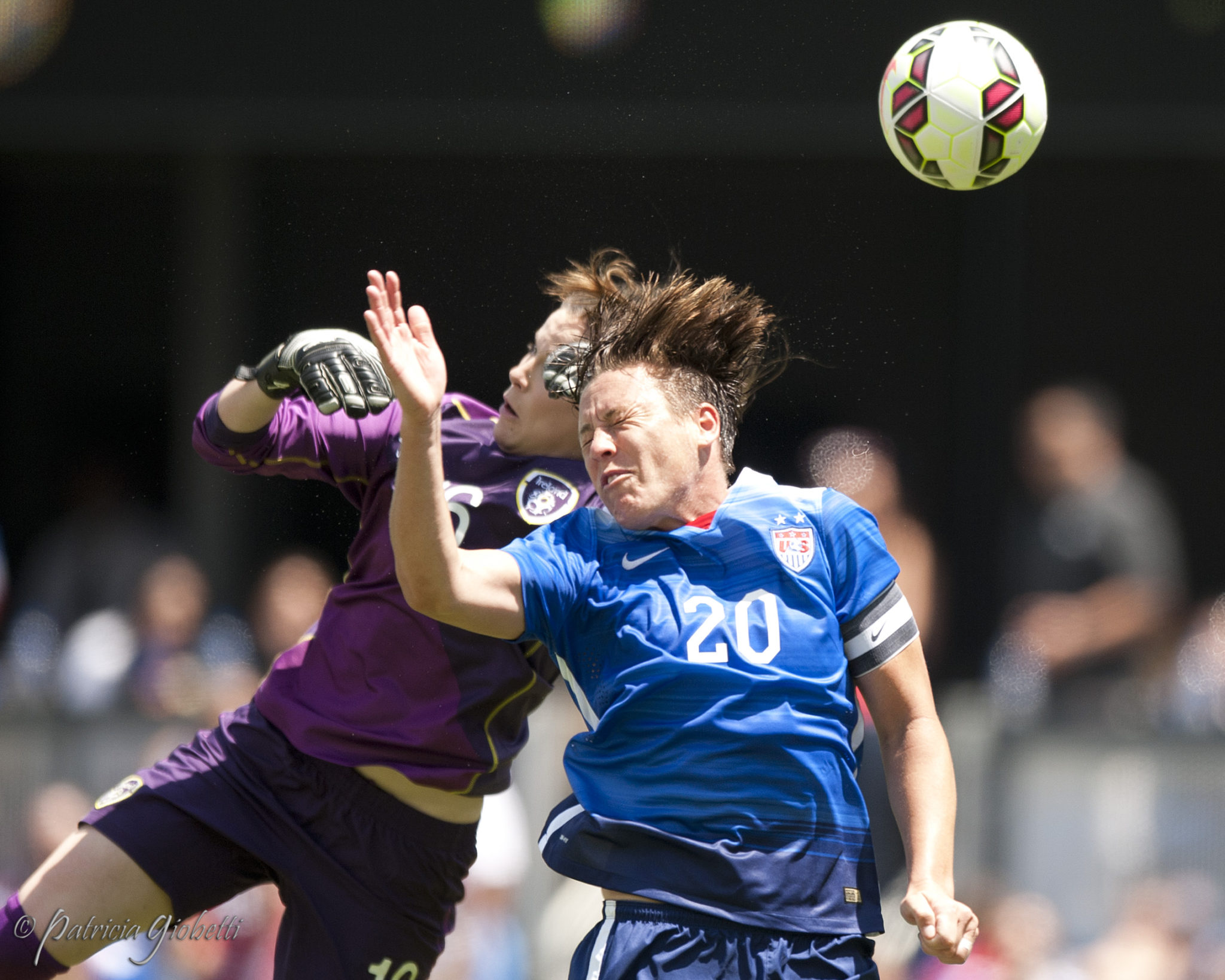 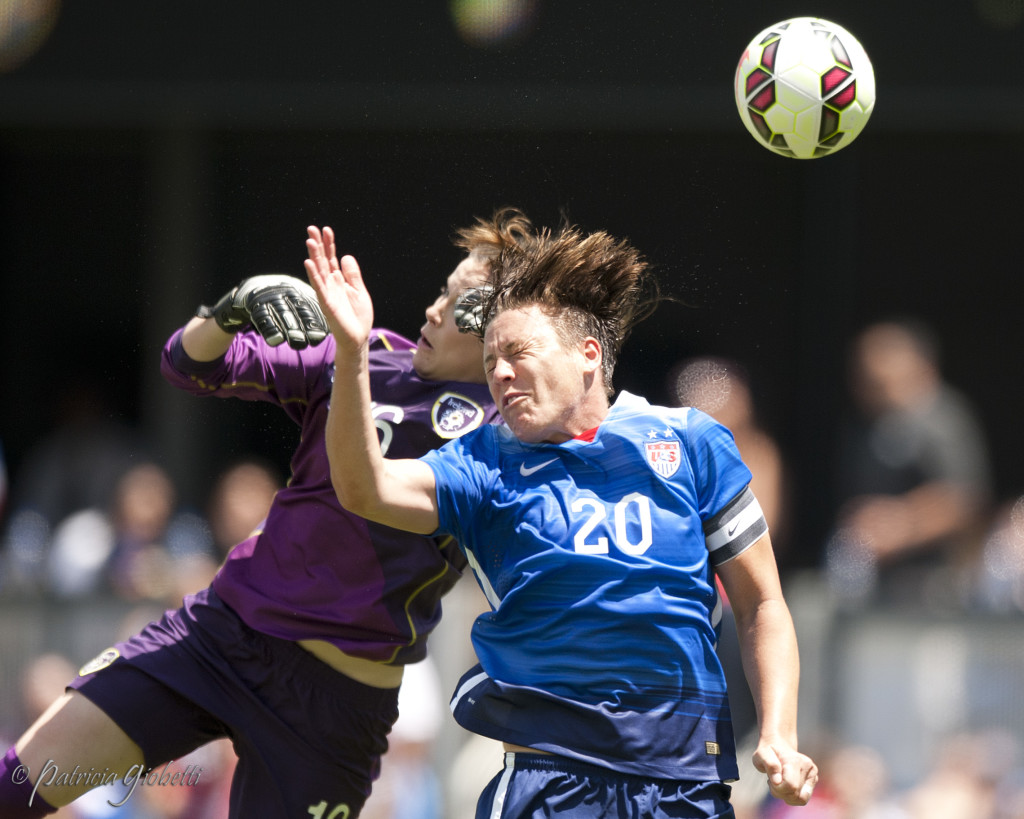 Abby Wambach suffered a bloody nose on Sunday against Ireland, but she isn’t interested in whether or not it is broken. (Photo Copyright Patricia Giobetti for The Equalizer)

Abby Wambach went down hard in the 63rd minute of Sunday’s 3-0 win over Ireland after taking a forearm to the face while challenging Ireland goalkeeper Niamh Reid-Burke. Wambach’s nose was bloodied to the point that it could mean something beyond Sunday’s match.

“It is what it is,” Wambach said, via the Associated Press. “At this stage, going into the World Cup, you can either get X-rays and scans and whatnot. But if you’re not going to do anything about it, what’s the point, in my opinion. So it doesn’t matter if it’s broken or not. I’m pushing forward.”

Wambach’s mother, Judy, was in the stadium as part of U.S. Soccer’s Mother’s Day celebrations. Judy got the thumbs up from her daughter, a sign that everything was fine.

“After the Brazil game many, many years ago when she broke her leg, we had a sign either thumbs up or OK so that if I’m watching on television or on the field, I know she’s OK,” Judy Wambach said.

Still, it’s safe to say the U.S. medical staff will want to have a look at Wambach’s nose.

Wambach got off to a slow start on Sunday, missing a trio of headers in the opening half-hour before scoring twice in three minutes just before halftime. Wambach’s sharpness will be a crucial point of interest for the United States. The world’s all-time leading goal-scorer decided to sit out the NWSL season in order to focus on the World Cup. She is living in Portland, Ore., and training with Seattle Reign FC — where her rights were traded in March — and U.S. and Seattle teammate Hope Solo says Wambach looks sharp.

“She’s been training in Seattle trying to get her timing back with her heading and it just hasn’t quite been there, and then all of the sudden one week it just clicked,” Solo said. “She got her footwork down, she got the snap back and she got the power back in her heading,” Solo said. “That was a prime example on that header goal of her footwork and what she’s been doing to really get herself back.”

As for Morgan, Ellis and U.S. Soccer insist that the forward’s bone bruise in her left knee is not serious and that she will be ready for the World Cup. Morgan missed Sunday’s game and she will also sit out Sunday’s game against Mexico.