England’s Sampson: ‘On our day we can beat anyone’ 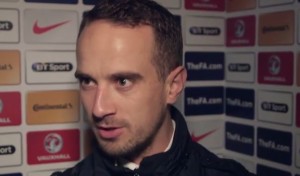 England boss Mark Sampson is confident in his players.

One month from the start of the World Cup, England coach Mark Sampson says his team can play with anyone.

“We feel we are a team that are difficult to play against and on our day we can beat anyone,” Sampson told Sky Sports News.

England is ranked No. 6 in the world — its highest ranking ever — but recently lost to the United States in February at home and was blown out at Wembley against Germany in November. England did win the Cyprus Cup in March, beating Canada in the final.

Still, Sampson is confident in his side, even if he hasn’t yet made the final decisions. England’s 23-player roster will be announced next week.