Dunn to train with U.S.; Heath has hamstring injury 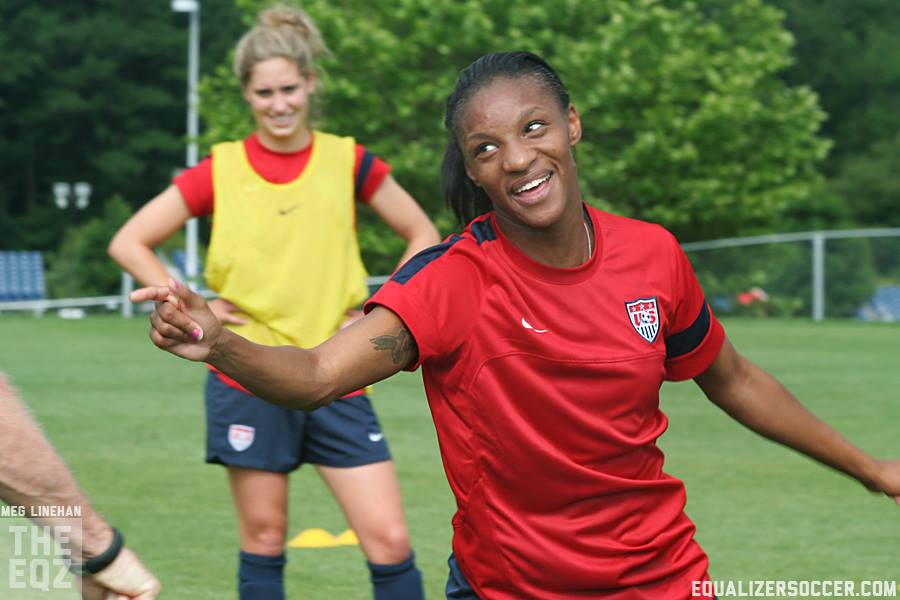 Cyrstal Dunn will train with the U.S. women’s national team as Tobin Heath deals with a hamstring injury. (Photo copyright Meg Linehan for The Equalizer.)

Crystal Dunn will train with the United States women’s national team for the next two weeks as midfielder Tobin Heath deals with a right hamstring injury sustained in training last week.

Heath, who was named to the United States’ 23-player World Cup roster, is expected to miss the May 10 game against Ireland and the May 17 game against Mexico, according to U.S. Soccer.

Dunn will be available for the Washington Spirit’s May 9 match against Portland and May 16 match against Sky Blue FC, flying out to re-join her club team after training with the United States. She was one of the last two players cut from the World Cup roster, a decision that U.S. coach Jill Ellis said was based on preference. Dunn has since scored three goals for Washington in the NWSL, where she told The Equalizer she plans to find herself and grow professionally this year.

Dunn’s versatility likely makes her the first alternate for any potential injury to a U.S. player.

“It’s challenging but I think it’s also what separates me from a lot of people,” Dunn said about playing different positions. “I can get thrown pretty much everywhere and I feel pretty confident going in. I think that’s a great quality to have but I do feel like sometimes I fall into the expression, ‘jack of all trades but master of none.’ I’m still finding myself as a player. I think down the road, I’m definitely going to figure it out.”