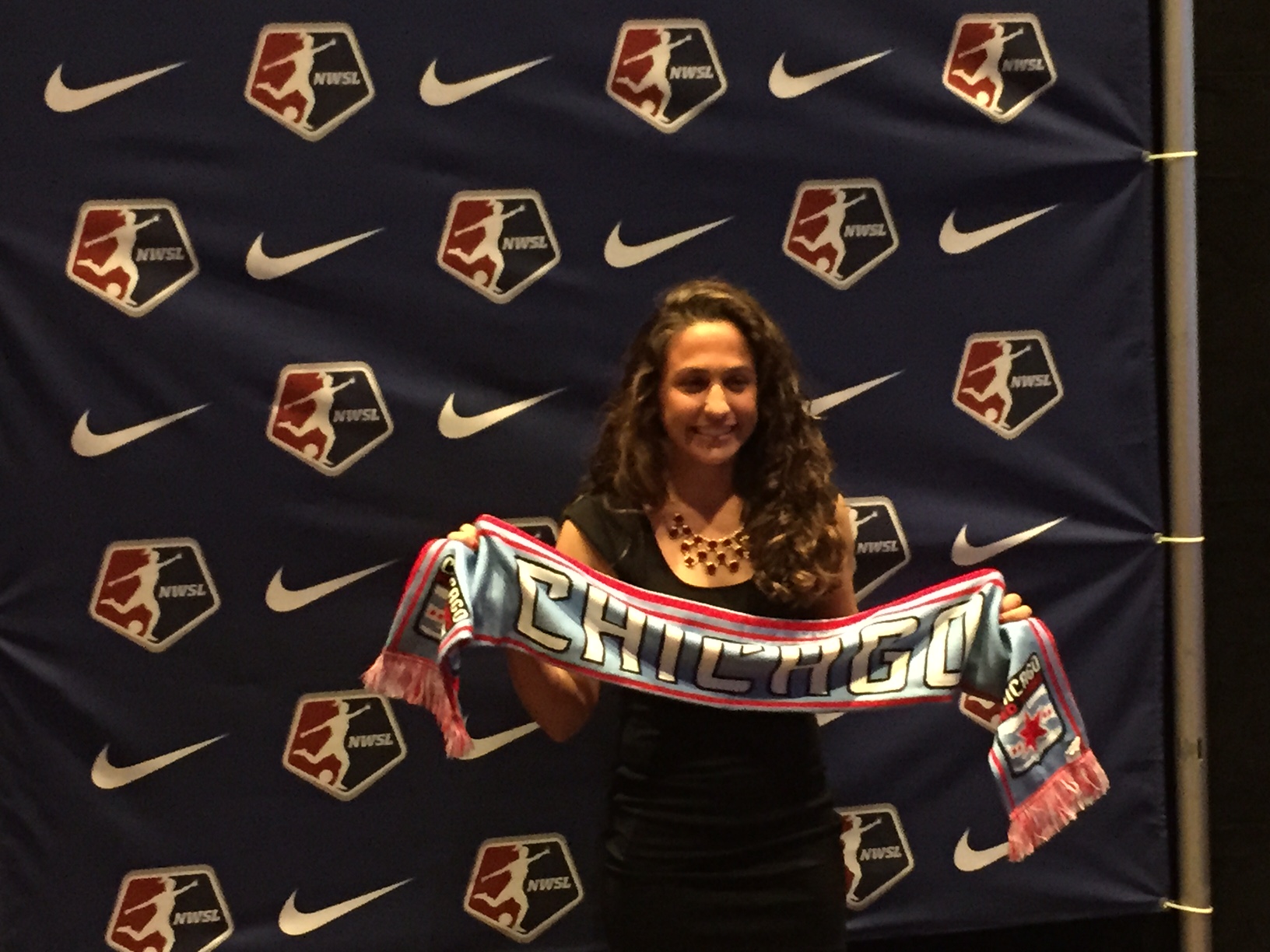 Danielle Colaprico’s first career professional goal stood up as the game-winner for the Chicago Red Stars in a 1-0 win over Sky Blue FC on Saturday at Benedictine University in Lisle, Ill.

Colaprico scored the winner in the 54th minute off a Red Stars corner. Vanessa DiBernardo’s out-swinging corner kick found Shannon Boxx at the back post, where Box knocked down the ball back toward goal. Colaprico’s initial shot was unintentionally blocked by her own teammate, Julie Johnston, but Colaprico’s follow-up was a left-footed laser that found the upper corner for the game’s only goal.

Sky Blue FC’s best chance of the match came in the 86th minute, when Shawna Gordon’s diving header looked goal-bound. But Karina LeBlanc dove low to her right to make the save on the only real occasion that she was called into significant action.

Christen Press was active throughout the first half, creating four dangerous chances in a 12-minute span midway through the half. Press, who earlier this week was named NWSL Player of the Month for the month of April, tested Brittany Cameron from distance but could not score her fifth goal of the season in the Red Stars’ third game. Press and Lori Chalupny actively combined down the Red Stars’ left side in their final match before departing for the United States national team’s pre-World Cup training camp.

The victory sends the Red Stars atop the NWSL as co-leaders with Portland Thorns FC on 7 points. The two teams tied 2-2 in Chicago last week.