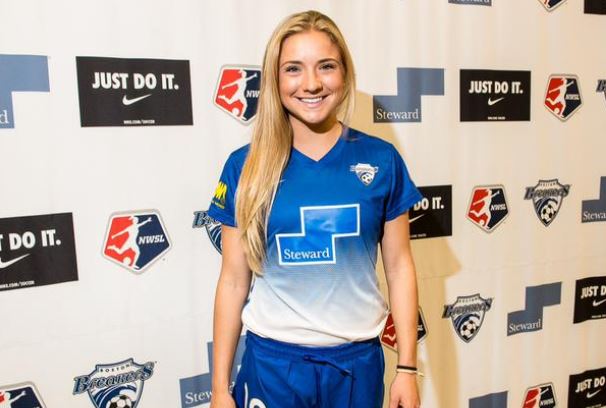 The final group of U.S. World Cup players will say good bye to NWSL this weekend while a league first takes place at Sahlen’s Stadium where the Flash will host their home opener.

Points of Interest:  Sky Blue drew the short straw having to go on the road to face a fully loaded Red Stars squad and doing so without the services of World Cup players Kelley O’Hara and Christie Rampone.  More pressing are their results which have gone from win to draw to loss with their overall performance dipping as well.  Sky Blue has committed too many turnovers in their own half, something the Red Stars are quite adept at capitalizing on.

Points of Interest:  The last match before the World Cup where both teams will have their U.S. players is also the first match in NWSL matching sisters against each other.  The Mewis’s—Kristie of the Breakers and Sam of the Flash—have had fun at each other’s expense leading into what will be the Flash’s home opener and thus Sam’s first home game as a pro.  Both sides have issues in back so the floodgates could open in this one. The Flash though, are hoping the extra training gained without a match last weekend will help them show marked improvement.

Points of Interest:  FC Kansas City have been one of the most consistent sides in the league in terms of personnel, but now they will start a multiple month stretch without Becky Sauerbrunn, Lauren Holiday, Heather O’Reilly, and Amy Rodriguez.  The Dash are also in a World Cup hole without Carli Lloyd and Morgan Brian, but their Canadian defenders–Allysha Chapman and Lauren Sesselmann—are in for this weekend.  Goalkeeper Erin McLeod has a sprained ankle and will not dress.  Neither will Brittany Bock who continues recovery from a torn ACL.

Points of Interest:  The Spirit have looked great winning their last two while the Reign have looked shaky dropping their last two—a figure that matches their entire 2014 regular season loss total.  Last time the Spirit were at Memorial Stadium they gave the Reign everything they could handle in the NWSL semifinal before succumbing on a late giveaway and goal that ended their season in heartbreaking fashion.  Laura Del Rio is out through injury.