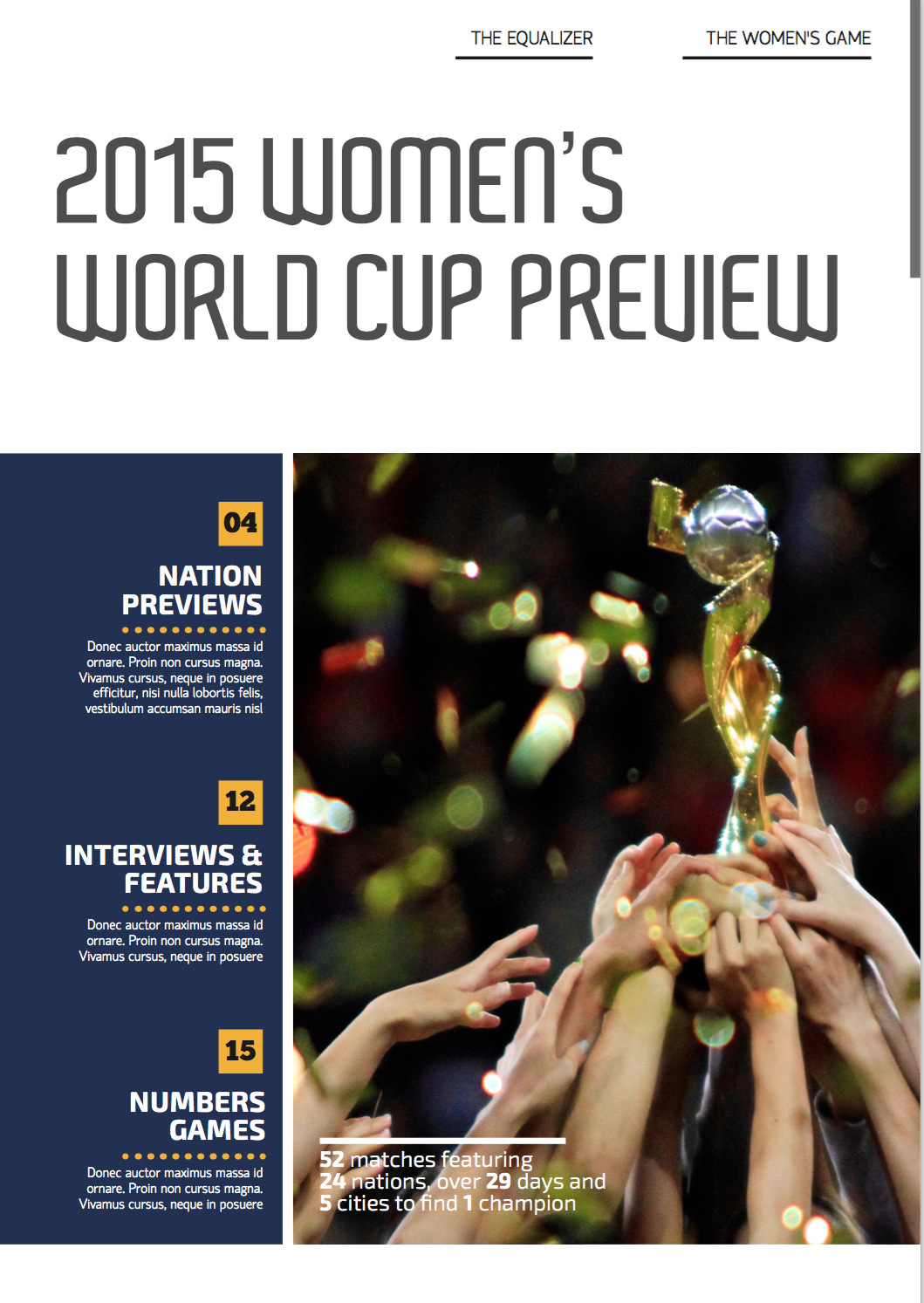 NEW YORK / SYDNEY,  30 April 2015 – Two respected voices in women’s football, The Equalizer and The Women’s Game, collaborated to publish the most comprehensive guide to the 2015 FIFA Women’s World Cup held in Canada.

The 2015 Women’s World Cup Preview Guide will be published (electronically as a PDF) on 13 May 2015 (U.S. time) and available via both The Equalizer and The Women’s Game websites. **Click here to pre-order the Guide**

Running 200-plus pages, the Guide features previews of all 24 nations, player and coach interviews, World Cup statistics and much more.

The Preview Guide has been written and compiled by the talented team of writers from both sites, as well guest writers from well-known sources for women’s football news.

The publication is also beautifully presented thanks to the support of some of the best photographers in the women’s game.

“The Women’s World Cup is the highest stage of this sport and it deserves the treatment of a major world sporting event,” said Jeff Kassouf, founder and managing editor of The Equalizer and producer for NBC Sports. “This in-depth guide to the World Cup gives the tournament the respect and attention that it deserves, which has been the basis of our everyday coverage for the past six years.”

“Our organisations believe strongly that the increased quality of the on-field product should be reflected in increased off-field coverage,” said Ann Odong, The Women’s Game founder and Editor-in-Chief.

“This has been a six-month venture involving writers and photographers from North America, Europe, Africa and Australasia. We would like to take this opportunity to thank them for their contribution.” 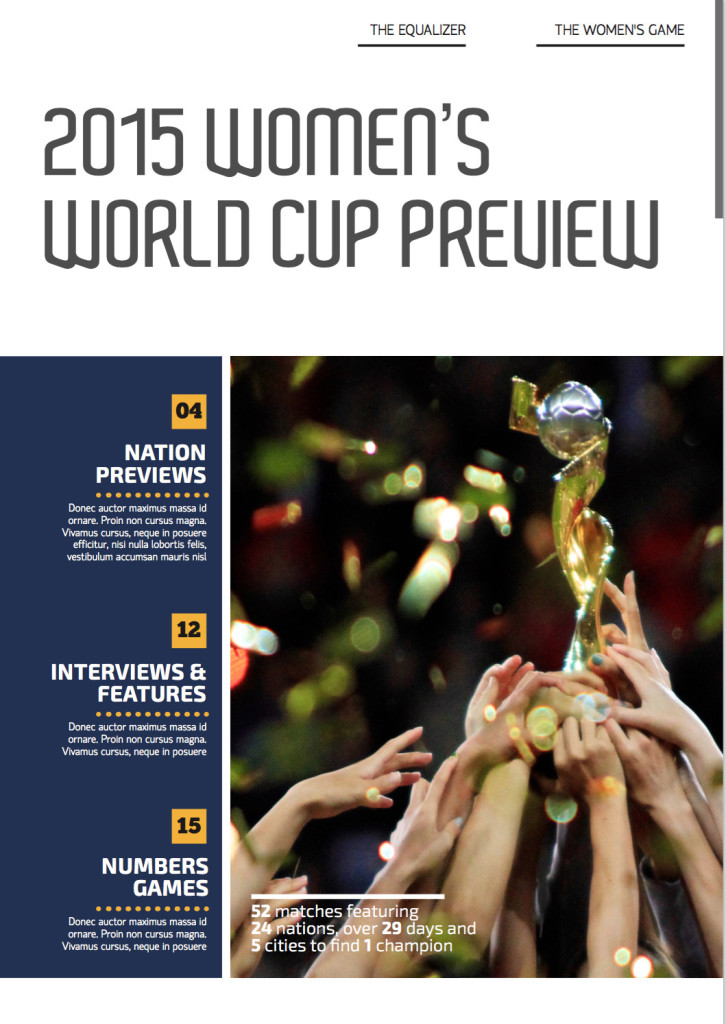 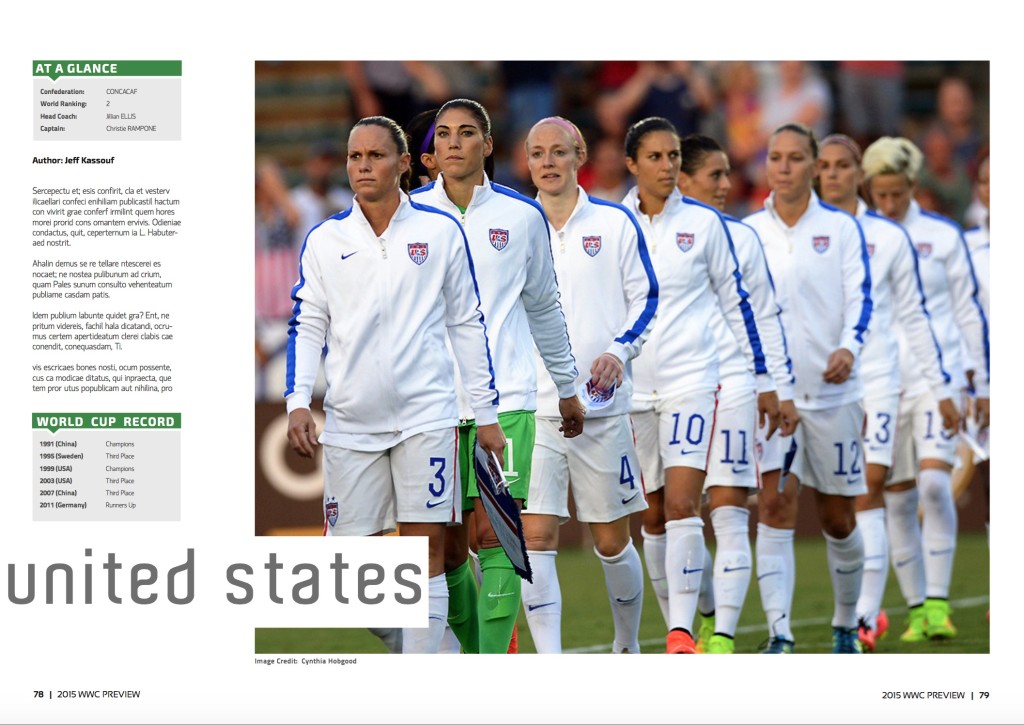