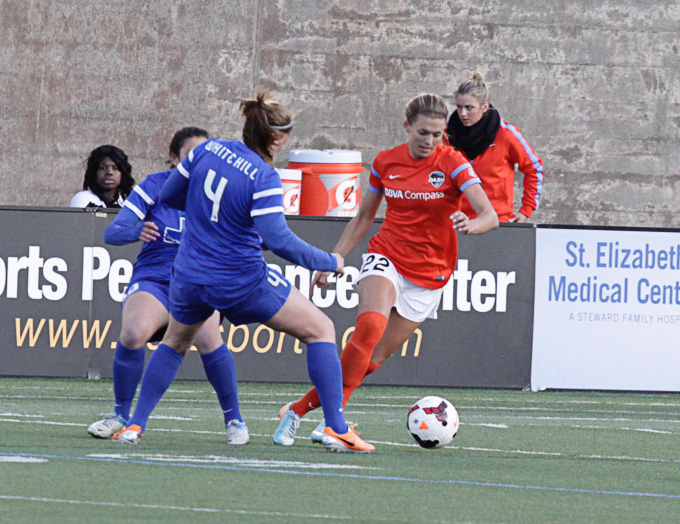 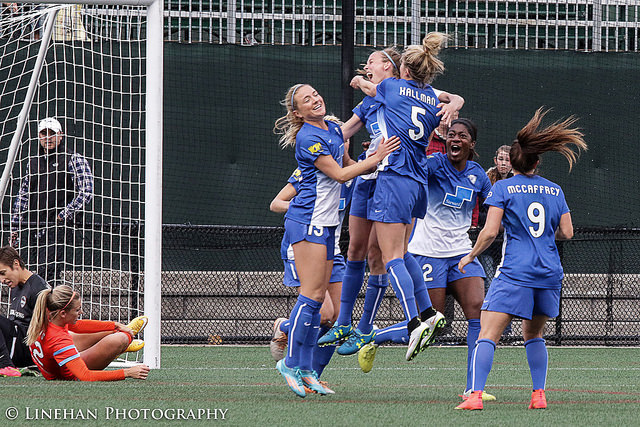 Stephanie Ochs (far left) was injured on Sunday and will miss the rest of the season with what was revealed to be a torn ACL in her right knee. (Photo Copyright Clark Linehan for The Equalizer)

Stephanie Ochs will miss a National Women’s Soccer League match for the first time in her career. An MRI on Tuesday revealed that the Houston Dash defender has a torn ACL in her right knee. She will miss the rest of the season due to the injury.

Sad to find out yesterday I've torn my ACL. Breaks my heart to have to take some time away from the game to recover but I refuse to give up.

Ochs has played in ever NWSL match since the launch of the league in 2013. She went down early in Sunday’s loss to the Breakers with what was initially called a right knee contusion.

Ochs’ injury is a major blow to a Dash team that had come to rely on her in multiple positions.