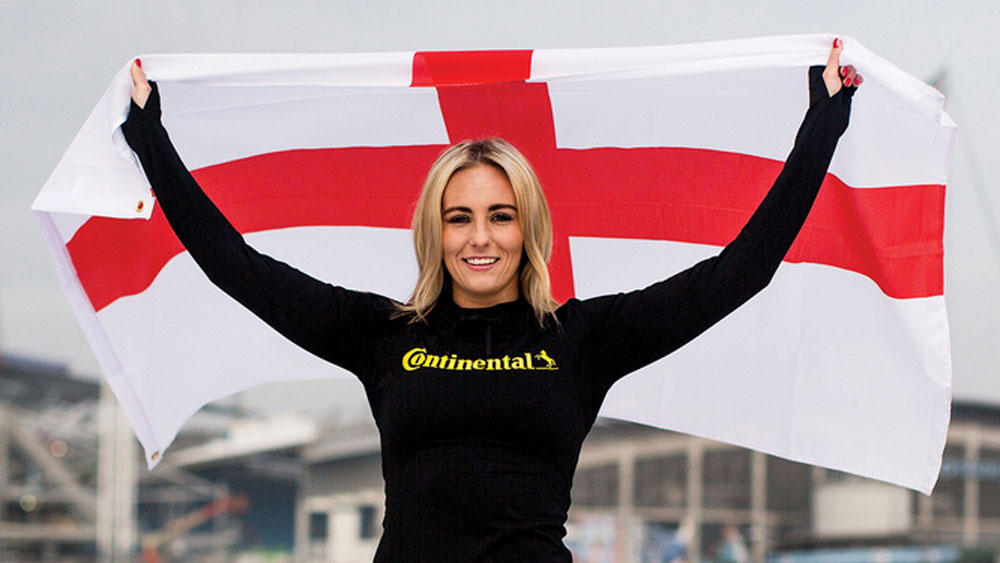 Toni Duggan sees the World Cup as an opportunity to change the perception of women’s football in England. She’s seen how winning the World Cup changed the game in other countries and now she wants the same for England.

“To win that gold medal would change the perception of women’s football forever,” Duggan said. “It has done in Germany, it has done in the USA and it definitely will in England, because it’s at that point where it just needs a little bit of success to tip it over the edge.”

Duggan says she faced prejudice and stereotyping from a young age growing up in Liverpool.

“When I was a little girl, people’s dads would be shouting and would be upset if I took on their son,” she said. “As I got older the opponents did respect me but, when they turned up on a Saturday morning and there’s just one girl playing against a group of lads, it was a shock for them.”

England will face France, Colombia and Mexico in Group F at the World Cup. There will be no time for slow starts, as the Three Lionesses take on world No. 3 France in the opening match, which should decide the winner of the group.

It’s a group where finishing in second place may actually be an easier path to the final than finishing first. Either way, England – who lost to France in a penalty shootout in the quarterfinals of the 2011 World Cup – know that a deep run is needed not just for themselves, but for the sport in the country.

“In the past few years the media backing has been really good,” Duggan said. “Can there be more? Yes, but there can be a bit of improvement with a lot of things. Can we be better as players? Of course and I think the better we play on the pitch the more coverage and publicity we’ll get.

Even at the club level, Duggan strives for change. She signed with Manchester City ahead of the 2014 season, the team’s first in the top flight, because she was convinced by the club’s plan for its women’s team.

“When I signed for Manchester City, their main aim as a football club was to change the perception of women’s football,” she said. “For us being around the Academy, being around the men’s team, if we turn up one day and we don’t look as professional or as good as them, it’s noticeable straight away.

“Every single day we’re challenged, so in a way it makes us become better as people and better as professionals. We’re always fighting against the perception but it’s slowly changing. It will change, I believe that, but we need to keep working hard at it.

Toni Duggan is on the #RoadToCanada, supported by Continental Tyres.

For Breakers, a fresh start in a familiar setting
With full NWSL season ahead, Dunn discovering self