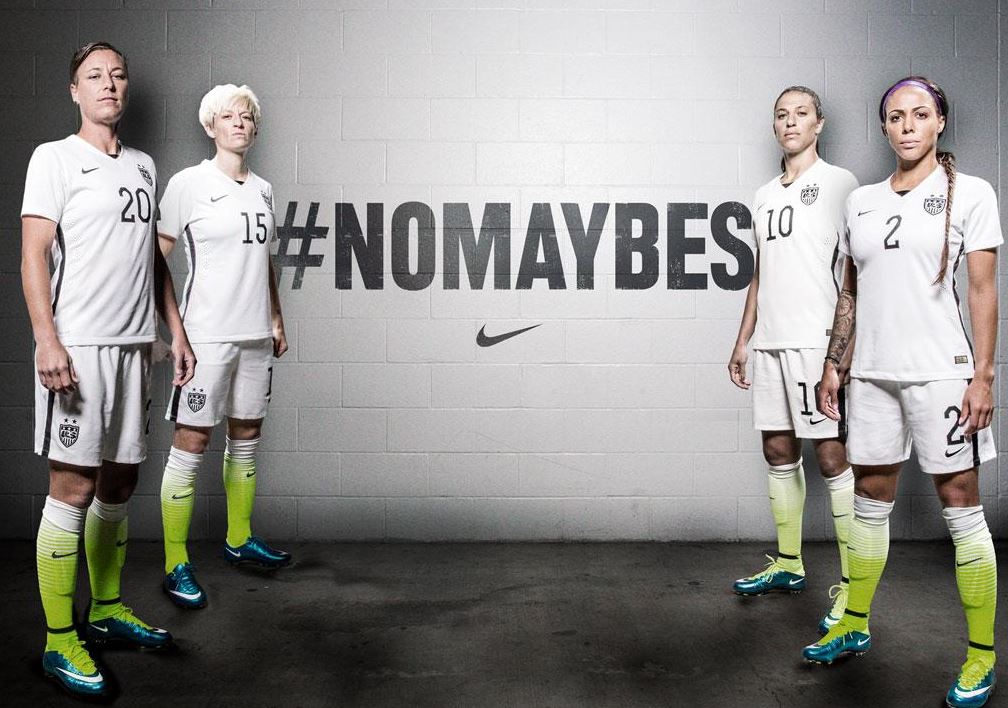 The new leaked United States women’s national team kits are now official, and if you think the USA is all about red, white and blue…well, you’re wrong.

Teams that never let up once, never have to think twice. #NoMaybes pic.twitter.com/dHSQnv5oZJ

“It’s the first time as well that (the uniform) is fully integrated, so going from the boot right into the sock, then it fades from the volt into the white kit,” said Martin Lotti, global creative director for Nike Soccer. “It’s a true head-to-toe look.”

The uniforms are made of 100 percent recycled polyester, according to Nike, with an average of 18 plastic bottles used on each one.

And even the off-field looks for the U.S. will carry those three colors as well:

Additional off the field looks for #USWNT pic.twitter.com/hco9bPeVcI

This kit will be in addition to the one that is actually red, white and blue.

The white, black and neon green kits are centered around the marketing campaign #NoMaybes, which all combined apparently means the task is black and white (which we already knew): win the World Cup or fail.