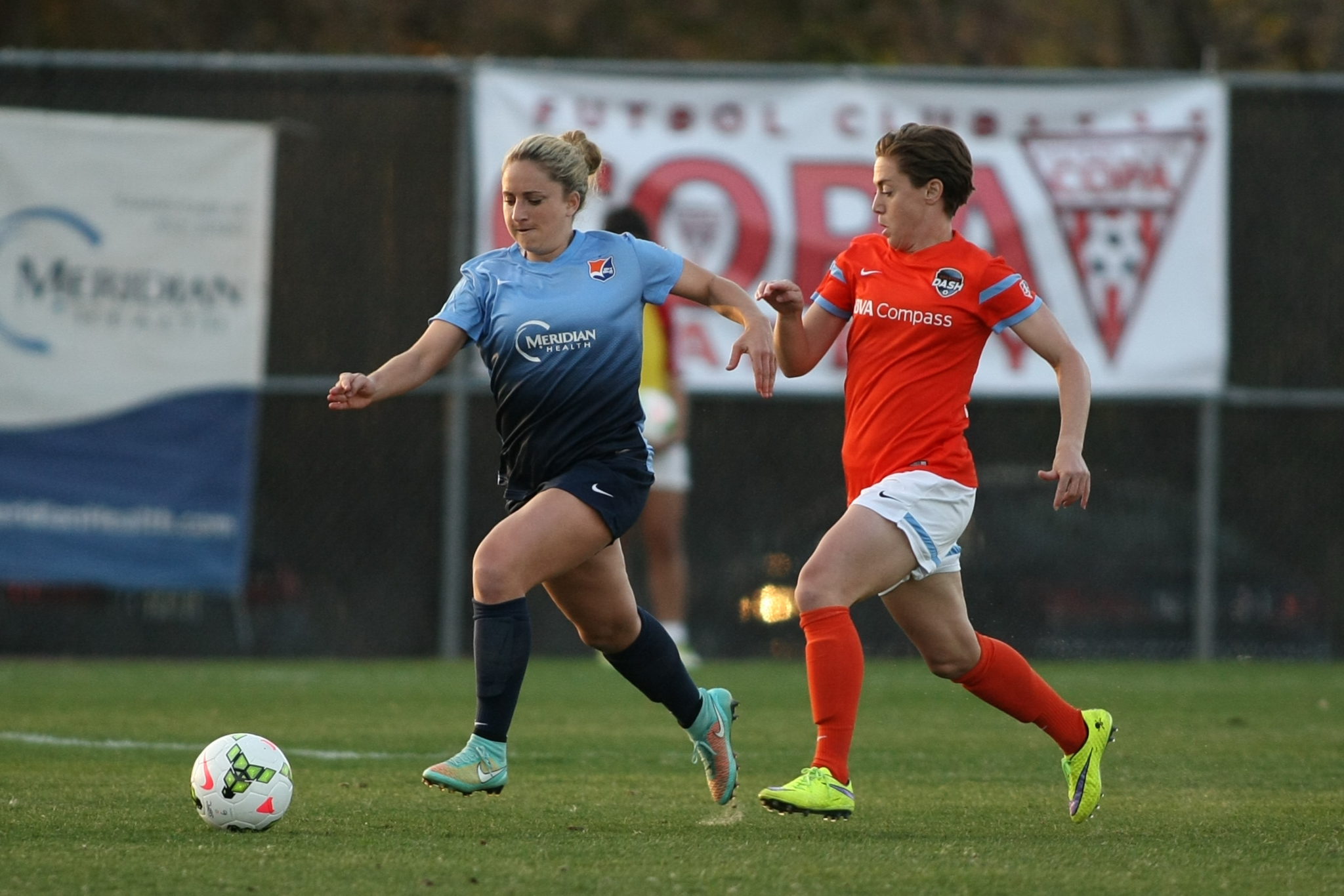 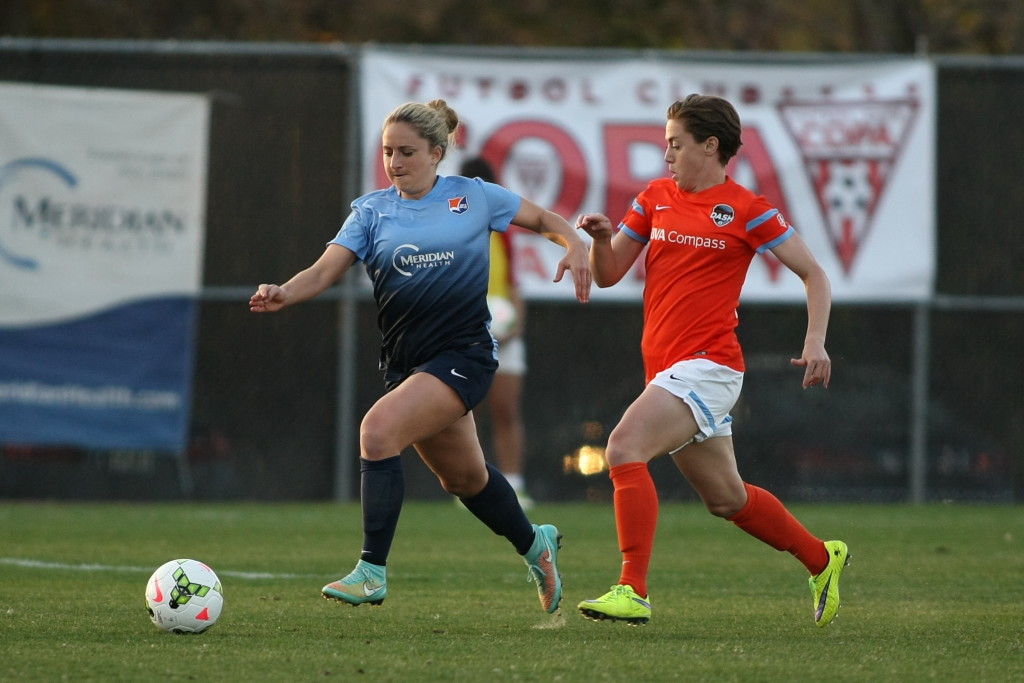 Expectations in Houston have risen to the point that they were disappointed not to take three points home from New Jersey. (Photo by Robyn McNeil, Courtesy of Sky Blue FC)

PISCATAWAY, N.J. — What a difference a year makes.

When the NWSL schedule came out, who that follows the Houston Dash would not have taken a shutout win at home and a come-from-behind draw on the road to open the club’s second season? But standing in the cool night are at Yurcak Field on Saturday, coach Randy Waldrum could not help but be a little disappointed with the 1-1 draw against Sky Blue FC.

“Mixed feelings because I thought we were unlucky not to get three points, especially the way we were on them at the end with so many set pieces and opportunities.”

The first half was mostly even, with Sky Blue maintaining excellent defensive shape and eliminating most attacking options before they advanced past midfield.  And the Dash defense got stretched out once, when Nadia Nadim put Kelley O’Hara through on the left side, drawing enough attention to the two Sky Blue stars that Katy Freels slipped unmarked into the box to make an easy finish of O’Hara’s cross.  The Dash equalized early in the second when Morgan Brian’s cross floated over keeper Brittany Cameron to Jess McDonald who finished on the back post.  At that point, Nadim had gone off with a groin issue and the Dash carried most of the play for the final half hour plus.

“Compared to last year,” Waldrum said, “we wouldn’t have walked away with getting any points after going down.  So definitely a big improvement over this time last year.”

Stephanie Ochs concurred: “We’ve put together a lot of good things. It’s good we got a point on the road.  Last year I don’t think we would have gotten that.”

In two seasons, Ochs has the dubious distinction of playing on the last-place team both times (current Dash teammate Tiffany McCarty, plus Kika Toulouse — who is out of the league — share this distinction), says the vibe around the team has been different since they got together for training camp in March.

“It felt a lot better,” Ochs said.  “We knew coming in that we were going to have a lot of different personalities, but we’ve really meshed well together.  It’s hard to take people from all different walks of life, put them together and hope they do something great.  I think we’re starting to do that and learning each other very well and learning how to work well together.”

Ochs played the second half against Sky Blue, entering for center back Lauren Sesselmann who was on a minutes restriction as she returns from ACL surgery.  It is Ochs’ third position with the Dash, having been converted on the fly last season from forward to left back.

“It’s a new way to see the field and I really like it,” said Ochs, who was immediately receptive when Waldrum asked her to hop in less than a week ahead of the season-opener.  “I like being able to look up and have so much in front of me and be able to pick out passes and stuff like that.  I like it.”

Ochs is not the only Dash defender playing outside her comfort zone.  Ella Masar, also a forward by trade, has been taking time at right back.  Meanwhile Sesselmann and fellow Canadian Allysha Chapman are moving in and out of the lineup as time allows until they finally join the club for good after the World Cup.  Left back Meghan Klingenberg, who pushed higher in the attack as part of Waldrum’s halftime adjustments on Saturday, will be gone soon to play for the United States.  The coach has freely tossed around the word “patchwork” to describe his defensive setup, and he will also have to make midfield adjustments to cover for losing Brian and Carli Lloyd.

“Those two guys can boss the midfield pretty well for you,” Waldrum said of his two U.S. mids.

“What we ended up doing is we built the roster in a way that we almost have to have two rosters,” Waldrum said.  The Dash are not alone in that conundrum, but unlike 2014 when they were operating from behind much of the time, the team is off on the right foot in 2015.

“I’m really proud of the way we fought back and got back in the game and I thought we were even much better in the second half,” Waldrum said.