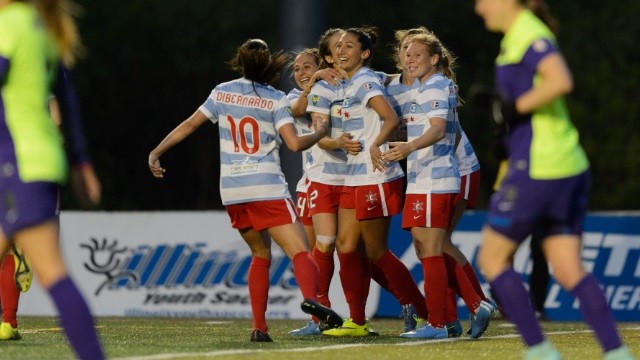 The Windy City continues to be unwelcoming for Seattle Reign FC, despite Seattle’s successes over the past year.

Last season, Seattle went unbeaten through the first 16 games before finally losing away to the Red Stars on July 12, 2014. This season’s streak only lasted one game for the Reign.

Beverly Yanez opened the scoring for Seattle, getting on the end of Megan Rapinoe’s corner kick in the 30th minute, but Press scored the equalizer two minutes later. Almost immediately, Chicago took the lead. Press found Jen Hoy for the tap-in to make it 2-1, but the Reign had their own answer. Kim Little sent in a bouncing cross after a 38th minute corner kick and Kendall Fletcher nodded it in for the equalizer after a frantic stretch of play.

Press had the last laugh, however, blazing past Seattle defender Lauren Barnes in second-half stoppage time and beating Seattle goalkeeper Hope Solo at the near post.