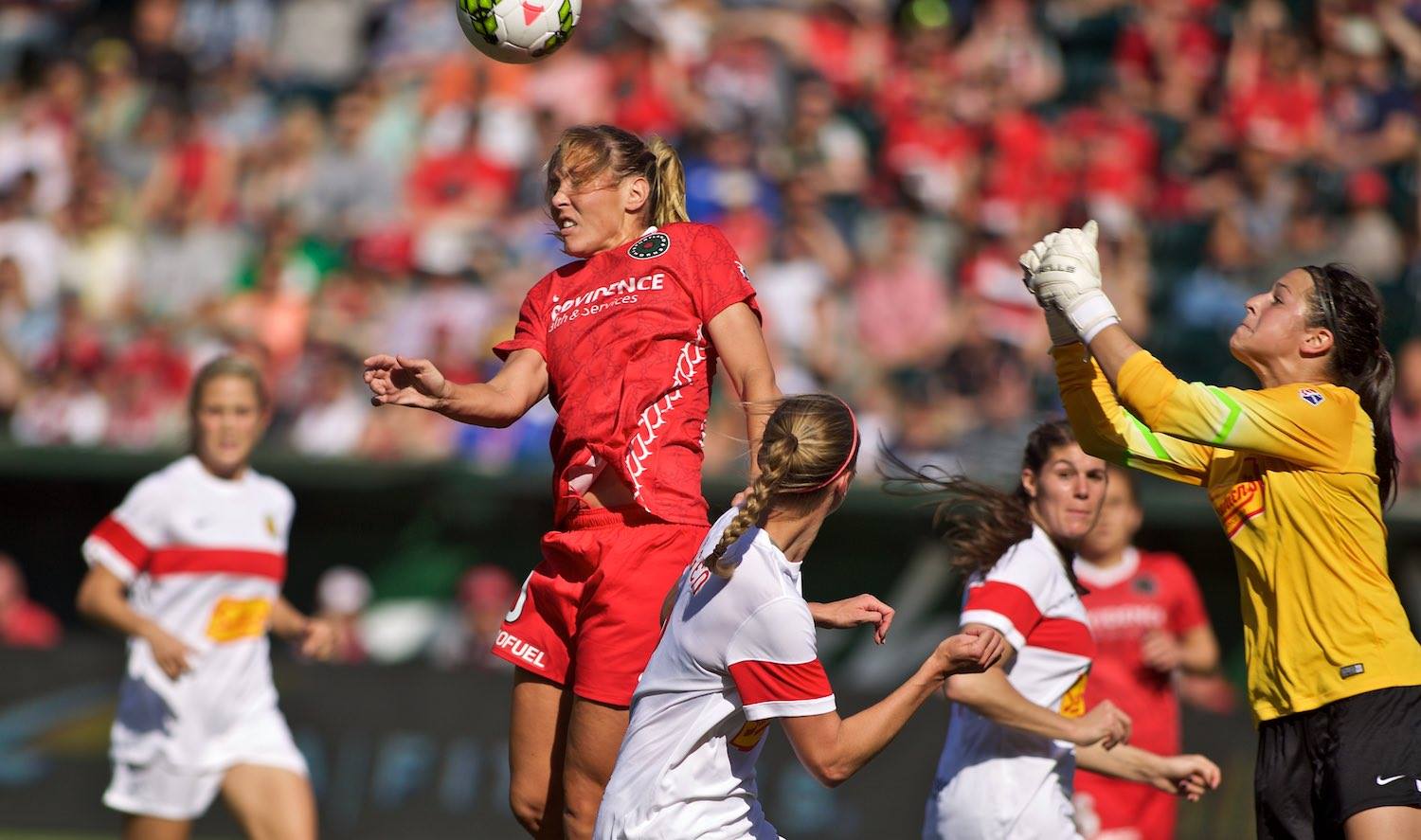 Allie Long’s third goal of the season held up as the game-winner for Portland Thorns FC against the Western New York Flash on Saturday in front of 13,148 fans at Providence Park in Portland.

Long scored in the 22nd minute to lift the Portland to the 1-0 victory. Flash rookie goalkeeper Sabrina D’Angelo came off her line to punch away a cross, but she couldn’t beat Long to the ball. Long’s header looped over D’Angelo and tucked inside the far post.

Long scored twice in the season-opening 4-1 win over the Boston Breakers last week.

Thorns coach Paul Riley said the Flash made it tough for his team.

“Hats off to them, I thought they played really well and made it difficult for us,” he said. “I credit our group, they hung in there and it wasn’t pretty like last week. It was just down and dirty, blue collar and they did that all across the board from numbers 1-14.”

Riley had to juggle formations in the second half, which defender Kat Williamson missed due to a concussion.

Christine Sinclair made her season debut for the Thorns, coming off the bench in the 70th minute. Alex Morgan did not play as she continues to recover from a nagging left knee contusion.