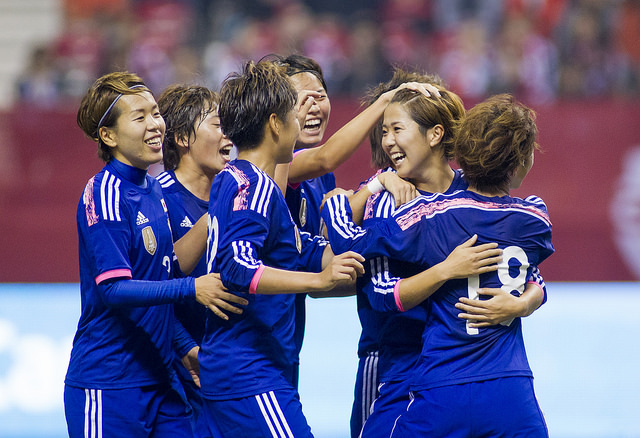 Here’s a scary thought for the rest of the world: Japan is better now than in 2011, when the Nadeshiko won the World Cup.

That is according to Japan’s coach, Norio Sasaki, but there is evidence to back up his claims. Japan won its first Asian Cup last year, a continental triumph that had eluded the Nadeshiko for almost four decades. Add that to a surprise 2011 World Cup victory and a silver medal at the 2012 London Olympics and Japan is one of the teams to beat in 2015.

“The players gained some excellent experience during the 2011 World Cup and the 2012 London Olympics, and I believe that individually they have really developed over the past four years,” Sasaki told FIFA.com. “I think I have a better team now than I did in 2011. But the truth is that many other international teams have also greatly improved the level of their football.”

This year, of course, there is pressure. Japan before 2011 were perennial underachievers, falling out in the group stage of four of the first five World Cups. So 2011 came as a huge surprise, with the initial shock coming in the defeat of hosts Germany in the quarterfinals. Successes have created heightened expectations for Japan, ranked No. 4 in the world.

“Furthermore, in 2011, our team aimed to win the World Cup,” Sasaki said. “But since we triumphed in that tournament, the whole of Japan is watching us and there is a feeling of expectation that we should win this time. With this extra motivation, this tournament will be a major opportunity for further growth of the team at the top level.”

There is a cloud of mystery surrounding Japan’s greatest player in history: Homare Sawa. She hasn’t played for the team this year after featuring at that 2014 Asian Cup.

Sawa declared at the end of 2014 that she is not retired and she hopes to play at her record sixth World Cup in 2015. But Sasaki has been decidedly mum on the topic, avoiding any definitive answers in regards to Sawa’s immediate future with the team. He won’t give away her No. 10 jersey to another player, but Sawa wasn’t included in the team for the all-important Algarve Cup.

It is believed by some behind the scenes that Sawa’s time with Japan is over, and recent evidence suggests exactly that. Aya Miyama is now the captain — it is her team.

“This Algarve Cup is my first time to play a big game without Sawa,” Miyama told the New York Times. “It is difficult. I always think of her.”

Sasaki’s non-answer to FIFA.com’s question about ‘the next Sawa’ is probably the most telling:

“Well, she is still playing football and working hard. I feel that there are several players who could become the new Sawa and become players who step up at important moments in a game.”

Sawa is too important and respected to ever be replaced. But like all players, her career is finite.