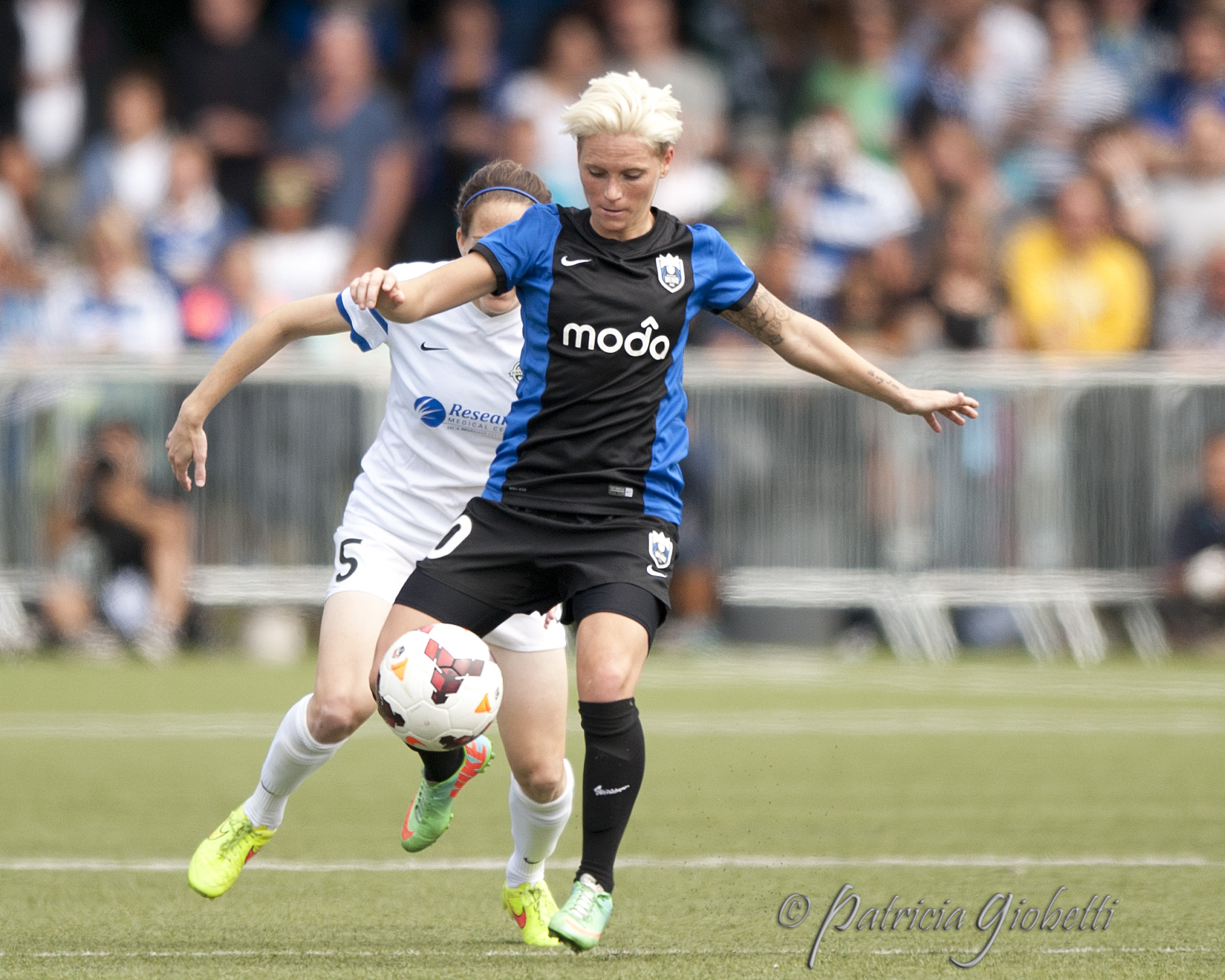 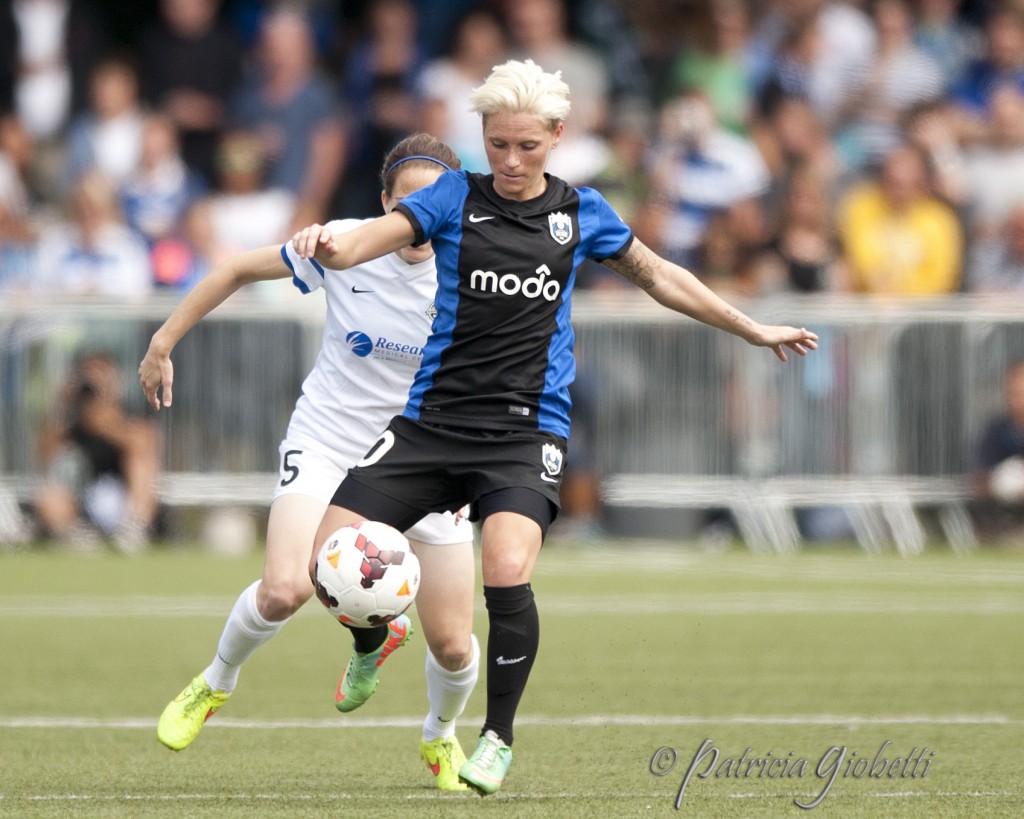 Jess Fishlock says the 2015 NWSL season is like her World Cup, since Wales did not qualify. (Photo Copyright Patricia Giobetti for The Equalizer)

Kim Little and Jessica Fishlock won’t be at the 2015 Women’s World Cup, an unfortunate reality for neutral fans who won’t be able to see two world-class players on the world’s biggest stage.

Little and Scotland came close, advancing to the four-team UEFA playoff but losing to the Netherlands, in the semifinals, 4-1 on aggregate. Fishlock and Wales fell short of making the playoff round, finishing third in Group 6 behind England and Ukraine.

So both players will be with Seattle Reign FC the entire National Women’s Soccer League season, which is very good news for the Reign. Seattle is only slated to lose Americans Megan Rapinoe and Hope Solo from its lineup due to World Cup obligations, meaning the rock-solid midfield of Fishlock, Little and Keelin Winters will be around all year to terrorize NWSL opponents.

And as much as it is disappointing that Little — one of the best players in the world in 2014, when she won league MVP — Fishlock won’t be at the World Cup, they aren’t seeing the NWSL as any sort of consolation. This is their big stage.

“It is our World Cup, and we’ll do everything in our power to make sure Seattle is in a good place when Hope and ‘Pinoe come back.”

Little, meanwhile, knows she wants more on the international level but isn’t over-thinking her team missing the World Cup.

“Yes, our goal as a team is to get to the Euros and the World Cups, but we’re not a high-ranked nation,” Little said. “Of course it’s extremely disappointing, but my focus is fully on (the Reign) now.”

Little missed a penalty kick in Sunday’s 5-1 season-opening win over the Western New York Flash, perhaps a sign of her traveling back from Scotland only a few days before the match. Still, she is the catalyst of Seattle’s lethal attack, scoring a league-record 16 goals in 2014. The Reign don’t look like they’ve missed a beat in the new season; with Little and Fishlock around all year, the rest of the league could be in trouble.