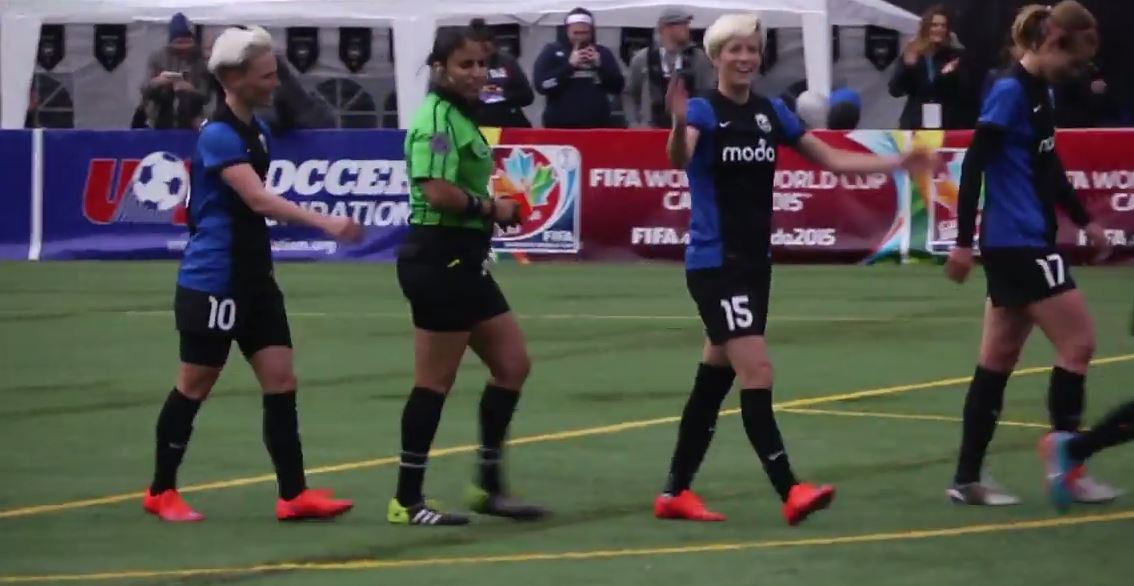 Ah, spring. That time of year when the long winter finally gives way to a warm but still crisp air.

And, of course, the return of weekly soccer. Welcome back, National Women’s Soccer League.

The NWSL kicked off season three this past weekend with eight of nine teams in action, providing entertaining matches and some world-class finishing.

These are the results and three takeaways from the first weekend of the 2015 NWSL season:

That was fun to watch, wasn’t it? The statement is applicable to a handful of tallies over the weekend. Carli Lloyd opened the scoring for the entire season on Friday with a rocket, and Allie Long added a couple of goals – including a silky finish on her second goal. Nadia Nadim smacked a sizzling half-volley on Sunday and Jess Fishlock’s flying volley to open the scoring in Seattle’s big win over Western New York. And of course, Megan Rapinoe’s hat trick stands on its own.

Blowouts and the young season

Look, Seattle Reign FC is still the best team in the league (yes, FC Kansas City holds the title). A 5-1 whooping a Western New York Flash team that hasn’t played a competitive match together isn’t all that surprising. As much as the Flash will need time to get sorted out, Sunday’s loss is the first of 20 matches in a long, wacky season that could be divided into halves or even thirds, the way player availability will trend. And don’t get too high on Portland yet after that 4-1 win over the Boston Breakers, who figure to finish bottom of the table.

Worth the ticket price

From goals to level of play, opening weekend was worth the price of admission. Three good crowds – 6,012 fans in Houston, 13,386 fans in Portland and 8,489 fans at Sporting Park in Kansas City – along with a below-average 2,642 in Seattle got their money’s worth. There were lulls in the Kansas City-Sky Blue matchup, but Dash-Spirit had some electricity to it and Portland’s new midfield and unexpected formation was intriguing. Seattle’s poise under pressure continues to impress, and the Reign weathered a minor early storm to convert that into a dominant result.