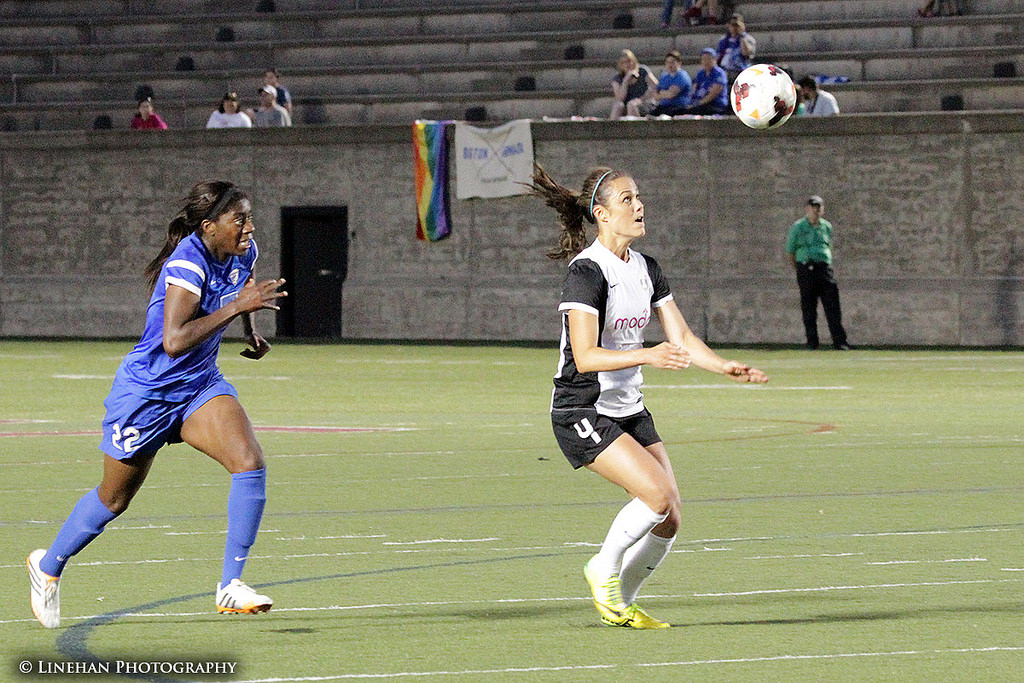 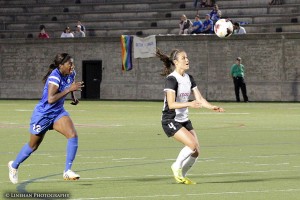 Kate Deines is one of several players who retired this offseason for financial reasons. (Photo Copyright Clark Linehan for The Equalizer)

The National Women’s Soccer League kicked off its third season on Friday, a campaign that will see a wide range of players participate due to the World Cup.

Many of amateur players will be called upon by every team over the coming months. They will not be paid for their services. Many of important players who are ‘full-time’ with their teams will play for salaries which will be barely livable.

The minimum salary in the NWSL this year is $6,842, while the maximum salary is up to $37,800. This season, of course, is a month longer than last despite fewer games. Each team operates on a $265,000 salary cap, which does not include allocated player salaries.

So how do players make it work? Some live with host families. Some get support from their parents.

And others give up, hence all the retirements this offseason.

I wrote a longform story on the subject over at NBC SportsWorld, looking at why players chase the dream and why some give up on it. Here is an excerpt:

“It’s actually pathetic when I think about what we make,” says Deines, who played for Seattle Reign FC for the first two seasons of the NWSL.

Deines played in 18 matches in 2014 for the Reign, starting half of them. The longtime Pacific Northwest inhabitant was traded to FC Kansas City in the offseason and she is exactly the type of player who is likely to have a great opportunity to take on a more prominent role this season and next as clubs deal with player absences due to the World Cup and Olympics. But Deines, who has a bachelor’s degree in communications and media studies as well as a master’s in continued education from the University of Washington, couldn’t continue to turn down business opportunities in favor of the low-paying league.

In the increasingly expensive Seattle housing market, Deines’ income level meant she lived in a five-bedroom house with three teammates and a pair of players from Major League Soccer’s Seattle Sounders.

“It definitely feels like an extension of college life, and it is way less glamorous than college,” Deines said.

CLICK HERE TO READ THE ENTIRE STORY ON NBC SPORTSWORLD